Hello, I am Lynn an 8th grade student from the English school Helsinki and I am very interested in physics and mathematics. I had the opportunity to have a one week work practice program in the space physics research team at the university of Helsinki in spring of 2022.

During this week I spent my time mainly learning about colormaps and their usage. I was also experimenting with code and a simulation from the Vlasiator group while trying to figure out which colormap is the best for research. I also got to attend a couple of meetings and lectures. I was also able to present my results in the group meeting.

To find out which colormap was best I went through all available colormaps and then created two opinion polls for others to vote on. 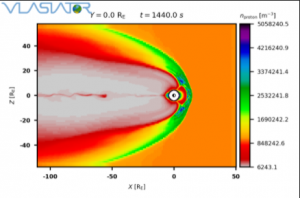 For the first one I was asking non-scientists to vote for the colormap that is most detailed and easiest to understand and with a majority of 66.6% nipy_spectral_r won.

The second opinion poll was focused on the most beautiful colormap and was shared with non-scientist and people from the space physics research team. This opinion poll had two winners: twilight and viridis. 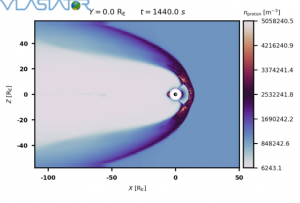 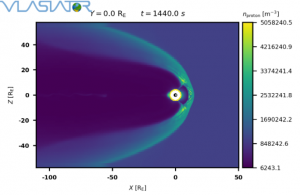 Many people don’t think about choosing the right colormap and they just use the default versions, but there are several valid reasons for choosing a different colormap.

Aside from working with colormaps. I was also able to speak with different people in the space physics group.I was introduced to both groups that make up the space physics team. The solar physics group, which focuses on the part between the Sun and the Earth’s magnetosphere, and the Vlasiator group that is working on a simulation that shows the effects of Sun storms hitting the magnetosphere.

I really enjoyed the time I spent here, gained a lot of knowledge and I got to meet many fascinating people.