Big data involves enormous, highly complex and unstructured data sets. It tracks activities and collects logs, often in real time. So when you change from one television channel to another, your activity may be saved on a server and potentially be combined with equally minute activities from others.

Are you then participating in public discourse and for the common good? Perhaps you are more than you think.

Big data bears great promises for sustainable innovation as it brings together people in completely new ways. No longer will you need to be active, form opinions on complex and distant issues, and communicate them to policy makers. Companies – often big ones – will do this for you.

Today big data relates to online marketing, but tomorrow it could optimize your energy consumption, reduce the amount of waste you produce and maybe, just maybe, even make living on this planet sustainable. That would constitute a very sound sustainable innovation policy.

Does this sound both liberating and frightening? Perhaps so, but it surely is apt to bring new opportunities for sustainable innovation. The catch is that we need new ways to approach people. It is not only about people’s data, it’s also about their competences, aspirations and communities. 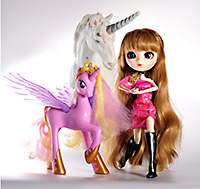 END_OF_DOCUMENT_TOKEN_TO_BE_REPLACED

Janne Hukkinen: Could Finland have a decentralized energy system?

In 1991, Germany enacted the Renewable Energy Act with feed-in tariffs. Solar arrays and wind farms gained guaranteed access to the electricity grid. Even individual households could become both producers and consumers of electricity. The aim was to close down the conventional centralized energy system based on non-renewables and launch a new decentralized system based on renewables.

Twenty years later, in 2011, Finland enacted a law on production support for renewable energy with feed-in tariffs. The contrasts between the German and Finnish law are striking. The Finnish law has minimum generation capacity requirements, which effectively prevents households from becoming producer-consumers. In Finland, the official aim of energy policy never was to close down the conventional energy system. Instead, nuclear, fossil fuels, peat and renewables go happily together in Finland’s energy policy.

Why is Finland’s energy policy such a “fossil”? How could the country’s energy policy renew itself?
These are the questions we pursue in the Defend project (Decentralizing Finland’s energy regime: The triggers and dynamics of transition), funded by the Academy of Finland’s New Energy research program (2015-2018). (https://blogs.helsinki.fi/jahukkin/research/ and http://www.aka.fi/en/research-and-science-policy/academy-programmes/current-programmes/new-energy/)

Although our work has only begun, one can make theoretically sound hypotheses about the differences between Germany and Finland. The late historian of technology, Thomas Hughes, argued that large technological systems such as energy systems have technological momentum. Quite like a freight train, such systems are difficult to stop because their mass and movement gives them a momentum of their own. The technological system is made not just of techniques and know-how, but penetrates deep into human culture.

One way of disrupting the conventional energy system is by feeding research-based evidence to policy makers. Members of the Defend project team, for example, have participated in a group of ten professors who have published policy briefs and reports on energy to decision makers and the general public (www.energiapolitiikka.fi). Our tentative results indicate that although these interventions have not started an energy transition in Finland, they have at least laid the foundation for an entirely new track of energy policy discussions focusing on alternatives to the status quo.

We are optimistic about the potential for change in Finland’s energy policy. Stay tuned.

END_OF_DOCUMENT_TOKEN_TO_BE_REPLACED

Policy approaches on immigration are no more centred only on multiculturalism and migrants’ integration in their host societies, but also on their roles and impacts in transnational contexts. Partly this reflects contemporary discourse on security, which has become increasingly intertwined with human mobility. In the counter-terrorism policy thinking, immigrants or refugees coming from conflict areas are seen as potential security threats to their host countries. They can “import” wars from their home regions in the form of clashes between subgroups of one migrant group or attacks against diplomats or other official representatives of “conflict parties” and their assumed allies. Or they can take part in a more abstract and ideological struggle against global injustices where the prosperous and culturally dominant West appears to be the natural enemy. Yet most of the recent terrorism-related charges brought against migrants in Europe concern attacks outside Europe or the planning of such attacks and recruitment of “foreign fighters”.

Many roles of migrants

New approaches stem also from the more general features of globalisation: human communication across long distances is faster and easier than ever before. This includes physical travel, media coverage, mobile and Internet connections, as well as money transfers. In 2013, for instance, according to the World Bank, remittances sent by migrants to developing countries totalled 404 billion USD, which is more than twice the amount of net official development assistance (ODA) of 134.8 billion USD. For some recipient countries, remittances can represent up to one third of their GDP. END_OF_DOCUMENT_TOKEN_TO_BE_REPLACED