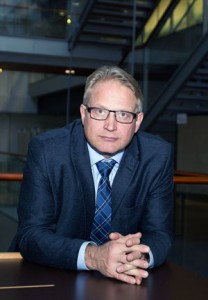 Celebrations and preparations for festivities

In early 2014 Faculty members were struck by the passage of time: a full decade had passed since our move, in early autumn 2004, from Hämeentie in the Sörnäinen district to the EE Building on the Viikki Campus. The EE Building’s tenth anniversary was celebrated in August. Two years after our move, the Clinicum building was completed in the south-east corner of the Campus, which meant that by 2006 the entire Faculty had moved from Sörnäinen to Viikki.

It was only natural and wise to move to Viikki and vacate the deteriorating buildings on Hämeentie, which were in need of extensive renovation. As well, on Hämeentie the Faculty was cut off from the rest of the University. The Viikki Campus is a dynamically developing multidisciplinary campus, which stimulates cooperation and provides a fertile environment for the development of research. The Veterinary Teaching Hospital’s customers have also found their way to Viikki.

In ten years, Viikki has become the home base for veterinary medicine in Finland. Close to a quarter of all veterinarians educated and practising in the country have graduated from Viikki.

Throughout 2014 the Faculty prepared for the University’s 375th anniversary, which will be celebrated in 2015 – conveniently the same year marking the 20th anniversary of our Faculty and the 70th anniversary of Finnish veterinary education. We designed a whole range of activities for various target groups and for all the events.

A year of solid performance

Similar to previous years, the Faculty’s publications were of a good level in terms of their quantity and quality. In addition to exceeding the targets set for doctoral education, the Faculty achieved good results in vocational specialist degrees and in Bachelor’s and Licentiate degrees. Several European postgraduate degrees recognised by the European Board of Veterinary Specialisation were completed in different clinical disciplines. The Faculty has been exceedingly successful in the provision of education, as testified by the Bachelor’s Graduate Survey and other educational indicators used by the Ministry of Education and Culture. This is largely due to our continuous development of education, motivated students, as well as committed teachers and staff.

While our results were good, the tough economy nevertheless had a bearing on the Faculty’s disciplines and the Veterinary Teaching Hospital. The entire staff had to take part in the Faculty’s cost-cutting measures, but it was worth it, seeing as the Faculty posted good financial results in 2014.

The competence of our staff is highly regarded in international organisations, and we are active in many sectors. For example, Professor Tomi Taira was appointed President of the Scandinavian Physiological Society, and Professor Olli Peltoniemi President of the European College of Animal Reproduction(ECAR), which supervises continuing education in this field.

The European Association of Establishments for Veterinary Education, an evaluator of veterinary education in Europe, often uses experts from the Faculty for its evaluation panels. I, for one, am on its Executive Committee.

In late 2014, the Academy of Finland released its report on the state of scientific research in Finland. The report is admittedly rather alarming, but it does highlight the success of the Faculty of Veterinary Medicine: ours is the most internationally successful discipline in Finland. 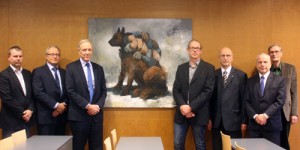 Artistic and financial support for the Faculty’s operations

To the pleasure of the Faculty’s students, staff and visitors, Vetcare Oy donated four animal-themed paintings by Samuli Heimonen to the University of Helsinki. Two of the works – “Kruunu” and “Päämaja” – now hang in the EE Building, and the other two – “Lohdutus” and “Reppu” – are in Clinicum. Veterinary research has benefited not only from the government’s research funding but also from the support of various foundations. I wish to extend a warm thanks to all our supporters.

Last year’s retirees included Professors Satu Pyörälä and Riitta-Mari ’Ritsku’ Tulamo, who had long and impressive careers in the Faculty. To Satu, Ritsku and everyone else who retired in 2014 – Satu Tanner, Tarja Salonen, Anneli Luoti and Tuire Pankasalo – thank you so much for helping to promote veterinary medicine.

The Faculty’s success and excellent performance are based on the work of all our staff members and students. Thank you all for 2014. In 2015 the University’s strategic plan for the next planning period will be drawn up. By pulling together we will pave the way for the future success of both the University and veterinary medicine.