The year began traditionally – with good news. Heli Hyytiäinen and Anna Boström, both physiotherapists at the Veterinary Teaching Hospital, received funding from the ANIWEL doctoral programme for 2014 and 2017. Both are writing a doctoral dissertation in veterinary physiotherapy. What makes this particularly noteworthy is that very few doctoral dissertations in the world have been completed in veterinary physiotherapy. The year also ended on a positive note: the Hospital managed to stay within the limits of its budget although turnover decreased by 250,000 euros. The total number of patients increased somewhat, although patient numbers at the Equine Hospital dropped by about 10%.

Steady number of patients at the Small Animal Hospital

The beginning of 2014 was quiet at the Small Animal Hospital, but operations gradually picked up. The increased competition has had an impact, but the annual turnover rose nevertheless.

After a restructuring of the staff responsible for treating animals, the Small Animal Hospital returned to an organisation divided into a surgical unit, an internal medicine unit and an emergency unit. The fast-paced anaesthesia team led by Paula Larenza discussed with the Hospital the possibility of establishing an independent anaesthesia unit that would serve the entire Veterinary Teaching Hospital.

Busy year at the Equine Hospital

Prompt action helped to minimise damage during a fire that threatened the Equine Hospital on 8 January. Rubber matting in one of the Hospital’s recovery rooms had caught fire during installation work. Luckily, the fire was detected early, and staff were able to begin extinguishing it before the arrival of the fire department. The recovery room was named Okko, after the person who extinguished the fire. 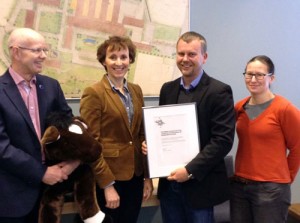 The manège project continued in the winter with a gala organised by the Helsingin ratsastajat riders’ association. Altogether 3,500 euros’ worth of proceeds were donated to the University of Helsinki manège fund. After the gala, a horseshoe challenge in support of the project continued throughout the summer and culminated at the Helsinki International Horse Show in October.

In early 2014 Dr Juhani Taponen took up office as the director of the Production Animal Hospital after Mari Heinonen was appointed as head of department. The Hospital pricelist was updated in the spring, and after careful consideration, the Hospital began to charge the general rate of municipal veterinarians. The change was smooth and will help to support the work of specialising veterinarians, among others.

After years of planning, the Saari Clinic renovation project finally kicked off. The aim is to fully renovate the cattle shed facilities and construct a new extension for the small animal practice.

The development of clinical teaching continued actively. Summer teaching was piloted in 2014 when students were offered the opportunity to complete three or six weeks of clinical training. Their experiences proved positive, so summer instruction will continue. A further aim is to expand the optional elements of the degree so as to boost student motivation. 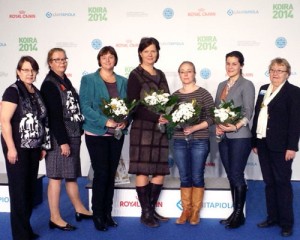 The Canine Health Research Fund presented its first grants to canine researchers of the University of Helsinki at the Koira 2014 dog event. The Fund was established together with the Finnish Kennel Club in 2009 to support clinical research on canine health and the causes of canine diseases. 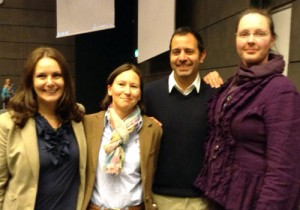 The Studia Veterinaria concept of lectures open to the public has become established as a means of improving communications between researchers and animal owners. In 2014, two lectures were held: one in the spring on the surgical treatment and anaesthesia of horses, and another in the autumn on internal diseases and endoscopic procedures in dogs.