A busy year of small reforms and overseeing student interests

EKY, or Eläinlääketieteen kandidaattiyhdistys, is the association of students at the Faculty of Veterinary Medicine. The association seeks to promote the interests of veterinary students, and organises diverse recreational activities to balance their often heavy workload. 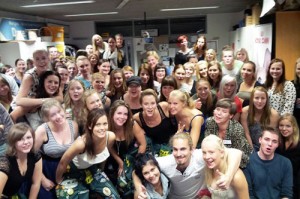 Cooperation with the Faculty

In 2014, EKY was involved in such issues as: implementation of the pilot-stage clinical instruction in the summer; changes in employment prospects (which is causing concern to students); and the much-talked-about changes concerning print quotas. The association maintained close contacts with the Faculty through meetings between the EKY board and the dean as well as through mediation with student members in the Faculty’s administrative bodies.

Over the year EKY organised not only its traditional events, but also tried some new ones. We continued last year’s idea of having evening outings with colleagues. Veterinarians in different fields told stories about their careers, hopefully giving students inspiration and encouragement for their own future careers.

The ‘EKY nights’, organised about once a month, provided students with new insights about, for example, birds, race-horses and the feeding of animals. EKY also offered sport activities: a weekly floorball session took place at the Viikki community centre, and members had the opportunity to go on various excursions, including to the Megazone laser-tag arena. In Uppsala, EKY participated in the Nordiska Veterinär Mästerskapet, the sports championships for Nordic veterinary students. Though winning no official trophies, the team did have moderate success in athletics. Throughout the year, the K9 dog club, the Eqvet equestrian club, the Felis cat club and the EHK gentlemen’s club organised numerous activities. A new club, VetMed, was founded for Swedish speakers and Svecophiles. 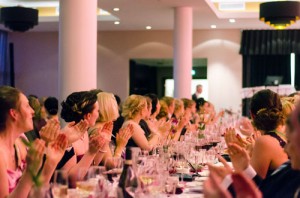 The year 2014 opened with an ‘Into the future’ theme party at the C-grundi recreation room in Viikki. In the spring, EKY organised get-togethers with other student associations. EKY’s 68th anniversary was celebrated in the splendour of Salmisali Hall, located at the Salmisaari Sports Centre. The traditional Mayday celebrations organised in 2014 included a pesäpallo match against the Sampsa organisation of agricultural sciences students, the “PreWappu” ritual (incl. the binding of the legs of the equestrian statue ‘Maternal Love’), and the morning-after “herring breakfast” at Ullanlinna Park. Autumn events included a slightly updated concept of the Selliappro bar-hopping tour, the fresher’s initiation parties, the ‘A-tarjous’ event organised by first-year students, and the Christmas party organised with other Viikki student organisations. New students were encouraged to join the activities by offering them the varsapassi ‘young buck’ pass, which can be redeemed for a prize when actively completed.

Especially with respect to lobbying, 2014 was a busy year for EKY, but the parties and the other recreational events brought a nice balance to the hard work. Since the number of new partners taking part in the activities was so rewarding, we can look forward to even more challenges and livelier activities in 2015.

Julia Gustafsson
Chair of the Board