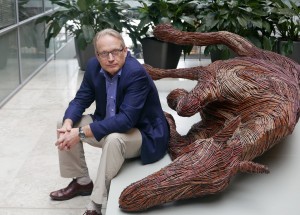 The year 2015 brought the Faculty both joy and worry.

The University of Helsinki celebrated its 375th anniversary, and our Faculty its 20-year history, in many different ways. The year also commemorated the 70th anniversary of veterinary education in Finland: in 1945, the College of Veterinary Medicine began its operations on Hämeentie in the Sörnäinen district of Helsinki.

The three-day doctoral conferment ceremony in veterinary medicine, held in early June, was the anniversary year’s most prestigious academic celebration. Conferrer of Degrees, Professor Terttu Katila-Yrjänä conferred 67 doctoral degrees on the Faculty’s graduates, 10 honorary doctorates, and a jubilee doctorate on Ritva Poukka Evarts, who received her degree in the first Finnish doctoral conferment ceremony in veterinary medicine 50 years ago. 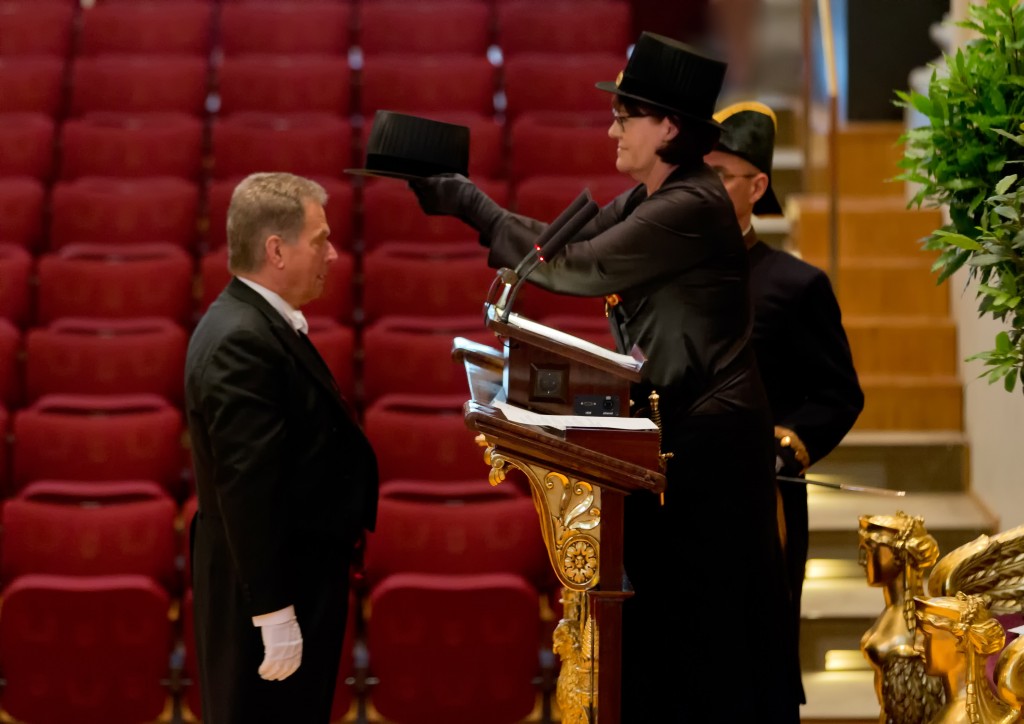 The honorary doctorates were conferred on veterinary researchers, the Faculty’s cooperation partners and friends from Finland and abroad. In his speech, President of the Republic Sauli Niinistö, who received an honorary doctorate, expressed his admiration for Finnish veterinary medicine: “Finnish veterinary science is at the international top. Both pets and production animals receive high-quality care. Animal diseases are well under control in Finland, thanks to the responsible actions of our veterinary profession. Today’s consumers want to know the origin and production method of the food they eat. Through their choices, conscious consumers want to show they care about the wellbeing of production animals. Finnish food is a tasty export product, and a reliable food production chain is its best promoter.” Honorary doctorates were also conferred on Matti Aho, Director General of the Finnish Food Safety Authority Evira; Professor Emeritus of Epidemiology Ian Dohoo; Professor Michel Georges, researcher of domestic animal genetics; Eeva Kuuskoski, LicMed; Esa Manninen, MSc; Anne Marie de Passillé, researcher of production animal behaviour; Erkki Pyörälä, LVM; Charles E. Short, Professor Emeritus of Veterinary Anaesthesiology and Pain Therapy; and Professor Roger Stephan, Researcher of Food Safety. The conferment ceremony was the fourth ever for veterinary medicine in Finland. Special thanks go to the Conferment Committee, which ensured that the prestigious celebration was a great success. The first two conferment ceremonies were held at the College of Veterinary Medicine (1965 and 1995), and the third one was organised at our present Faculty in 2008.

The Faculty’s 20-year history is replete with memorable events and activities. An online chronicle of the Faculty’s establishment and subsequent operations was published on Faculty Day in early 2015. It contained memories written from different perspectives by 20 authors from the Faculty’s past and present. The chronicle is available (only in Finnish) at: http://issuu.com/eltdk/docs/elainlaaketieteellinen_muistelukirj/1. 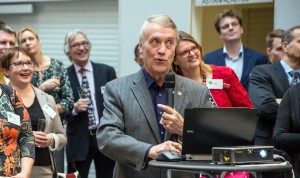 The family history of Miller, a third-generation veterinarian, predates by far the beginning of veterinary education in Finland. The information stalls set up for the event presented today’s veterinarian research and education to stakeholder representatives. The multiple talents of the Faculty’s professors became apparent with Antti Iivanainen and Olli Vapalahti providing the evening’s musical offering. In addition to receiving greetings from Finland, the Faculty was honoured by greetings brought by Rector Mait Klaassen and Director Anders Aland of the Institute of Veterinary Medicine and Animal Sciences, Tartu, Estonia. 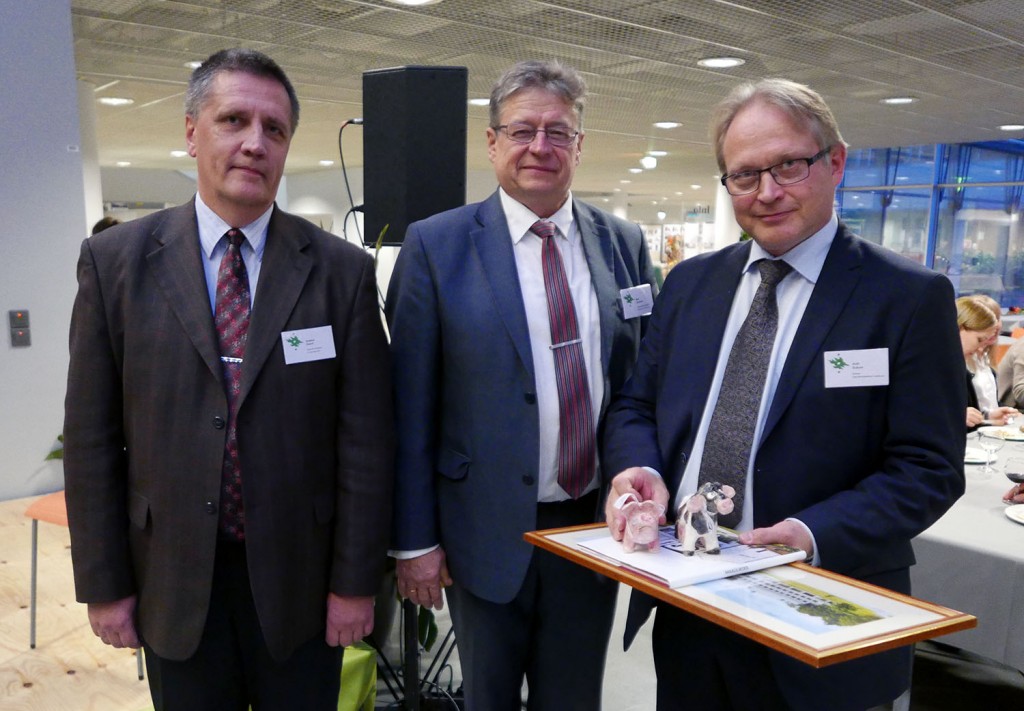 Anders Aland and Mait Klaasssen from Tartu with Antti Sukura.

Dark clouds began to form over our University in the spring, however. In response to the dire state of the Finnish economy, the country’s new Government published a list of cuts that did not treat the education sector lightly. The University of Helsinki suffered yet another cut with the revocation of the pharmacy compensation. The University worked hard to make the cuts more reasonable and to retain the compensation as part of the University’s core funding, but with poor results. The University drew up a Change Programme to balance its finances, which unfortunately included staff cuts and led the University to initiate cooperation negotiations in the autumn. A major revamp project was also launched to create brand new administrative and degree structures. This added fuel to the debate on faculty structures. Uncertainty about the future as well as concerns about working conditions and adaptation to change overshadowed the autumn term.

Despite the threats, the Faculty was very successful on many fronts. It exceeded its targets for undergraduate degrees and awarded a record 25 doctoral degrees: 16 Doctors of Veterinary Medicine and 9 Doctors of Philosophy. Such success would not have been possible without the Faculty’s motivated students and a committed staff.

Amidst all the changes, we should bear in mind that Finnish society will continue to need veterinary medicine and veterinarians trained in Finland. As President Sauli Niinistö noted: “Only by learning more about animals can we strive to improve their wellbeing and increase our understanding of ourselves in relation to other species.” Add to this the role played by veterinary medicine in food hygiene and environmental health, and it is easy to conclude that our work is of great significance.

I wish to extend my great thanks to staff and students for all your good work in 2015.