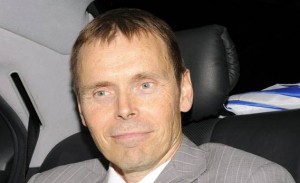 The year 2015 was unique in the history of our Faculty. In a festive mood we prepared for our 2015 conferment ceremony, which took place in a sunny Helsinki from 4 to 7 June 2015. Ours was the only conferment ceremony arranged during the University of Helsinki’s 375th anniversary. In 2015, the University of Helsinki comprised 11 faculties and 17 independent institutes. It was by far the most broad-based multidisciplinary university in Finland and generally considered the country’s leading research university.

The participants in the conferment ceremony comprised mainly Doctors of Veterinary Medicine and Doctors of Philosophy who had graduated after the previous ceremony, held in 2008. The previous ceremony and the one before it were separated by 13 years; the 2015 event and the one before it by only 7. Nevertheless, the number of potential participants in the conferment ceremony remained the same as seven years ago: around 100 doctoral degree holders, 68 of whom took advantage of the opportunity.

The Faculty also awarded a record 25 doctoral degrees during its anniversary year: 16 Doctors of Veterinary Medicine and 9 Doctors of Philosophy. Another record was made when the dissertations of four doctoral graduates – Eveliina Palonen, DVM; Zhen Zhang, PhD; Yagmur Derman, DVM; and Riitta Rahkila, DVM – were approved with distinction. The University of Helsinki dissertation award went to Elias Dahlsten, DVM, who defended his dissertation in 2013. The title of primus doctor was conferred on him during the Faculty’s 2015 conferment ceremony.

In clinical research, our diplomates successfully supervised students in their fields of specialisation. The European Board of Veterinary Specialisation (EBVS.eu), an umbrella organisation coordinating veterinary specialist degrees in Europe, focused on promoting the legal, official status of veterinarians who have completed their specialisation in international residency programmes. As a result of these efforts, diplomate degrees in veterinary medicine are expected to receive an official status in international legislation through the Common Training Framework mechanism. 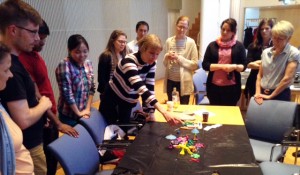 The Faculty’s third Researcher Forum, held on 11 June 2015 at Järvenpää-talo, focused on innovation in academic work communities. Guest speakers included Professor Reijo Salo, SVP, Research and Development at Orion, who gave a speech on “How innovations are born and how they breed into success”, and Frank Martela, Postdoctoral Researcher at Aalto University, whose presentation was entitled “Innovations are born out of intrinsic motivation”. The departments presented their research projects, and at the end of the day, researchers got to display their innovativeness with modelling clay.

Right before the year’s end, we heard excellent news regarding the Faculty’s research: Professor of Milk Hygiene Miia Lindström received substantial European research funding in the form of an ERC Consolidator Grant of approximately €1.5 million for her first-rate work. Assistant Professor Mirko Rossi from the Department of Food Hygiene and Environmental Health also received substantial international EFSA funding of some €500,000.

In conclusion, the Faculty’s research and researchers continued their success in 2015 despite the more difficult operating environment. In my role as master of ceremonies, I wish to thank all of you who participated in the conferment ceremony for a successful – highly visible – academic celebration. I also wish to thank all of the Faculty’s researchers, including the support staff, for yet another successful year.