The Veterinary Teaching Hospital had a good year in terms of teaching, research and finances

In 2015 the Veterinary Teaching Hospital generated a surplus of approximately €100,000 – the best result in the Hospital’s history. We hope that the surplus will help us soften the impact of the University of Helsinki’s major cost-cutting needs. Patient numbers decreased somewhat, most visibly at the Equine Hospital. The long-standing economic problems are continuing to have a strong impact on the equine sector. The number of matings has decreased every year, and although the Equine Hospital still treats a fair number of horses, owners’ liquidity issues are increasingly affecting treatment decisions. At the Small Animal Hospital, patient numbers decreased only slightly, mainly as a result of changes to the competitive situation in the veterinary sector. The number of production animals has remained stable in the Hospital’s practice area, and the agreement on veterinary services was again renewed with the municipality of Mäntsälä. The Hospital continues to operate nationwide: in 2015 it treated patients from 283 Finnish municipalities or cities and also served a number of patients from Russia and the Baltic countries.

A major change in teaching was the introduction of two-week clinical rotations. Previously, clinical groups did three-week rotations, but now the entire clinical rotation system was overhauled. Optional elements were expanded, a pathology period and a period of practical training in a slaughterhouse were included in the clinical rotation, and summer instruction became a regular part of studies. Feedback from students has been positive. In 2015 the Veterinary Teaching Hospital hosted 27 exchange students studying veterinary medicine at institutions of higher education outside Finland; they completed just under 500 credits at the Hospital. Cooperation with other educational institutions continued as before: the Hospital offered traineeships to students from universities of applied sciences and students pursuing a further vocational qualification.

Each year, the Veterinary Teaching Hospital contributes to some 40 scientific publications. The Hospital’s research services relate to the use of equipment and facilities, HR services and data in the patient record system. The Hospital was involved in, for example, the Tampere University of Technology’s KurkoBoneApps preclinical study on sheep and rabbits as well as in a multidisciplinary study exploring the ability of dogs to detect illnesses, particularly cancer. The latter study is a collaboration between the University of Helsinki’s Department of Equine and Small Animal Medicine, the HUCH’s Department of Oncology, HUB Biobank, the University of Eastern Finland’s School of Pharmacy, and the Finnish Wise Nose association; the project coordinator is Docent Anna-Hielm Björkman. In the spring, 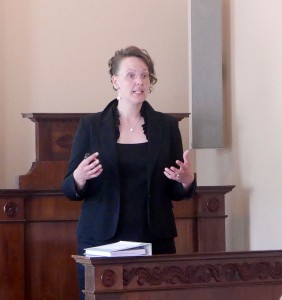 MSc Heli Hyytiäinen, a physiotherapist at the Veterinary Teaching Hospital, defended her doctoral dissertation entitled “Developing a physiotherapeutic testing battery for dogs with stifle dysfunction”. The dissertation received well-deserved attention in the media because only six people in the world have completed a doctorate in veterinary physiotherapy.

The 375th anniversary of the University of Helsinki was celebrated with the theme “Animal University”. Helsinki’s first pop-up cat café opened in Viikki to great success. During the week the café was open, more than 1,000 customers visited. The café’s seven pet cats enjoyed the experience, and sponsors and partners also found the collaboration successful. The Studia Veterinaria public lecture series continued in the spring, and lectures were also held at the University’s Think Corner during the national “Animal Week”. The Veterinary Teaching Hospital also celebrated an anniversary of its own in 2015 when the Small Animal Hospital turned 50 in September.

The impact of the University’s Change Programme was felt at the Veterinary Teaching Hospital in spring 2015: the planned renovation of the Saari Clinic was cancelled and only surface repairs were completed, but luckily the clinic operations were able to continue in the autumn. Unfortunately, the cattle shed facilities remained closed for about six months, which caused staff layoffs. The University began cooperation negotiations in the autumn. Although the Veterinary Teaching Hospital also expects to be affected, it remains confident in the future: Finland’s only institution of veterinary education needs a high-quality traineeship unit for its students.