In September 2013, four students from the Faculty of Law, University of Helsinki were selected to represent the fictitious states of Amalea and Ritania in the “Case Concerning the Malachi Gap”. These students, under the helpful watch of two coaches, competed on behalf of Team Finland in the Philip C. Jessup International Mooting Competition 2014.

Throughout the subsequent eight months, our team unravelled the case of Amalea v Ritania; an ample twenty-one pages of legal issues concerning maritime conservation and development, salvage law and criminal jurisdiction. Our efforts involved endless hours of research in the library, the drafting of memorials and, later, the nerve racking practice of presenting them orally before the mock International Court of Justice.

Whilst our participation in the European Friendly Round in Vienna gave us an invaluable taste of the competition to come, nothing could have fully prepared us for International Rounds, which awaited us in the USA. In Washington D.C., the sheer magnitude of the event and the anxiety of atmosphere would set even the most confident of delegates on edge. One-hundred-and-twenty-six teams – ranging from Brazil to Bhutan – joined in one common aim; winning the “Case Concerning the Malachi Gap”. This single case was to give rise to hundreds of triumphs and defeats… and as many smiles and also tears along the way. And Team Finland was no exception! After four challenging pleadings, against opponents such as Jerusalem, Israel and Oxford, England, the team was exhilarated but relieved to say the least. 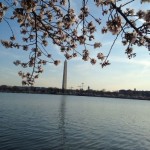 Whilst the tough draw and variety in scoring depending on the judge kept us out of the final thirty-two this time, the thrills of the Jessup and the reiterated intricacies of hot pursuit and the law of finds are certainly here to stay. What’s more, the connections made – not only with those delegates from other countries, but within Team Finland itself – will be sure to outlast that two short, but manic weeks spent mooting the halls of Washington D.C.

Jessup International Law Moot Court Competition – What is it?