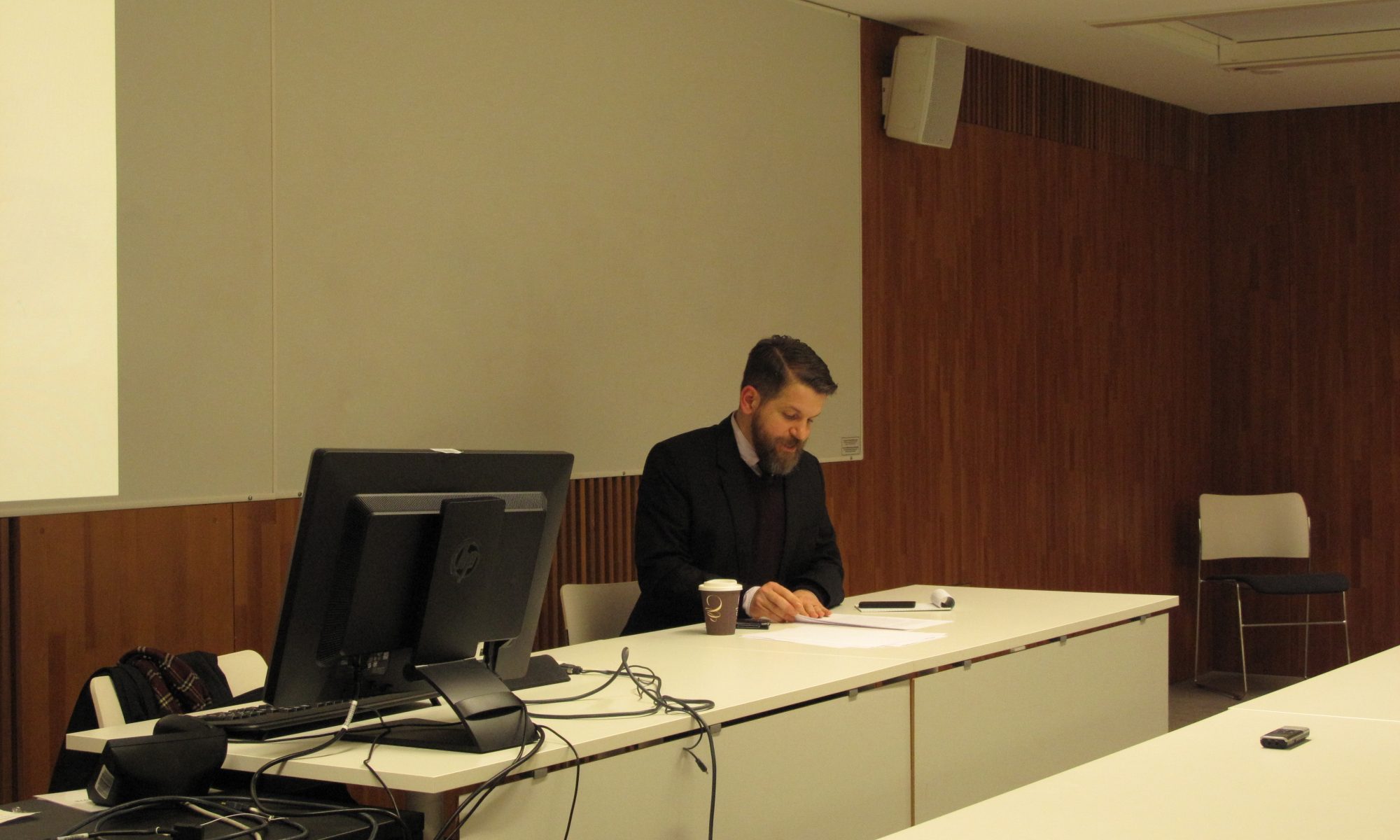 International Intervention and the Performativity of Public Communication in Post-Conflict Macedonia: Toward a Communicative Theory of Transnational Governance

In this presentation, I analyze how diplomats from the United States and European Union marshaled public communication as a political tool in the Republic of Macedonia following the country’s 2001 armed conflict. At this time, American and European representatives regularly engaged the Macedonian press, using media interviews, press conferences, public addresses, and official reports to offer near constant commentary on political decisions facing the country. Through an ethnographic elaboration of foreign representatives’ participation in the Macedonian public sphere on politics, the talk develops how foreign officials’ commentary was performative in that its pragmatic effect, of expressing approval or disapproval, produced new and consequential contexts that would affect how others (e.g., Macedonian politicians) participated in the public.  In tracing the powerful but fragile ways in which such public interdiscursivity functioned to modulate political decision-making in Macedonia, the article links scholarship on governmentality with that on the public sphere to advance a deeper reading of communicative dimensions of governmentality as well as the governmental politics of publicity.