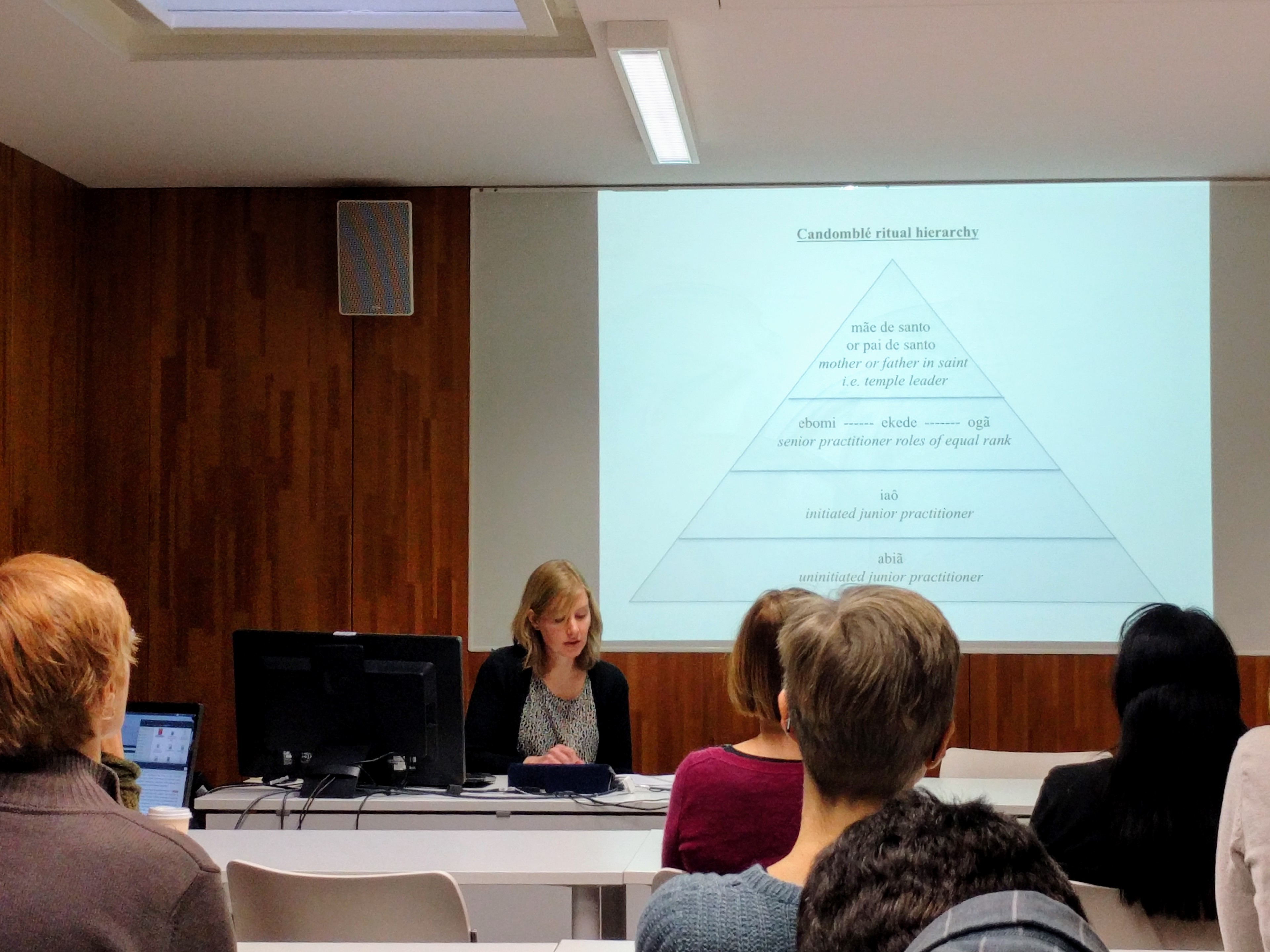 Elina Hartikainen (Helsinki Collegium of Advanced Studies) gave a talk titled “Democracy and the Right to Respect: Provocations of Afro-Brazilian Religious Citizenship in Salvador, Brazil” in our visiting seminar on January 20th, 2017.

How do religions other than Christianity or Islam inform engagements with and constructions of democratic citizenship? What do such alternative religious configurations tell us about the (in)malleability of liberal notions of the citizen subject? This talk explores these questions through an analysis of efforts by activists from the rigidly hierarchical Afro-Brazilian religion Candomblé to construct a religiously grounded model of democratic citizenship.

Candomblé provides a model of subjectivity that at first glance is diametrically opposed to the liberal ideal of an autonomous and egalitarian political subject that undergirds democracy as a political project. And yet, in the mid to late 2000s in the city of Salvador, Candomblé’s core area of practice, large numbers of the religion’s practitioners began to frame their efforts to mobilize against growing levels of Pentecostal Christian aggression as an example of democratic citizen action. In this talk, I examine how the interplay between Candomblé practitioners’ engagement with democratic values and practice and their strong commitment to the religion’s hierarchical order manifested in and organized the discursive and interactional dynamics of religious activist meetings in Salvador in the late 2000s. I argue that Candomblé activists’ efforts to commensurate religious and democratic notions of respect and tolerance were productive of novel forms of political subjectivity and practice that challenged and transcended the ideals of egalitarian democratic citizenship and hierarchical religious practitionership on which they were premised.