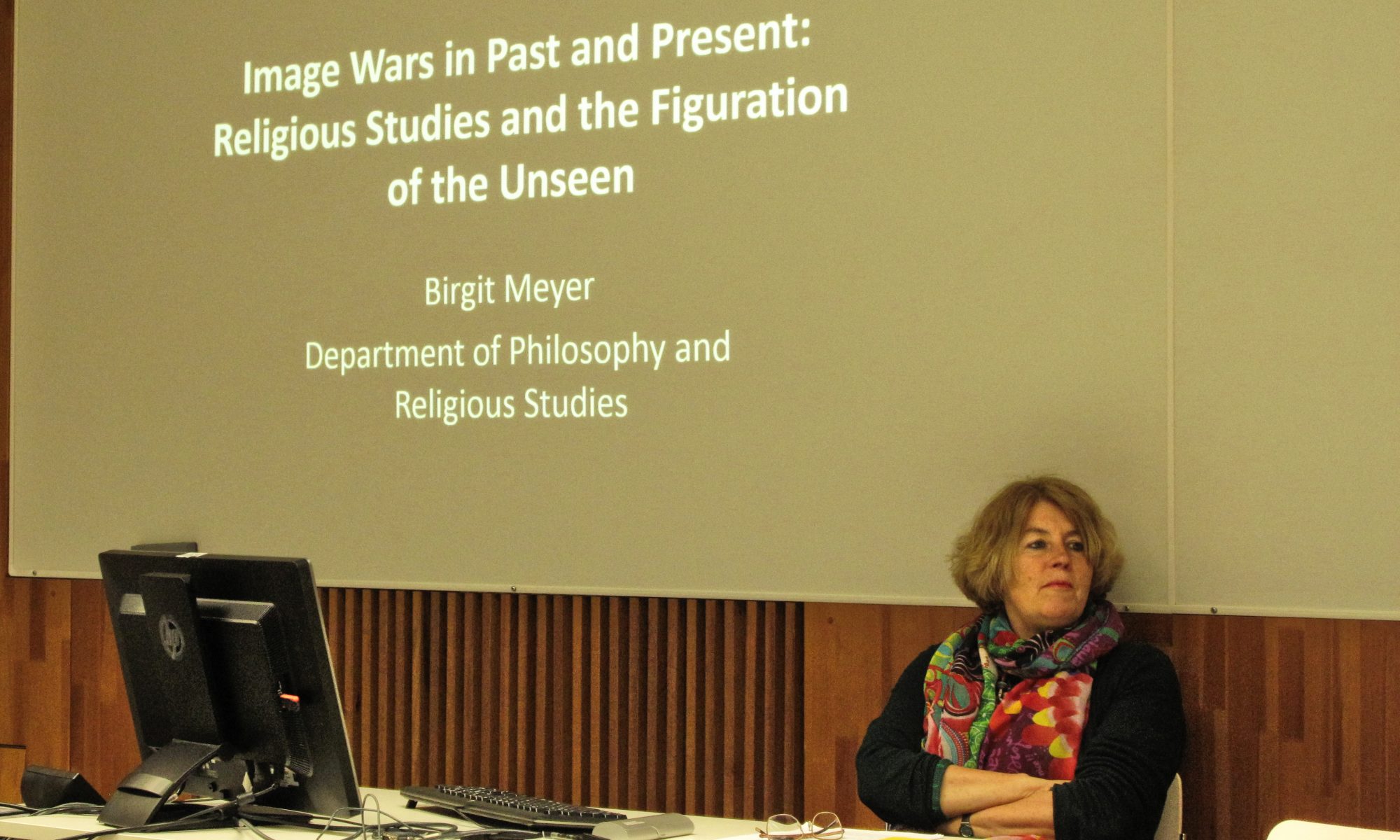 On May 12 Birgit Meyer (Utrecht University) gave a talk titled “Image Wars in Past and Present: Religious Studies and the Figuration of the Unseen”.

Abstract:
The point of departure of this presentation is that human relations to images are culturally constituted and are central to the politics and aesthetics of world making. Images, and human attitudes towards them, are formidable entry points for cultural analysis devoted to understanding the constitution of worlds of shared life experiences and clashes between such worlds. Evolving around particular figurations of the unseen, religions play a central role in shaping human-image relations, and that has longstanding repercussions for the secular sphere. In this presentation I will 1) address the repercussions of the rejection of images as suitable harbingers of the divine in favour of the biblical text on the part of Calvinists for the concepts and approaches developed in the study of religion (and society), 2) point at the implications of the export of an iconoclastic stance by Protestant missions to West Africa, where they kicked off an image war against the indigenous gods, which were dismissed as pagan, and 3) by way of conclusion, speak to the current struggles over images in a global, culturally, and religiously diverse setting.

One Reply to “Birgit Meyer: Image Wars in Past and Present”