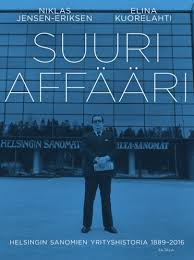 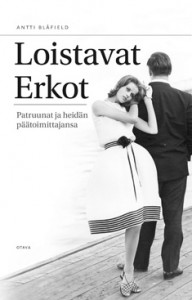 The research project studies the biggest and the only national newspaper in Finland – Helsingin Sanomat. The work is conducted at the University of Helsinki, in the Department of Philosophy, History, Culture and Art Studies. The project is led by Professor of Finnish and Nordic history Markku Kuisma.

The newspaper was founded in 1889 as Päivälehti by a group of young intellectuals and political activists. The aim of the daring and small “start-up” was to have a channel primarily in the Helsinki region for a rising political movement Nuorsuomalaiset existing within the Fennoman movement. Päivälehti being too critical towards the influence of the Russian Empire in Finland was

abolished in 1904 by the Russian officials. Four days later Helsingin Sanomat was founded to replace the abolished newspaper. During the next few decades, the paper that started off as a political channel and a vague start-up grew into independent and national newspaper which nowadays has the highest circulation figures in the Nordic countries. In addition, Sanoma Oy company that was established to publish Helsingin Sanomat at the turn of the 20th century have transformed from a small and indebted family-business into a well-off multinational stock company operating in twenty countries.

The research is funded by the Helsingin Sanomat Foundation. For more information, please contact the research assistant Ahto Apajalahti (ahto.apajalahti at helsinki.fi).