Department of Medical and Clinical Genetics, University of Helsinki

OBJECTIVE: The diagnosis of carcinoma in both the uterus and the ovary simultaneously is not uncommon and raises the question of synchronous primaries vs. metastatic disease. Targeted sequencing of sporadic synchronous endometrial and ovarian carcinomas has shown that such tumors are clonally related and thus represent metastatic disease from one site to the other. Our purpose was to investigate whether or not the same applies to Lynch syndrome (LS), in which synchronous cancers of the gynecological tract are twice as frequent as in sporadic cases, reflecting inherited defects in DNA mismatch repair (MMR).

RESULTS: Synchronous carcinomas were molecularly concordant in all cases. Prior or concurrent complex (but not simple) endometrial hyperplasias showed a high degree of concordance with endometrial or ovarian carcinoma as the endpoint lesion.

The annual AACR meeting was organized in Chicago, USA in April 14th-18th. 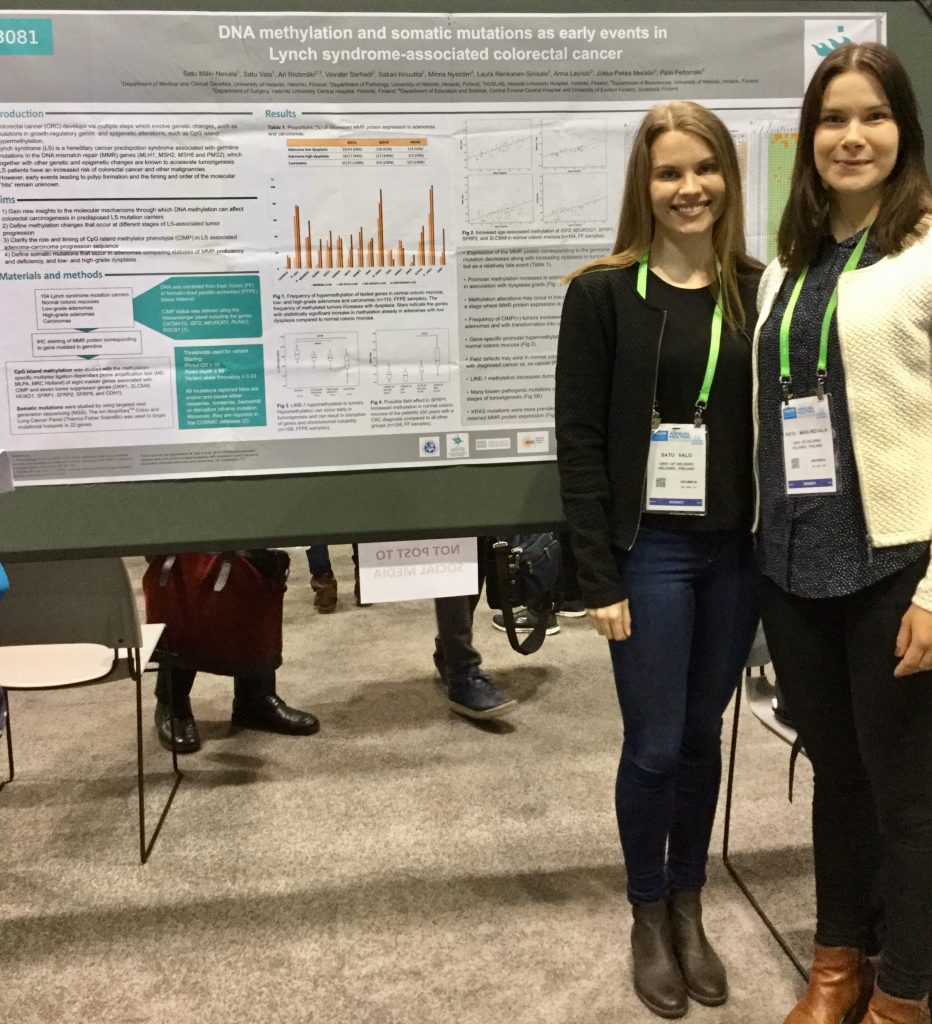 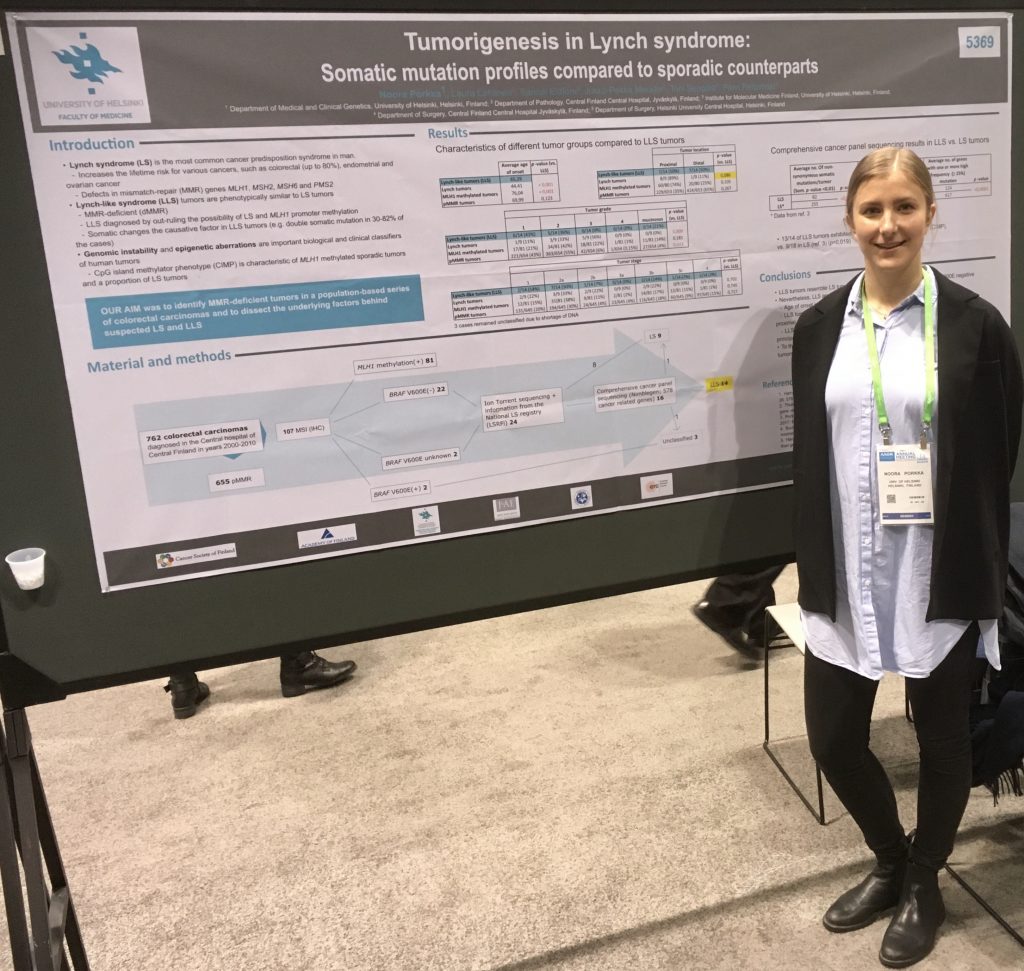 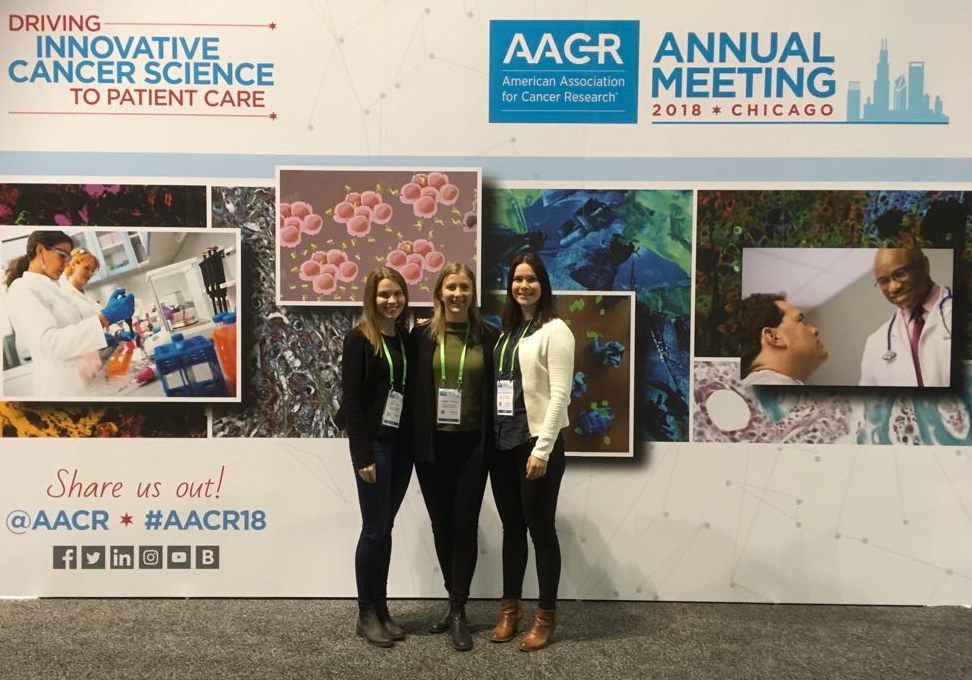