The Annual Meeting of the Finnish collaborative HNPCC reseach groups was organized in Jyväskylä on 9-10th of March. 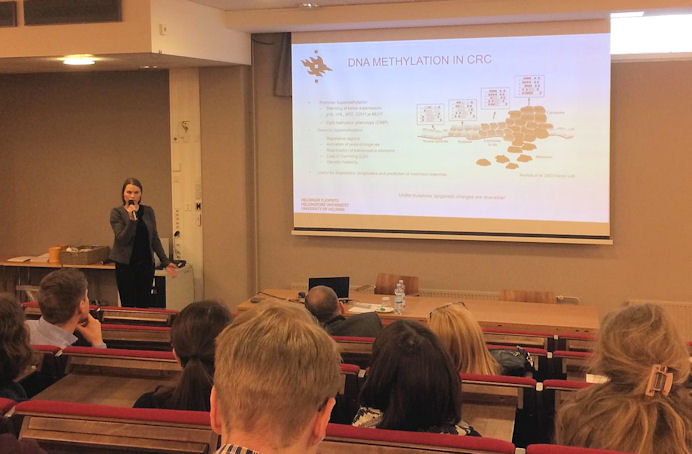 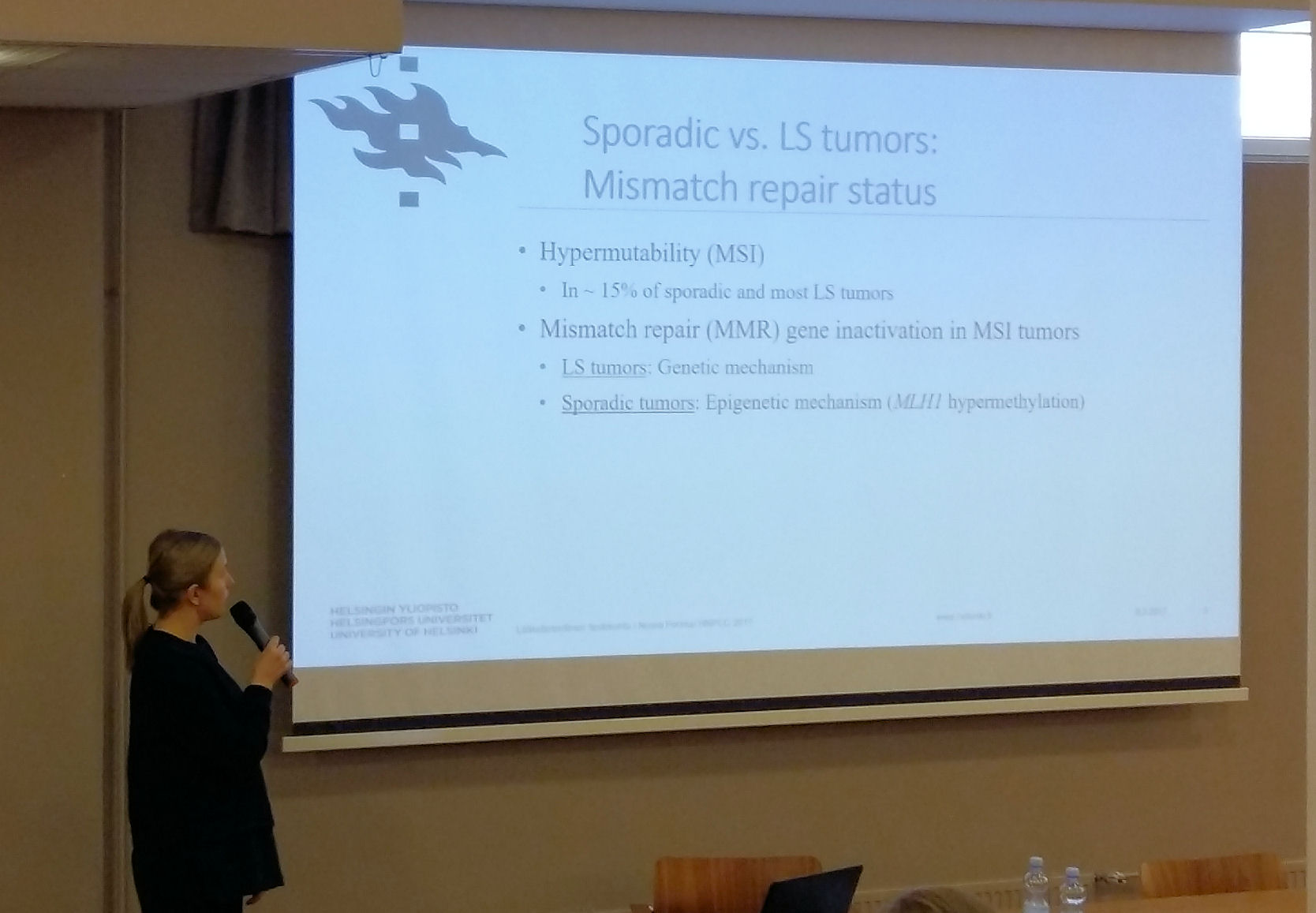 DNA repair mechanisms maintain genome stability by preventing the multiplication of genetic errors, caused by environmental factors and intracellular processes during cell division. Unrepaired damage may permanently alter the genome and cell functions, and even minor changes in DNA strand may initiate malignant transformation of the cell. Up to 25 000 changes in DNA occur daily in a single actively dividing cell, and these changes are continuously repaired. If DNA repair mechanisms are impaired, errors will accumulate into the genome. As numerous factors of different nature can cause genetic errors, several different DNA repair mechanisms are necessary to ensure genomic stability. 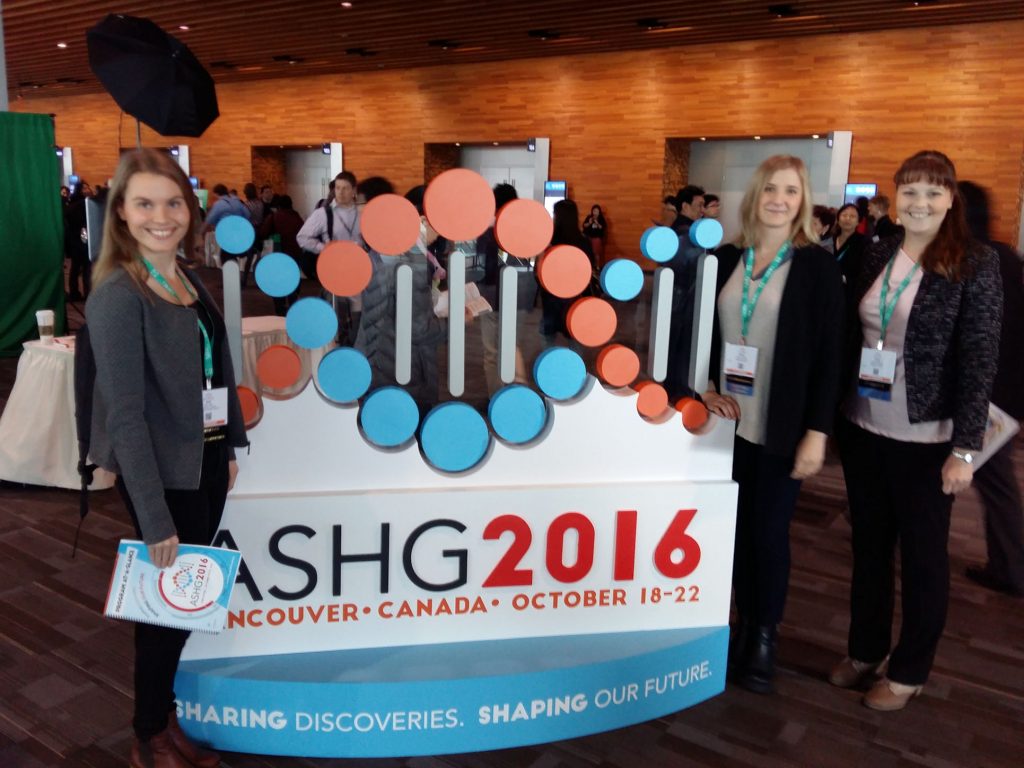 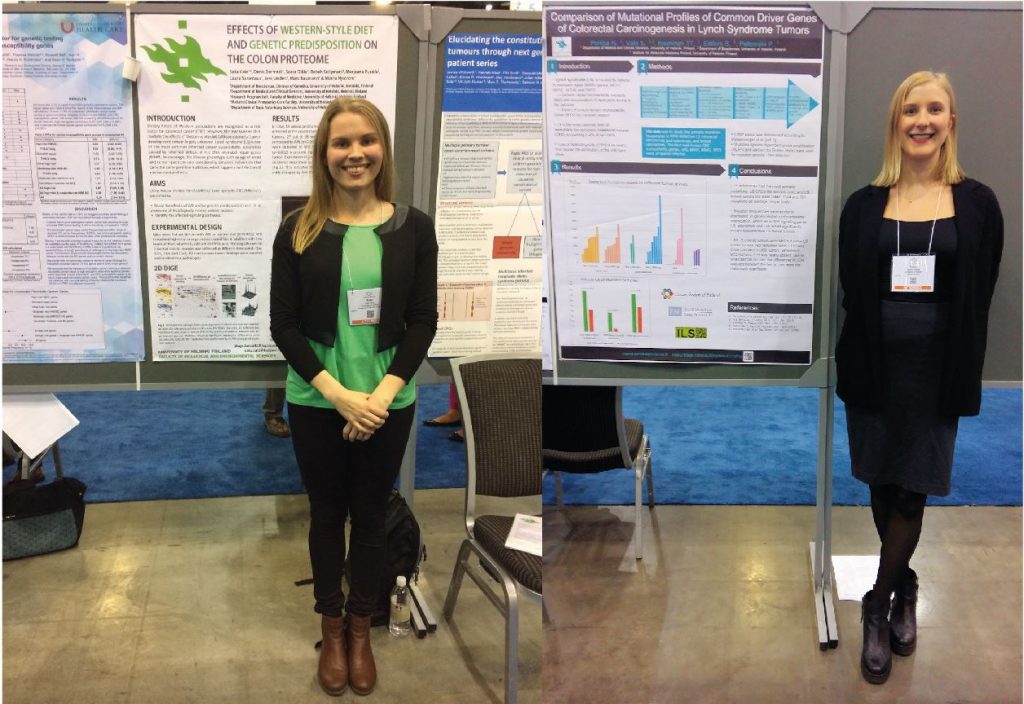 Poster presentations at ASHG by Satu Valo and Noora Porkka 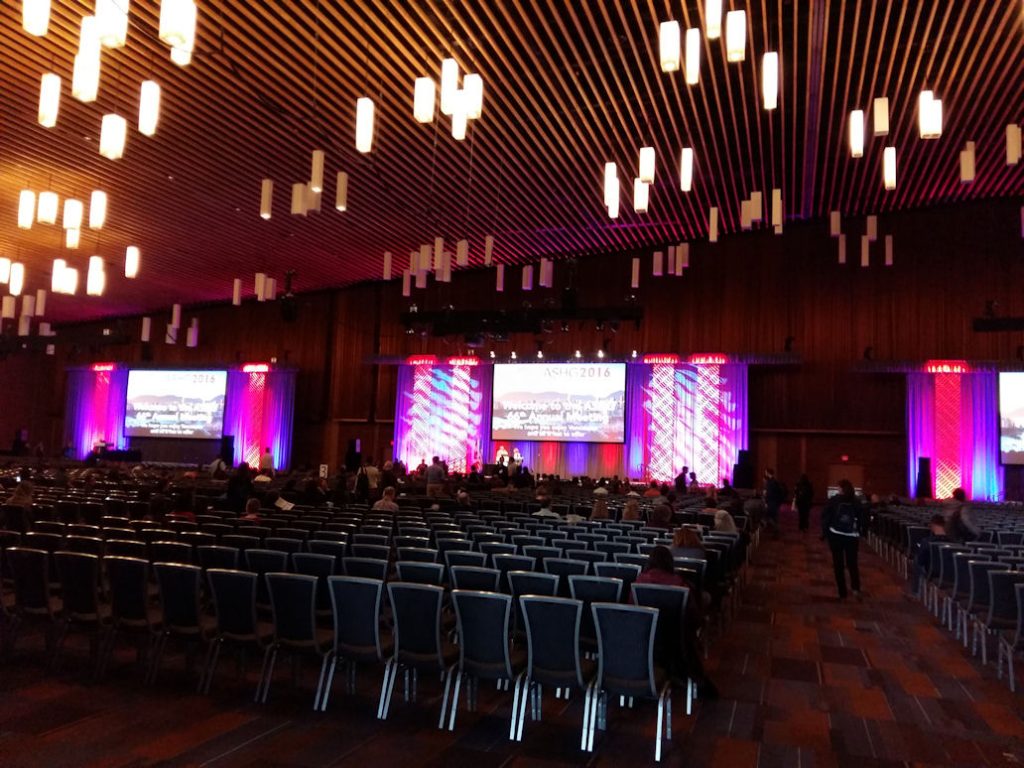 Allele-specific expression (ASE) of the Adenomatous Polyposis Coli (APC) gene occurs in up to one-third of families with adenomatous polyposis (FAP) that have screened mutation-negative by conventional techniques. To advance our understanding of the genomic basis of this phenomenon, 54 APC mutation-negative families (21 with classical FAP and 33 with attenuated FAP, AFAP) were investigated. We focused on four families with validated ASE and scrutinized these families by sequencing of the blood transcriptomes (RNA-seq) and genomes (WGS). Three families, two with classical FAP and one with AFAP, revealed deep intronic mutations associated with pseudoexons. In all three families, intronic mutations (c.646-1806T>G in intron 6, c.1408+729A>G in intron 11, and c.1408+731C>T in intron 11) created new splice donor sites resulting in the insertion of intronic sequences (of 127 bp, 83 bp, and 83 bp, respectively) in the APC transcript. The respective intronic mutations were absent in the remaining polyposis families and the general population. Premature stop of translation as the predicted consequence as well as co-segregation with polyposis supported the pathogenicity of the pseudoexons. We conclude that next generation sequencing on RNA and genomic DNA is an effective strategy to reveal and validate pseudoexons that are regularly missed by traditional screening methods and is worth considering in apparent mutation-negative polyposis families. 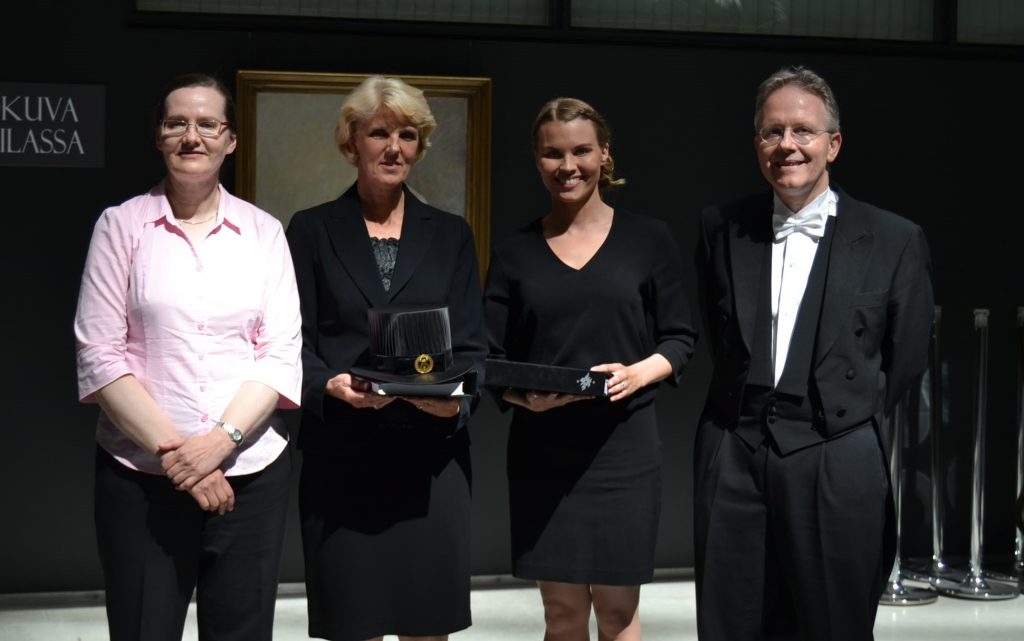 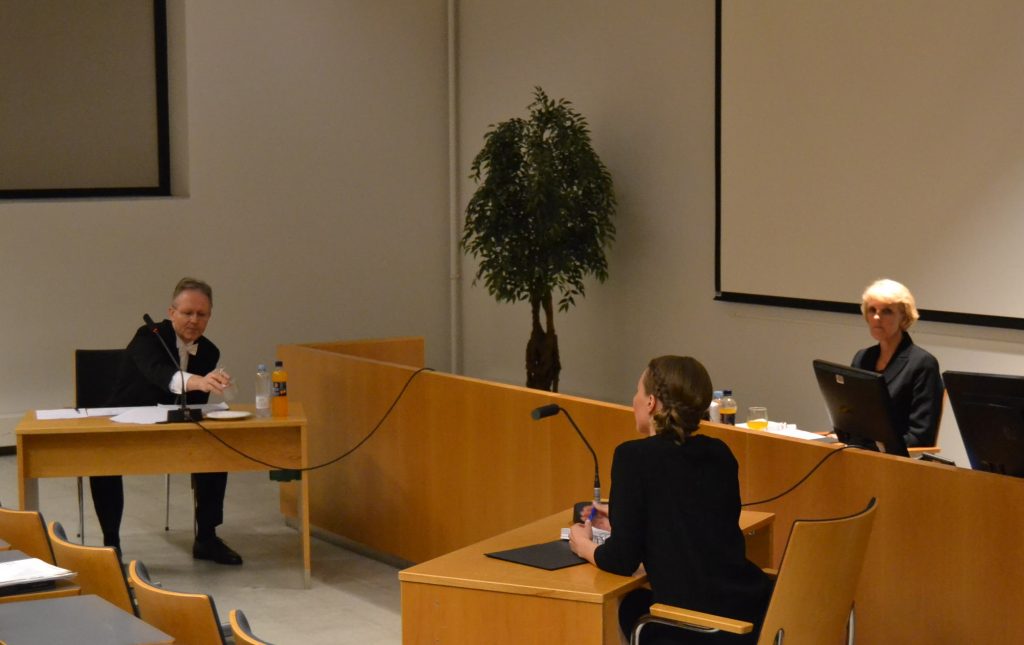 The Annual Meeting of the Finnish collaborative HNPCC reseach groups took place at Hämeenkylän Kartano in Vantaa on 4th of March. 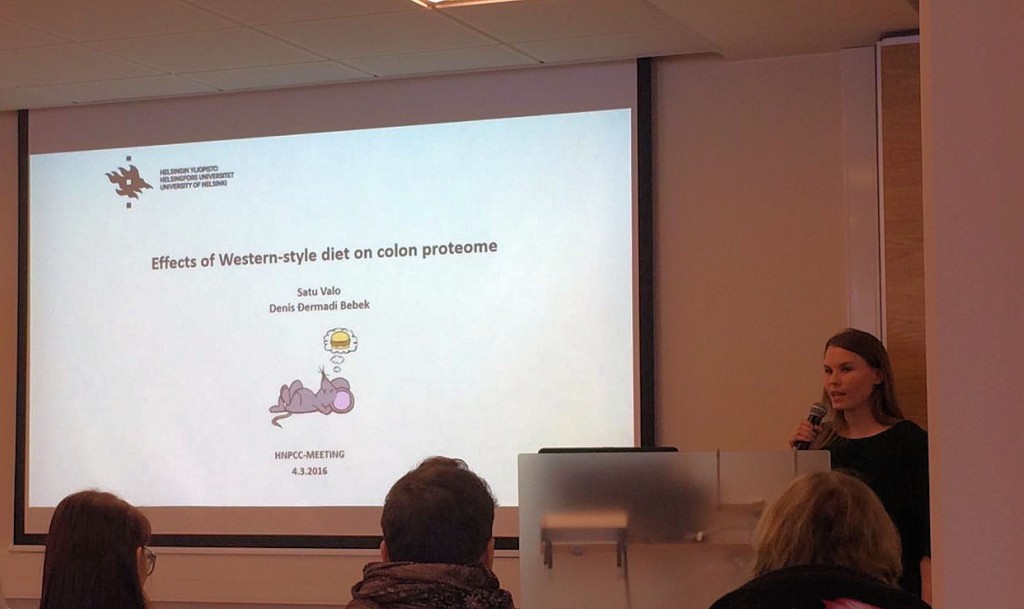 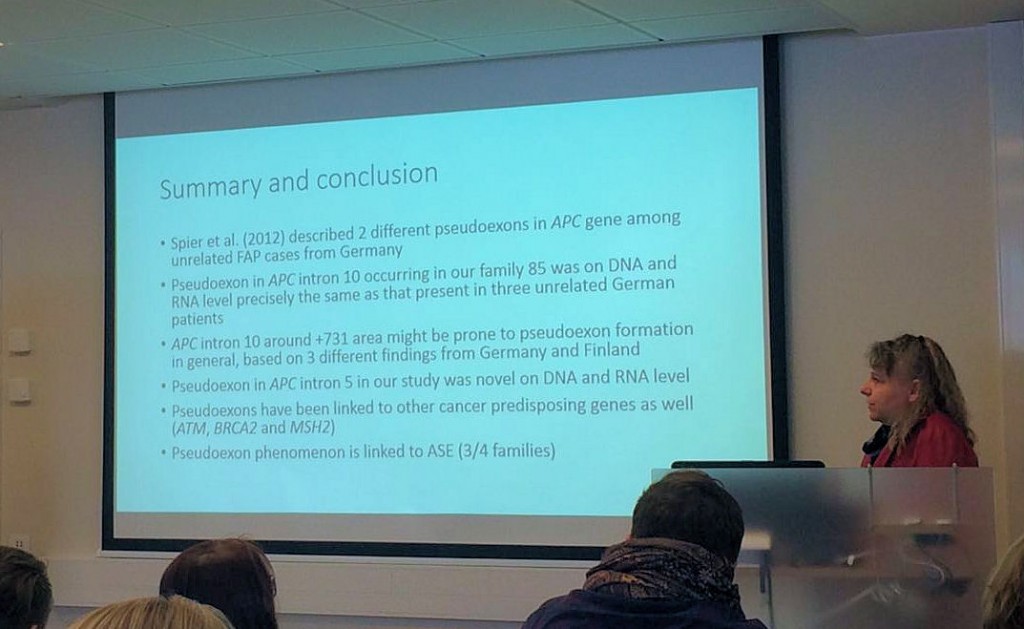 All colorectal cancer cell lines except RKO displayed active β-catenin/TCF regulated transcription. This feature of RKO was noted in familial colon cancers; hence our aim was to dissect its carcinogenic mechanism. MFISH and CGH revealed distinct instability of chromosome structure in RKO. Gene expression microarray of RKO versus 7 colon cancer lines (with active Wnt signaling) and 3 normal specimens revealed 611 differentially expressed genes. The majority of the tested gene loci were susceptible to LOH in primary tumors with various β-catenin localizations as a surrogate marker for β-catenin activation. The immunohistochemistry of selected genes (IFI16, RGS4, MCTP1, DGKI, OBCAM/OPCML, and GLIPR1) confirmed that they were differentially expressed in clinical specimens. Since epigenetic mechanisms can contribute to expression changes, selected target genes were evaluated for promoter methylation in patient specimens from sporadic and hereditary colorectal cancers. CMTM3, DGKI, and OPCML were frequently hypermethylated in both groups, whereas KLK10, EPCAM, and DLC1 displayed subgroup specificity. The overall fraction of hypermethylated genes was higher in tumors with membranous β-catenin. We identified novel genes in colorectal carcinogenesis that might be useful in personalized tumor profiling. Tumors with inactive Wnt signaling are a heterogeneous group displaying interaction of chromosomal instability, Wnt signaling, and epigenetics.

Four main DNA mismatch repair (MMR) genes have been identified, MLH1, MSH2, MSH6, and PMS2, which when mutated cause susceptibility to Lynch syndrome (LS). LS is one of the most prevalent hereditary cancer syndromes in man and accounts for 1-3 % of unselected colorectal carcinomas and some 15 % of those with microsatellite instability and/or absent MMR protein. The International Society for Gastrointestinal Hereditary Tumours (InSiGHT) maintains a database for LS-associated mutations since 1996. The database was recently reorganized to efficiently gather published and unpublished data and to classify the variants according to a five-tiered scheme linked to clinical recommendations. This review provides an update of germline mutations causing susceptibility to LS based on information available in the InSiGHT database and the latest literature. MMR gene mutation profiles, correlations between genotype and phenotype, and possible mechanisms leading to the characteristic spectrum of tumors in LS are discussed in light of the different functions of MMR proteins, many of which directly serve cancer avoidance.

Fig. Distributions of the types of germline variants across each MMR gene (Peltomäki P, Fam Cancer 2016).

Prof. Päivi Peltomäki (PI) together with Prof. Minna Nyström (Co-PI) and Prof. Jukka-Pekka Mecklin (Co-PI) were nominated by Jane and Aatos Erkko Foundation to receive a grant of 1.25 million euro for their joint interdisciplinary research to recognize molecular mechanisms of hereditary cancer susceptibility in association with lifestyle and diet in aim to improve diagnosis and cancer prevention. 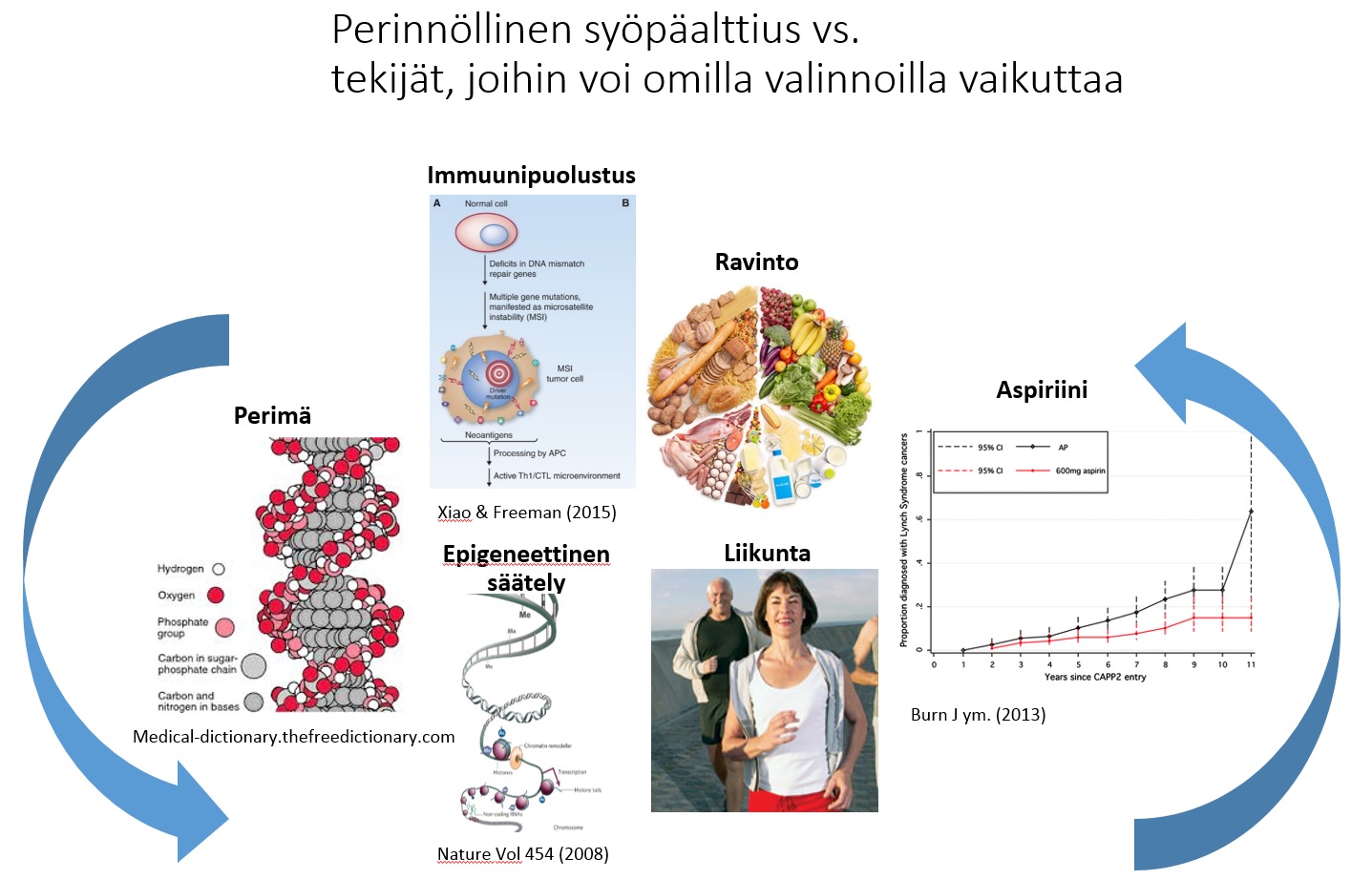