Social Network Analysis (SNA) is the study of human social ties and relationships. At its core, it studies the structures of a community, looking for patterns of relations to understand how communities work. SNA uses tools and methods associated with graph theory and network science. In simple terms, many real-world entities can be modeled as “graphs” by using two types of objects: “nodes” and “edges.” Nodes often represent entities such as people, places, events, and organizations. Edges often represent the relationships between the nodes. One might say that nodes represent nouns and edges represent verbs. Edges can be either “undirected” – without a direction – or “directed,” meaning that the relationship flows one way. Furthermore, one can add “attributes” or “properties” to nodes and edges that help specify that object’s characteristics. 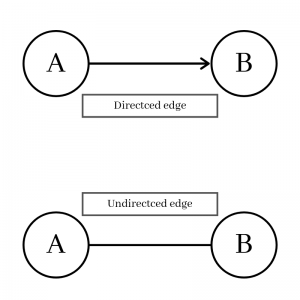 For example, person A making a phone call to person B would create a directed edge between the two people. Undirected edges, on the other hand, display reciprocal relationships, such as the marriage of persons A and B.

Even with late 20th century methods, researchers have only been able to focus on very limited numbers of relations and modest networks. The internet has enabled data sharing and cheap digital storage to allow for mapping extremely large networks. With the availability of big data, increasingly powerful computers, and versatile software, researchers can now significantly expand the scope of their study, not only in terms of network size, but also of time span.

Using this simple modeling paradigm, a researcher can construct a complex – and accurate – model that visualizes human relationships, communities, and experiences in an efficient and easy-to-understand manner. Nodes and edges can also have starting dates and ending dates associated with them, allowing the nodes and edges to appear and disappear at appropriate times. Thus, a researcher can animate a graph database and study it as it evolves over time.