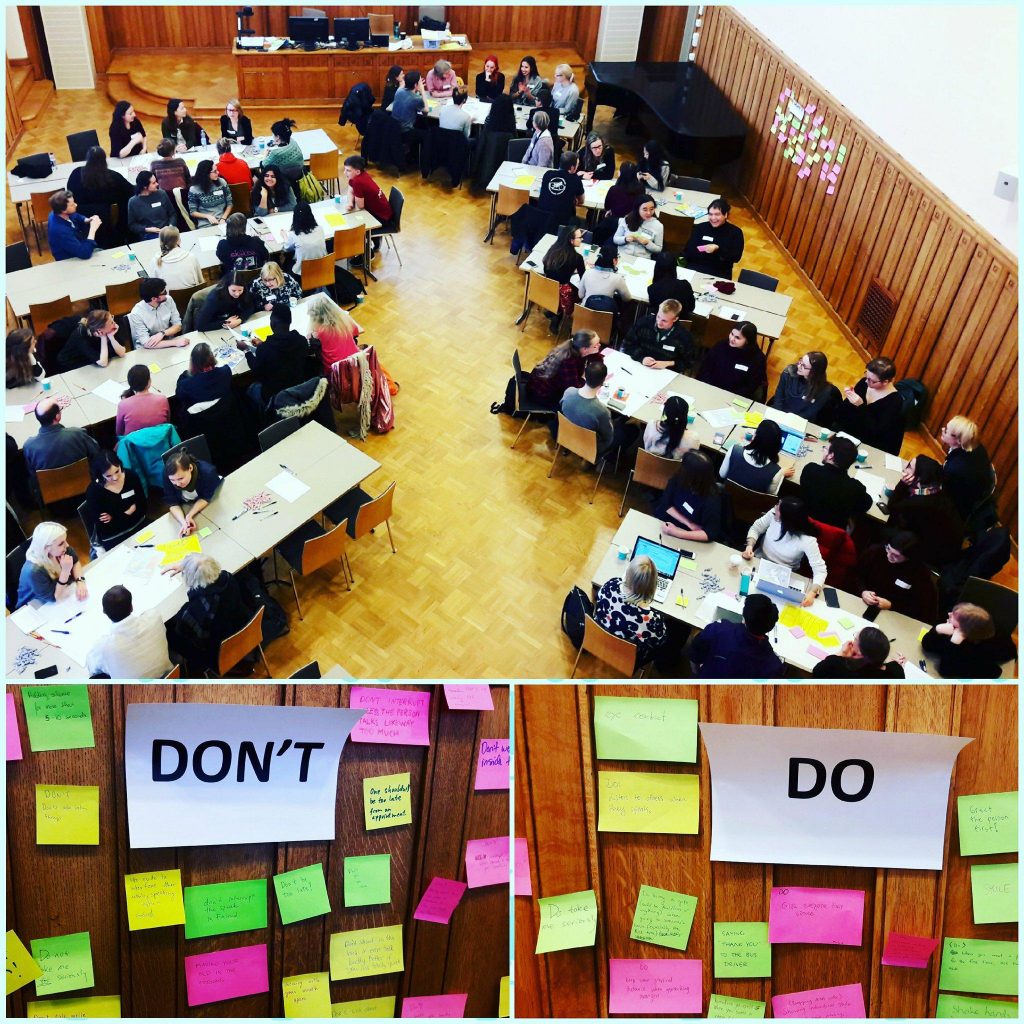 On the 15th of March 2018 the Language Centre held the #LCevents workshop “Talking Cultures” as a way to let members of the University of Helsinki practice their foreign language skills, while learning more about intercultural communication. Starting with a brief introduction about intercultural communication gave participants the necessary context to delve deeper into the topic at 9 different language tables. There students and the odd staff member could communicate in Chinese, English, Finnish, French, German, Italian, Japanese, Nordic languages and Spanish. Members of the Language Centre’s course assistant program took over as hosts of the different language tables, creating an authentic atmosphere and giving participants the chance to communicate with natives.

At the end of the workshop the teams from each table had produced a poster with important factors of communication for their chosen language and culture. The following poster walk allowed participants to look at what the other teams produced and to discuss what they had learned.

This project was a true collaboration between staff and students. Under guidance of the LC OOTU (Support fo teaching and learning) specialists Nina Sulonen and Janne Niinivaara, international OOTU assistants Ignacio Valero Rodenas and Zi Yu LC trainee Sina Timme developed the idea of having a workshop.

The aim was to have an event type that sets itself apart from formats such as language cafés or clubs. To do so, the concept needed some added value, besides having participants practice their language skills. Hence, the idea of a workshop was born. The project also further increases the involvement of international students and bringing them together with local students.

In view of the university’s goals of increasing internationalization and promoting multiculturalism, as well as fostering an environment of equality and diversity, the topic intercultural communication was chosen. Whereas not all students or staff have the chance to take part in a course on intercultural communication, this workshop was a chance to spike their interest in the topic and to open them up to the topic in a welcoming and fun way. This format of the workshop also further decreased barriers of talking, as no teachers were visibly present, and it was different to normal classroom activities.

Through this workshop and future ones, the Language Centre and its staff and students take an active role in creating a diverse work and study atmosphere, as well as increasing multicultural awareness; two of the key focus areas of the university’s equality plan.