After the huge success of the first Language Centre workshop “Talking Cultures” in March, a second one was organized. At “Cultural Myth Busters” on 19th of April participants gathered at specific language tables, hosted by international students, and discussed stereotypes from different angles. A multitude of fascinating, confusing and funny stereotypes and myths about different countries were gathered on posters around the room. They were then debated at the language tables in Chinese, English, Finnish, French, German, Italian, Japanese, Korean and Spanish and placed in categories ‘true’, ‘false’, and ‘partly true’. OOTU assistant Ignacio Valero Rodenas gave some inspiration with his presentation about Spanish myths and their explanations. (Did you know that one origin of the siesta is that people had to work two different jobs during the war to make ends meet? So much for the stereotype of lazy Spaniards!) At the end of the session participants finished with a poster walk to see each other’s results. These posters are also currently exhibited in the Language Centre (Fabianinkatu 26) on the second floor and have already been curiously inspected by many students and staff members. 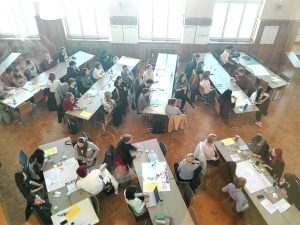 The workshop is part of a new event series from the Language Centre that started this spring. The idea of these events is to bring international and local students together, brush up language skills and to learn more about intercultural communication and different cultures. They also help international students integrate into the university community while providing internationalization at home for local students.

LC events are organized by OOTU (Support for Teaching and Learning) specialists Nina Sulonen and Janne Niinivaara, trainee Sina Timme and international OOTU assistants Ignacio Valero Rodenas and Zi Yu. Workshops will continue the following academic year and are open for all University of Helsinki students and staff.

Due to the past success, Asian language clubs were organised once again by the language centre during the spring semester 2018. In five bi-weekly meetings participants got together with international hosts to practice speaking Chinese, Japanese and Korean. Thanks to motivated hosts, partakers got to not only practice their language skills but also experience a variety of cultural activities and internationalisation at home. The clubs are great for students that do not have the possibility of attending other language classes or simply wish to extend their knowledge beyond what they learn in lessons. 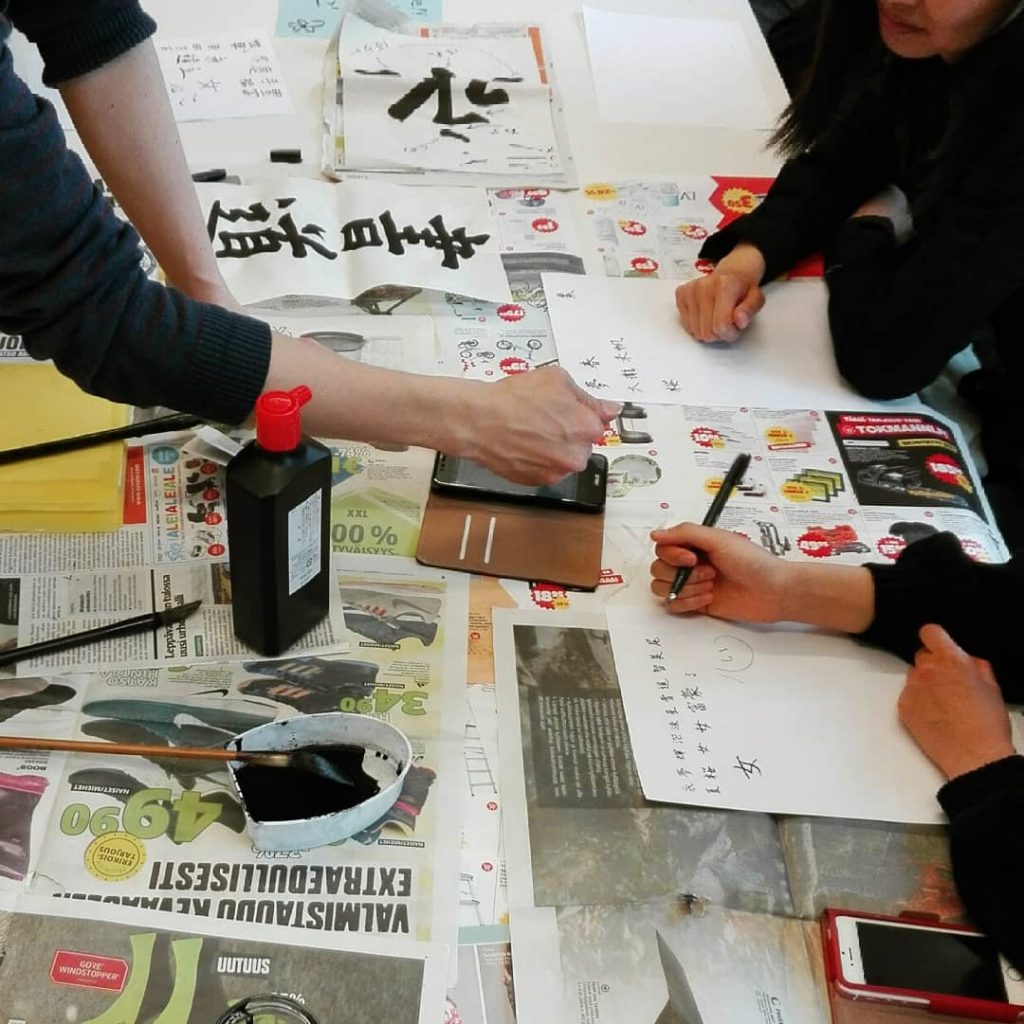 The informal and relaxed atmosphere made for a great learning environment, and the feedback speaks for itself: “I had so much fun in language club! I wish to attend next semester as well!” & “I really like this language club. Glad to know some people who also want to learn Mandarin. And it’s much easier for me to make friends with them.”& “Five stars to all staff and student helpers.”

For the hosts, the clubs enabled them to better integrate into the university community, make new friends and get to know the local culture better. It was also a way to feel at home away from home by being able to speak their language and share their culture. Or as one host wrote: “Thank you for arranging this language club activities! Every two weeks on Friday, when I meet you two, I feel very happy!!! Having chances to meet someone who can speak Chinese is the luckiest thing in my exchange life!”

The hosts really went above and beyond in preparing fun activities and conversational topics. One club participant described their host as “very supportive and involved” and making sure they had fun practicing the language. During the sessions hosts introduced the club participants to writing haiku (a type of poetry) and folding origami, and even a chance to practice calligraphy with authentic materials. The topics of conversation varied from food to recent events. Traditional games were played, such as Ddaki, where players first fold paper into little square tiles and then try to throw them in such a way that the other player’s square is flipped over. Not only made it for great entertainment, it was also quickly learned how to cheer or complain in another language. A visit to the botanical garden and different museums in Helsinki were also part of the program. During the last session, club coordinator Nina Sulonen and language centre trainee Sina Timme also introduced some Finnish culture: sima and donuts in a small pre-vappu celebration.

Internationalisation specialist Nina Sulonen was very satisfied with the clubs: “Thanks to all participants and our really great hosts, we will continue the Asian language clubs after the summer break.”

1 thought on “Hands on internalization”