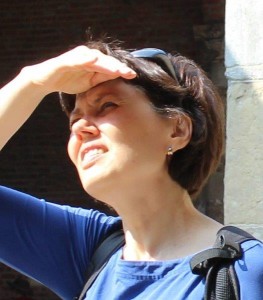 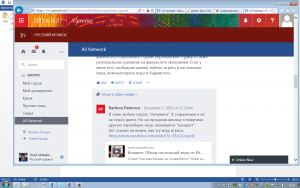 In the spring this year, I read two books on language learning beyond the classroom, to prepare for a conference held in Hong Kong in early June and to write a journal article. The focus of both the presentation and the article was law students’ language use and learning at work or during their trainee/internships. My reasons for choosing these books were quite pragmatic, instrumental and goal-driven. However, it was only later in the summer – when I went on a cycling holiday to Germany – that I came across situations that invited me to reconsider some of the issues I had read from a more personal point of view.

Language Learning Beyond the Classroom

Language Learning Beyond the Classroom, edited by David Nunan and Jack C. Richards, introduces several case studies to the reader, each from a different pedagogical, institutional and geographical context. I enjoyed reading through the book, at times feeling proud that Language Centre Publication 2, Out-of-classroom Language Learning, had a similar focus AND was published four years earlier. At the same time I was pleased the foci of the two books were alike.

Learning beyond the classroom, although it’s an older and possibly a more common phenomenon than learning in the classroom, is an accepted field in language (teaching and) learning research these days. A lot of what I was reading in Nunan and Richard’s book felt familiar. Maybe this is a sign of many universal trends in the unique stories that people tell about their efforts to learn and the successes and failures they experience.
Language Learning Beyond the Classroom is easy to approach. The short chapters have been grouped under five themes: involving the learner in out-of-class learning; using technology and the Internet; learning through television; out-of-class projects; and interacting with native speakers. Each chapter within these themes has been organised according to the same template, which helps the reader but also sometimes makes the book in some ways a bit too predictable.
In the preface, the editors summarise the message of the book:

[…] by providing opportunities to engage in authentic language use beyond the classroom, teachers can help learners develop autonomous learning skills and improve both their linguistic and communicative skills. (p. xv)

This is a simple, but important message. Nunan, coincidentally, gave a plenary at the Hong Kong conference I attended. His plenary was simple – it relied entirely on the book chapters to the extent that I thought I was rereading the book – but at the same time important as it revealed many stories of real learners in contexts authentic to them and hopefully helped the audience consider these matters.

Beyond the Language Classroom

Beyond the Language Classroom, edited by another pair of well-known researchers, Phil Benson and Hayo Reinders, seems like the “big sister” of the first book. Published in 2011, it has a less rigid structure in its thirteen chapters and is thus, in my opinion, more varied and interesting. It is also a bit more theoretical. Benson’s introductory chapter is especially appealing: it defines the field of language learning beyond the classroom by focusing on four dimensions of this type of learning. The dimensions are location, formality, pedagogy and locus of control (p.9). 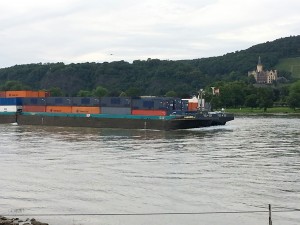 The first dimension, location, means the place of learning, whether it is part of some classroom activity or not. Benson’s second dimension, formality, implies “the degree to which learning is independent of organized courses leading to formal qualifications” (p. 10).
The dimension of pedagogy contains a continuum from instructed to self-instructed or naturalistic learning. The final dimension, locus of control; defines who chooses what and how to learn and teach. These four dimensions, in Benson’s view, interact with one another, and it is difficult to disagree.
These dimensions are not rocket science, but Benson’s ability to analyse previous studies and detect these four dimensions was helpful for me. The dimensions made sense to me and gave some shape to my own data in the early summer.

After reading Benson’s definition of the field, it was impossible to read the rest of the book without constantly thinking of the four dimensions. It was also easy to find different research weighting of the dimensions in the rest of the chapters, which come from different parts of the world, including Finland, and focus on a wider variety of learners. The editors end their introduction as follows:
[The issues in the book] are likely to be most of interest to the growing number of educators who work with learners in non-conventional settings for language teaching and learning; but the possibility of developing a more general understanding of relationships between settings (including classroom settings), learning and pedagogy means that they are equally relevant to teachers who do most of their work in classrooms. (p. 6)

Cycling in Germany and learning beyond the classroom

When I was reading the books, my mindset was that of a teacher/researcher. However, when cycling along the Rhein river in Germany I became a user and learner of German, a language that was half buried in my mind at the beginning of the trip. 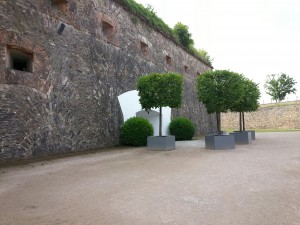 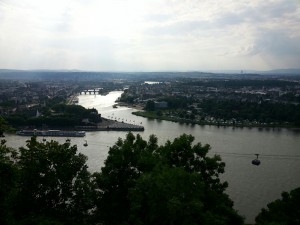 An analysis of my own beyond the classroom experience reveals that the location provided me with plenty of opportunities to practise. My learning was completely independent of any courses and thus not formal, and the pedagogy naturalistic. I learned when the occasion arose, but in some ways I set on a self-instruction mode by engaging in as many situations as possible.
The locus of control question is a bit more difficult. I chose what to learn but the people I interacted with certainly increased my locus on control when complimenting my German, for example asking if I came from Holland. (I hope it was a compliment.) Only when my husband, who has never formally studied German, was asked if he was from Holland did my self-confidence shake a bit…

I probably would have written about issues related to self-confidence and the feeling of success/failure if I had kept a diary for a researcher on my language learning beyond the classroom. Using the language with “real” people, successful interaction with them and feedback clearly act as incentives for me, and that seems to be the case for many whose stories you will find in the books.