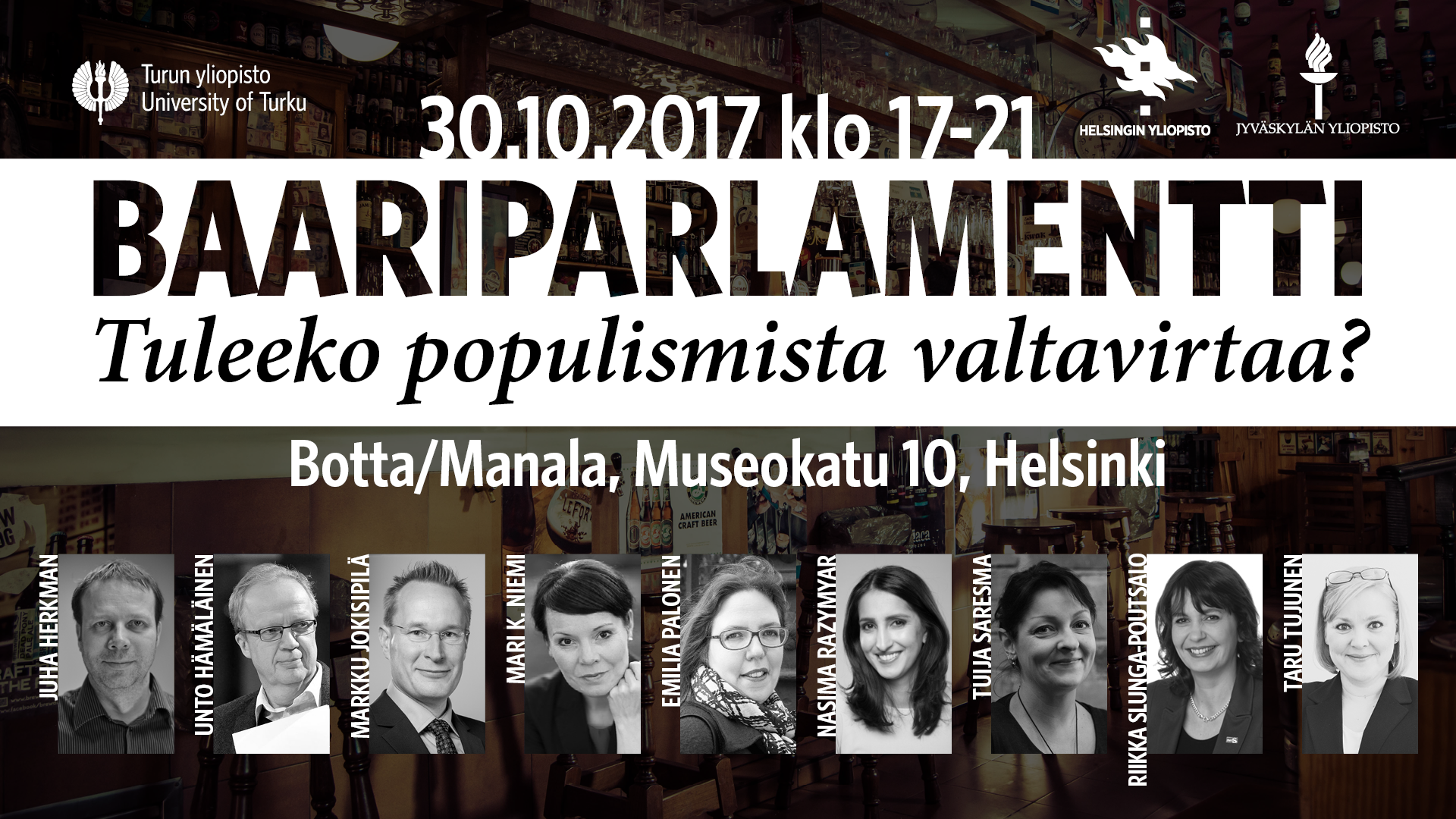 Forthcoming events are being planned.

Launch with Baariparlamentti 30 October at 5-8pm

The consortium is launched Monday 30 October 2017 at the Kellari pub of Manala restaurant with a Baariparlamentti discussion (in Finnish) about mainstreaming of populism. The PI Juha Herkman introduces the consortium and engages with our discussants Nasima Razmyar (politician, SDP, and vice-mayor of Helsinki), Riikka Slunga-Poutsalo (party secretary of the Finns Party 2013–),  and Taru Tujunen (party secretary of the National Coalition 2006–2015). Afterwards there is a discussion on our recent publications in Finnish, the edited volume on political power in Finland by Mari K. Niemi et co., the monograph on Finnish Nazis by Markku Jokisipilä, and the edited volume on the Finns Party and populist rhetoric by Emilia Palonen & Tuija Saresma, which is based on an Academy of Finland project led by Urpo Kovala in 2012–2016.