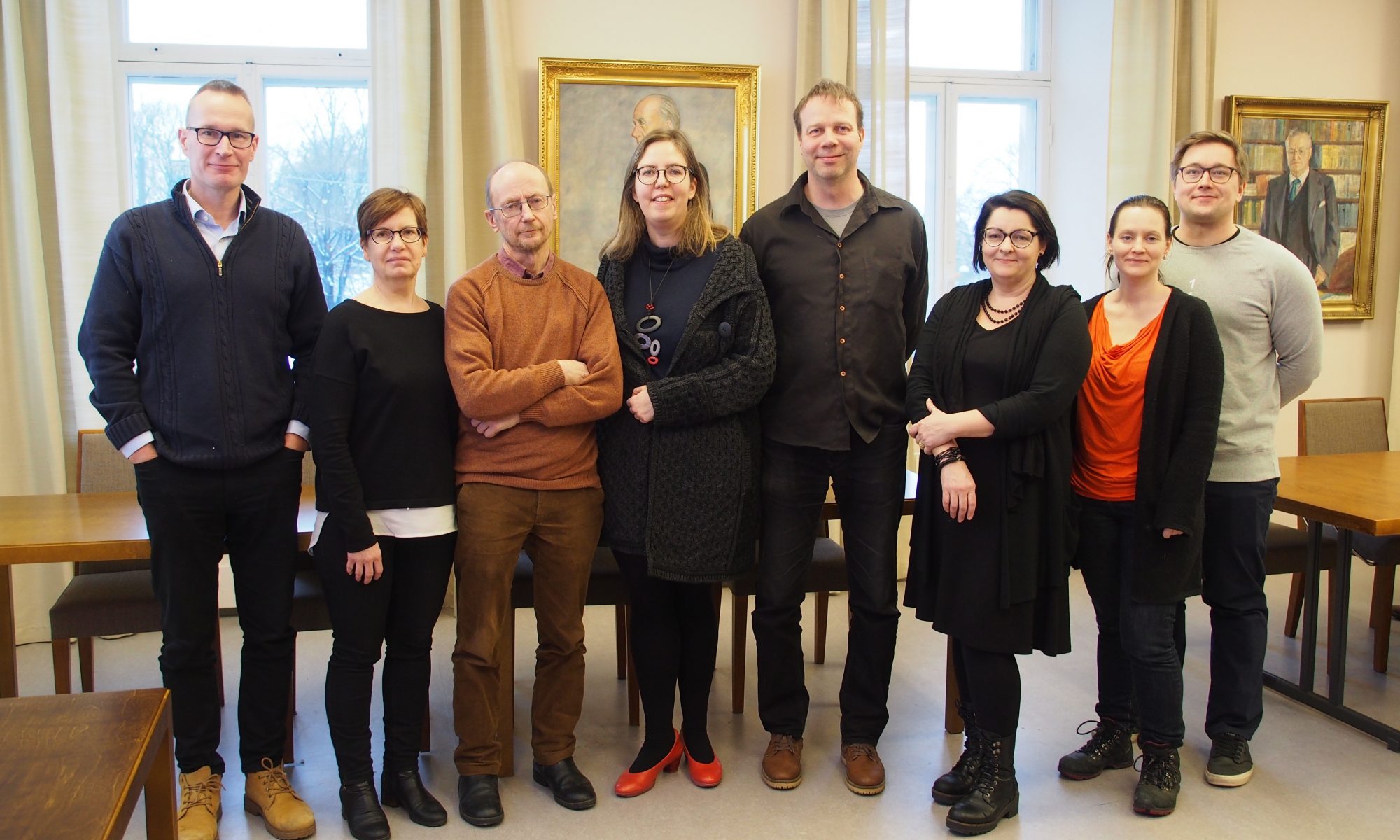 is a Senior Lecturer of the Politics and Communication programme at the University of Helsinki. In his research, Herkman has focused on political communication and on the relationship between power and the media. Herkman has worked as a Director of Communication Research Centre (CRC) and directed several research projects during the past ten years. Currently he works as an Academy of Finland Research Fellow studying the relationship between populism and the media in the Nordic countries.

is a renowned expert on Finnish political history and has published extensively on authoritarian trends in Finnish politics in the 1930s and 1940s and on cooperation between the Finnish right and German National Socialists, in particular. Under his tenure as the Director of the Centre for Parliamentarian Studies, the CPS has chosen populism as one of its strategic research focuses. The coauthored monograph on the democratic crises in Finland (forthcoming in 2017) is directly linked to the overall focus of the project. As an academic expert used by several committees of the Finnish parliament he brings valuable contacts from political decision-makers into the project.

has focused on theories of meaning and interpretation, reception and fandom, and the study of cultural discourses. He led the Academy of Finland project “Populism as Rhetoric and Movement” (2012–2016) that charted the relationship between populist rhetoric and the emergence of political populism in Finland, which also serves as fertile ground for this consortium’s work.

works as a Senior Lecturer in Political Science at the University of Helsinki. Her research has focused on Hungary, Finland and Europe. She has engaged with political polarisation and emergence of populism related to an argument on democracy’s crisis. In this consortium, she continues theorising the relationship between populism and democracy, based on her former professor Ernesto Laclau’s work. Her background includes East Central European Studies (BA SSEES/UCL, London), discourse theory (MA & PhD Essex), and visiting fellowships in number of research institutes and institutes for advanced study. She is an engaged scholar both in the public sphere discussing populism and nationalism, and developing forms of democracy locally. (Personal website.)

is a senior researcher at the Research Centre for Contemporary Culture, Department of Music, Art and Culture Research, University of Jyväskylä, Finland. She is PI of two multidisciplinary research projects, Migrant Tales –  Performances of Belonging and Displacement (a sub project of the Academy of Finland consortium Crossing Borders: Artistic Practices in Performing and Narrating Belonging, 2017–2021) and Arts of Belonging – Affectivity and Materiality of Homing (Kone foundation, 2015–2017). Besides her research on MAPO and CRISES (Crises Redefined: Historical Continuity and Societal Change, Academy of Finland, 2017–2021), she studies the experiences and narratives of migration in a research project Intersecting Mobilities: Narratives of Migration and Belonging (Kone foundation, 2016–2019). Her current research interests include affects, gender and other intersecting differences including racialization, mobility and migration, and populist rhetoric as well as hate speech in the social media.

is a senior researcher at the Research Centre for Contemporary Culture at the University of Jyväskylä. She has specialised in populism, nationalism and (anti) parliamentarism from both contemporary and historical perspectives. In her postdoctoral researcher post (Academy of Finland) she focused on French antiparliamentarism and was a member of Urpo Kovala’s Academy of Finland project “Populism as a movement and rhetoric”. In MAPO she focuses on how the rhetoric of populist parties is mainstreamed in parliamentary contexts of France and Finland.

Virpi Salojärvi is a postdoctoral researcher in the discipline of Media and Communication Studies at the University of Helsinki. In her dissertation, she focused on the role of media in a populist conflict in Venezuela during Chávez’s presidency. Her other areas of research are identity studies, diaspora studies and media audiences. In MAPO Salojärvi researches incursion of populist sentiment into the Venezuelan and US political systems.

is a researcher at the Department of Political and Economic Studies, University of Helsinki. His doctoral dissertation focuses on the phenomenon of Islamist populism in Turkey, especially populist hegemony and extreme political polarization. Besides his frequent contributions addressed to wider public on Turkish politics, Gürhanli also teaches on populism and democratic theory at the University of Helsinki. In MAPO, Gürhanli researches cases where populist logic has become hegemonic to such an extent that the political system itself has turned into ”pure antagonism”, and attempts to answer whether there is an underlying tendency in populist politics to turn into authoritarianism.

Our affiliated researchers include (do get in touch if you want to be engaged and included!):

Last but not least, the International advisory board: