At social events, from acquaintances as well as strangers, a teacher of literature often gets the question: So, what should I read? I just received that question again some days ago.  This year my answer is clear: Read Jane Austen.

Jane Austen (1775–1817) died on 18 July two-hundred years ago this summer. She is perhaps the best known and most widely read British author of the pre-Victorian era. Today, her stories also find their way to television and cinema, and the novels are loved almost to the point of metaphor: references to Pride and Prejudice (or to ‘first impressions’) as well as the concept of Mr Darcy seem to be “a truth universally acknowledged…”.

Jane Austen’s main work are her six completed novels: Sense and Sensibility (1811), Pride and Prejudice (1813), Mansfield Park (1814), Emma (1815/16), Northanger Abbey (1818) and Persuasion (1818). Most girls have read an Austen novel or two in their teenage years, and many have a strong favourite character or book; most men have at least seen a film of one of the novels when indulging their girlfriends – and they all have had to measure up to the hero.

Jane Austen novels are entertainment, as they should be. They were written in the dawn of the great English novel, when the strong purpose for prose writing of being educational and to engage was joined by the equally forceful need to move and entertain. The first versions of many Austen novels were first written for reading aloud to her family for entertainment. Yet, there is more to these seemingly light social and domestic novels with a heavy touch of irony and humour. In addition to writing about the social game of courtship and romance, Jane Austen writes about the intricacy of the human mind, the depth of emotion, and the pain of loss.

Jane Austen herself never married, despite the centrality of the topic of marriage in all her novels. She lost an opportunity for marriage when she was nineteen, when the family of the hoped-for fiancé rejected Jane as not socially his equal. In 1802, when she was 27, Jane herself turned down a proposal. The fundamental reason is not known, but much later, in 1814 Jane wrote to her niece Fanny in a letter instructing her on romance: “Anything is to be preferred or endured rather than marrying without affection”.

When looking at some of the chronology of Jane Austen’s own life and that of some her writing, there is some eerie number-symbolism in the intersection of the two. For example, in Sense and Sensibility (1811) there is a scene where Marianne states: “A woman of seven and twenty,… can never hope to feel or inspire affection again.” Also, at the outset of Persuasion (1818), the heroine Anne is a spinster of twenty-seven. Eight years earlier, we are told, at age nineteen, Anne had been persuaded by her mother’s friend, the widow Lady Russell, to break her engagement to Captain Frederick Wentworth of the Royal Navy (as he was poor and of uncertain future). – Somehow, what happened to Jane Austen at the age of nineteen and again at twenty-seven, seems to be revisited in her novels.

My challenge for anyone who asks me to recommend reading for this summer is first to read an Austen biography*, and then read the novels, all of them. This way you can follow the narrative from the point of view of the author’s own life. Because, perhaps, under the romance and day-dreaming that these novels present, we can also find some clues to Jane Austen’s own dreams. Maybe the novels are a way for Jane Austen to write for her own life the happy ending she never herself received, to give herself an opportunity, if only in make-believe, to say ‘yes’ to love before it is too late. 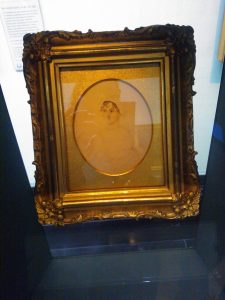