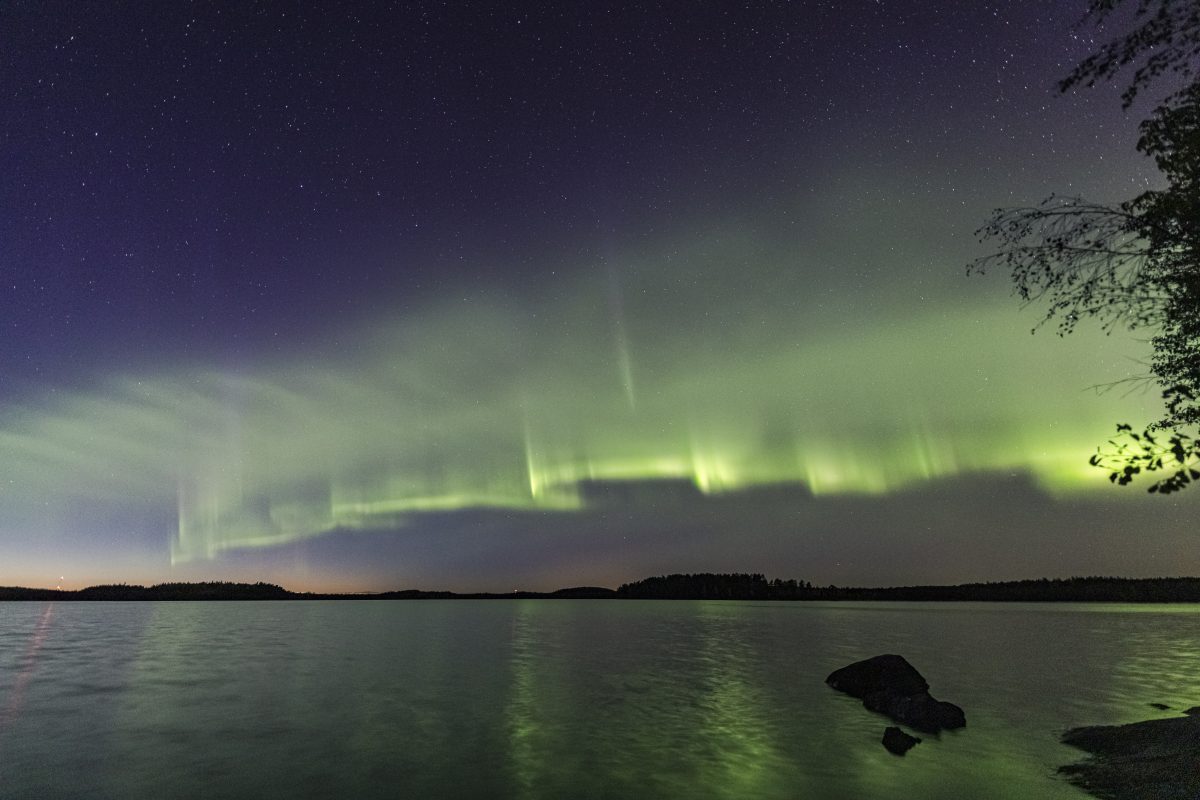 During the past week, the Space Physics group had the pleasure to receive the visit of 15-year-old Ovee Tulaskar from the International Finnish School of Tampere (FISTA). The aim for Ovee was to get familiar with the workplace environment and the day-to-day work of research scientists at various career stages. At the end of the week, Ovee wrote a summary of her experience in which she reflects upon what she has learnt and her impressions on the academic world.

There are hardly any people in the world who do not like their share of starry winter nights with auroral emissions, including me. Therefore, I was here at the University of Helsinki for a week to learn more about this intriguing occurrence. These beautiful patterns in the night sky induce a sense of awe and curiosity in many minds, professionals, and amateurs. Such enthusiasm from amateur sky  gazers and photographers has led to a renewed concept known as ‘Citizen  Scientists’.

There have been various mentions of this term among new scientific discoveries and explorations, such as that of STEVE, geohazards like flooding, volcanic eruptions as well as the detection of exoplanets. Quite recently, a new type of aurora was discovered by these citizen scientists, contributing to our knowledge about the ‘ignorosphere’, or the part of the atmosphere which is the most arduous to study. This new type is known as ‘the Dunes’, pertaining to their parallel stripe-like pattern, similar to sand dunes

Apparently, this phenomenon is caused due to electron precipitation in presence of an atmospheric wave called the ‘mesospheric bore’, giving us a new insight about these rarely detected waves. In a nutshell, this discovery has opened a lot of doors in space science, thanks to space physicists and citizen scientists alike. During my visit to the Helsinki University, I got the opportunity to learn more about this fascinating new discovery, its formation, and the actual story behind the collaboration between professionals and citizen scientists.

A space physicist’s work is concentrated on the Sun, and its influence on the Earth’s atmosphere and magnetosphere. Some of them centralize on solar storms and plasma, while some are specialists in the night sky emissions and the Earth’s magnetosphere. To be honest, I have always had an interest in astronomy, but my interviews with some of the professors and researchers have broadened my horizons of a closer world – the Earth and its atmosphere.

During my week at the Helsinki University, I had the fortuity to attend a university-level lecture on plasma and long equations which was mostly tough to understand, yet I quite enjoyed the environment and experience. Not only that, but I also had the chance to take part in different meetings, chat with a researcher in the astrophysics department who increased my liking for the subject and interview some of the professors and researchers who gave me their perspective of their chosen topic and the inner workings of a university. I also witnessed a mock interview for a grant, read scientific papers on the auroras, and basically enhanced my penchant for physics.

Overall, I had an amazing week full of captivating facts and knowledge about the world of physics and grasped the importance of citizen scientists in uncovering hidden secrets about our world and beyond.