“Wou!”, was probably the first word on everyone’s mind when we got in to the Kennisland office. The foundation has a beautiful place with a view in a lovely neighborhood in Amsterdam (we found delicious pan cakes just behind the corner). 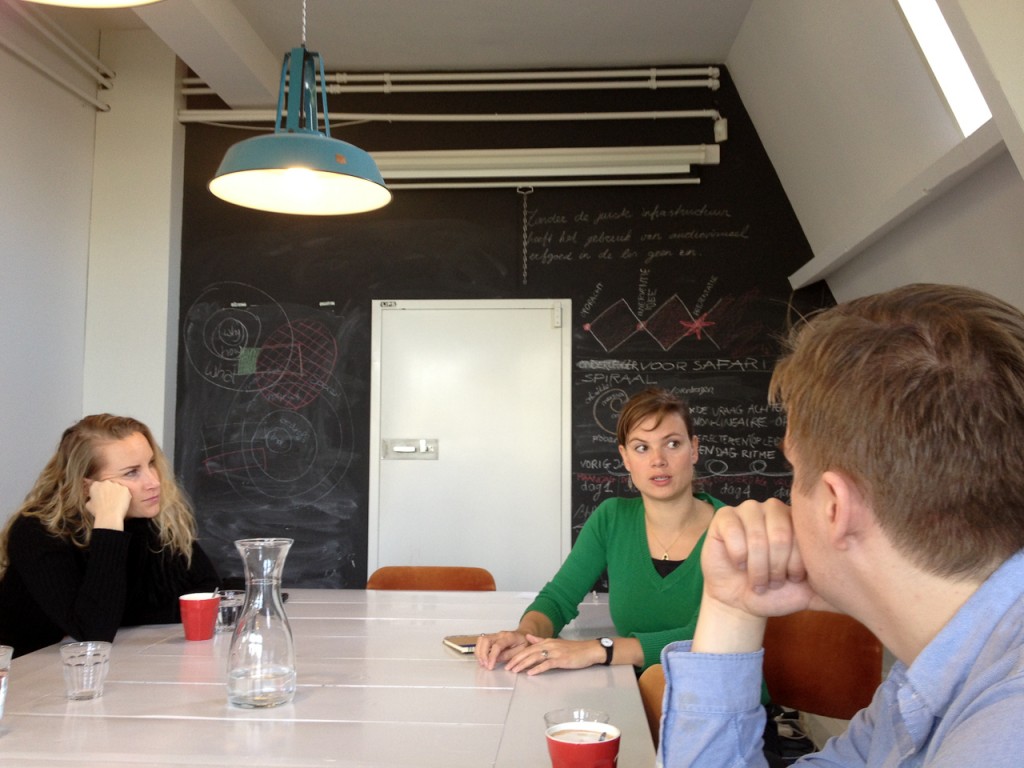 The rest was no less impressive. Nora van der Linden told us about the interesting work Kennisland is doing and how the “Knowledge land” got started over a decade ago.  In the beginning it was a organization that focused on political lobbying over education and knowledge issues. When its mission seemed accomplished –  Holland had really become a knowledge society – they started doing work in a wider sector. Their aim was still the same: a smarter society. 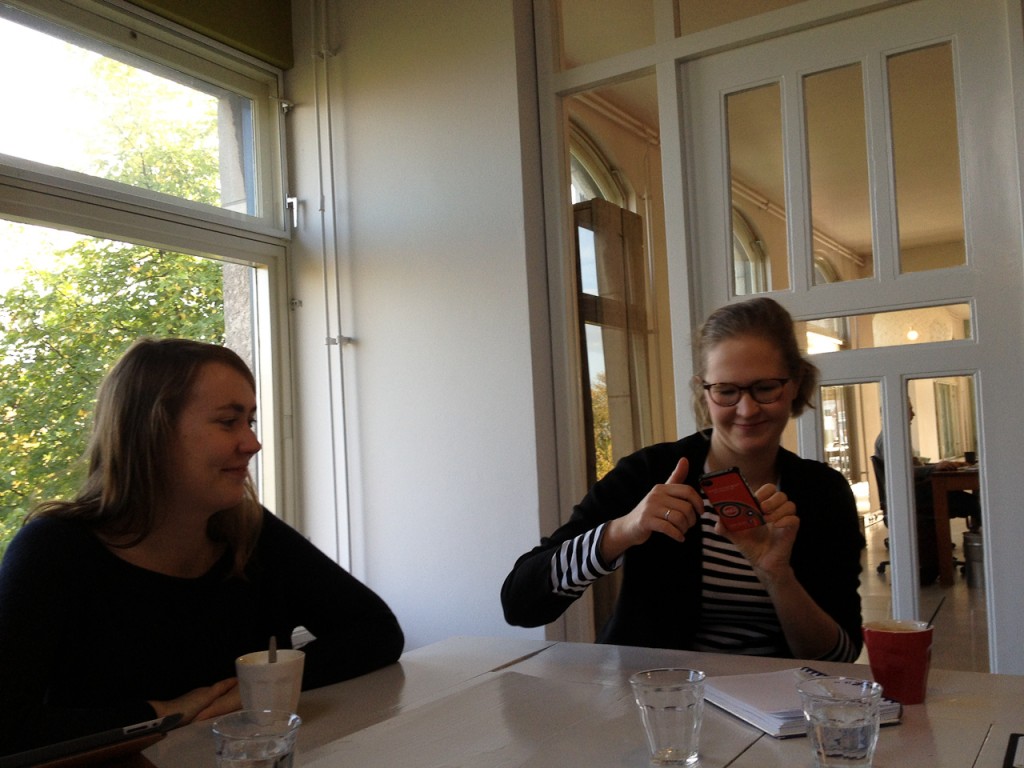 Marianna and Maria take photos of the cool office.

Nora and the director of Kennisland, Chris Sigaloff, told us about the projects, such as the Kennisland Safari, where young people come to work with the foundation and in their office for a week, to come up with interesting social innovations for real organizations. In general, Kennisland seemed to be about doing and prototyping, not just abstract research. They also emphasized the importance of reflection and communicating about their work.

Since a very big part of our group have a background in social sciences, this was like honey to our ears. That’s what we want do! And we would do it well! Not suprisingly, Nora and Chris told us that a lot of people working in Kennisland have studied in fields such as philosophy and anthropology. 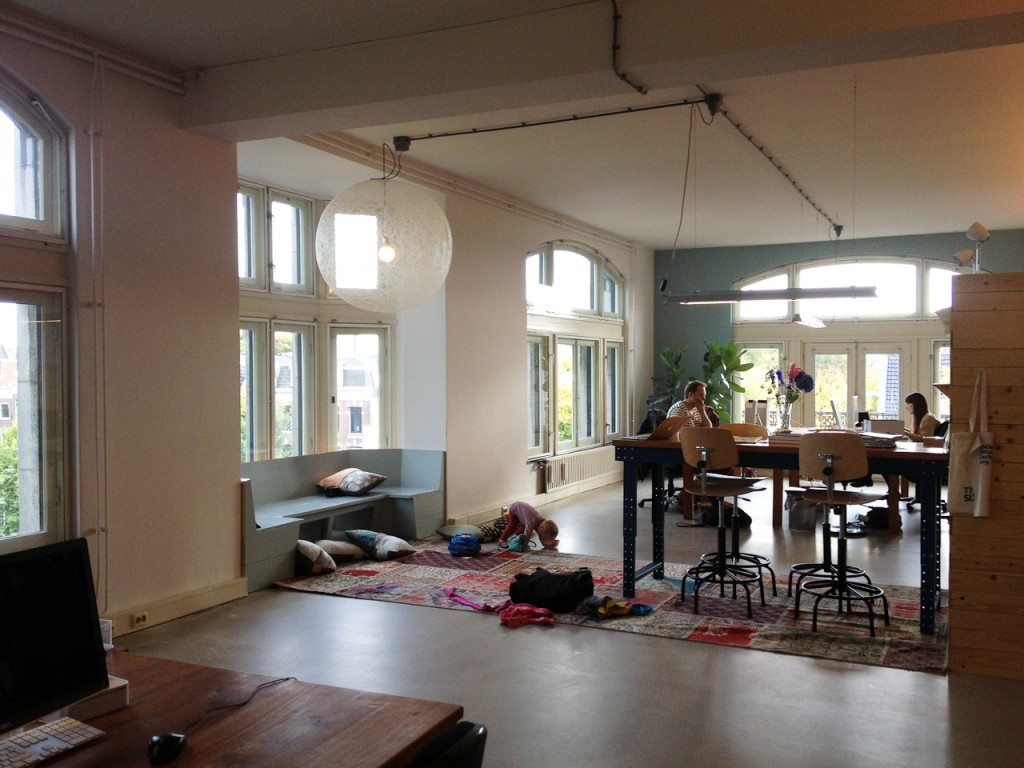 Chris also gave us concrete advice on how to became a successful social entrepreneuer: 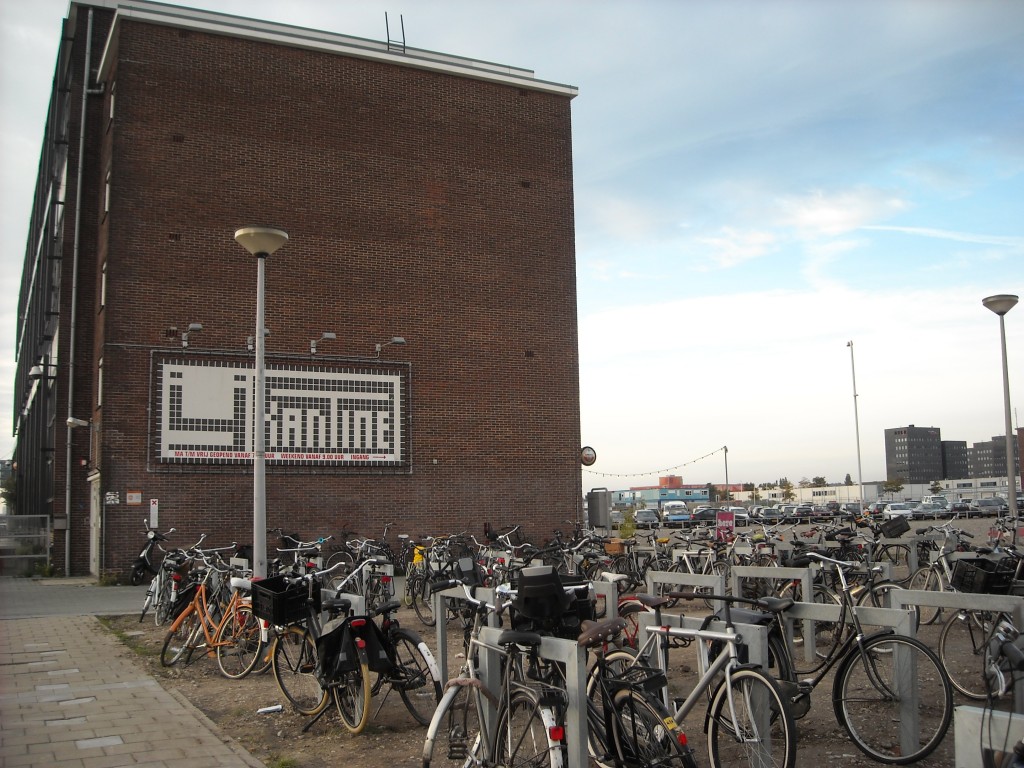 On Monday night, after hours of super intense workshopping we stormed our way to the other edge of the town. Fresh brisk air at the ferry gave us a new boost of energy. We met Jasper Visser, the other co-founder of Insiper by Coffee at Ij Kantine, on the North shore of the Amsterdam. (www.inspiredbycoffee.nl)

Among other inspring things this is what we got:

You only need one person to think differently to change the whole organisation. Awake one, awake all. Thanks for the espresso, Jasper!