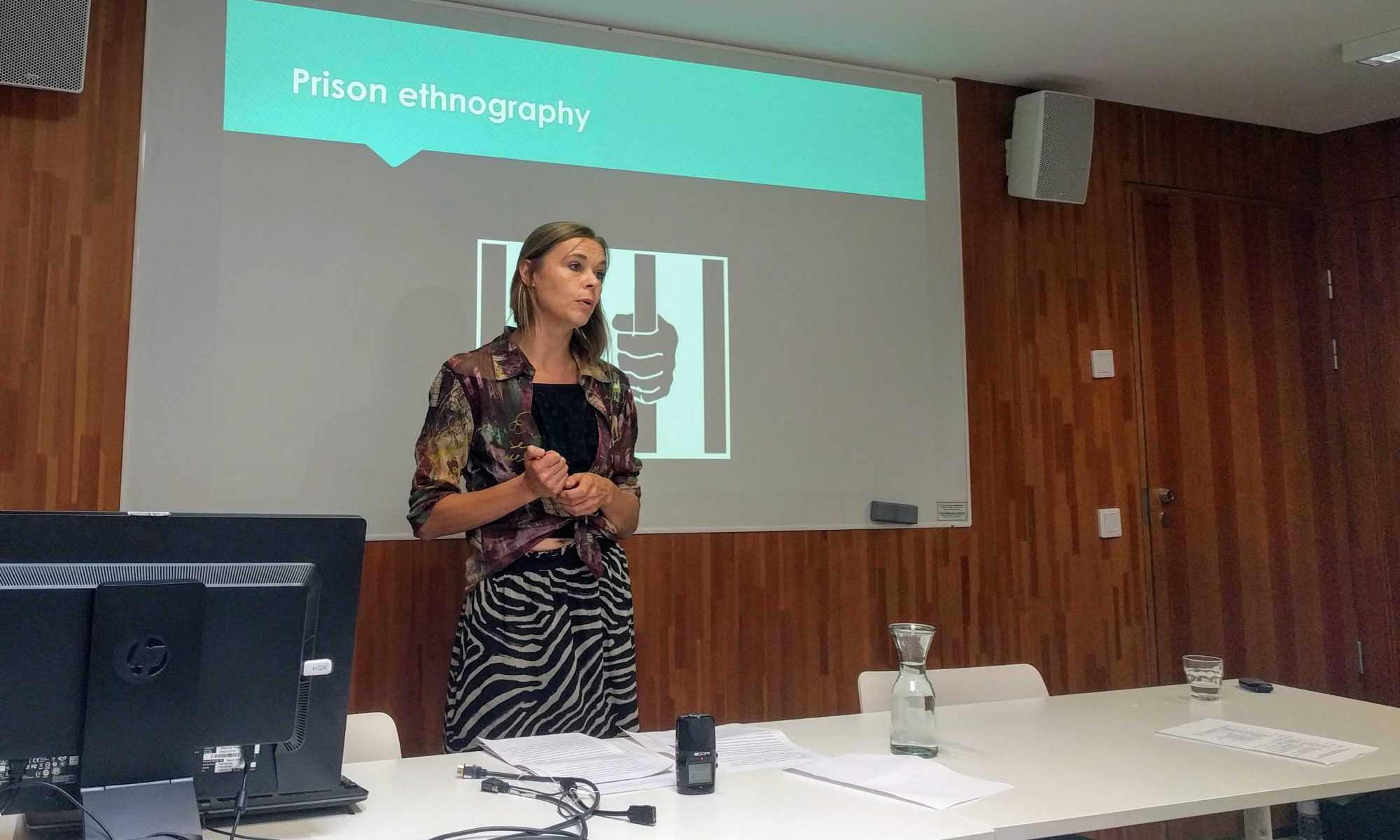 Ida Harboe Knudsen gave a talk titled ‘“Eastern Crime” and its Perpetrators: A study of Lithuanian Inmates in Danish Detention Houses’ in our visiting seminar on September 15, 2017.

As a result of the end of the Cold War and the rise of the EU, internal European borders have to a large extent been dissolved, and the free mobility of EU citizens has been promoted. One of the consequences has been an increase in the amount of foreign offenders being encountered by national criminal justice systems. In Denmark public awareness has been focused on a new group of foreign offenders that popularly has become known as “eastern criminals” (østkriminelle). This media coined term refers to offenders from Europe’s previously socialist countries who engage in mobile crime in Western Europe. In the media Eastern European inmates are popularly described as a culturally and socially incompatible group of particular hardened and inhuman criminals who, when imprisoned in Denmark, presumably pursue higher living standards than they do at home. As a result, Eastern Europeans are used as a primary example in political discussions, as a way to demonstrate the negative aspects of EU’s easterly enlargement and the persistent threat from the east.
This seminar takes us into the world of prison ethnography, and explores the life behind bars as experienced by Lithuanian offenders in Danish prison facilities. Prison life offers a unique vantage point from which to analyse current transformations in society, as perceptions of different groups of inmates are embedded in what James Scott (2012) calls ‘the everyday construction of borders’ through geo-political changes, media representations, political discourses and institutional practices. Thus, this seminar explores the connections and dis-connections between the public construction of the eastern European offender, the direct political consequences of this, as well as the lived realities of eastern Europeans in Danish prison facilities.