Today ends the skiing week (hiihtoloma) in the south of Finland. Thousands of Finns are returning home from the northern ski resorts or own winter/summer cottages. Many travel by own car. The most populated southern regions had no snow this year. Actually we had no winter at all. 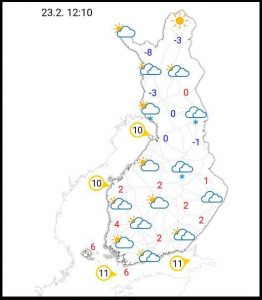 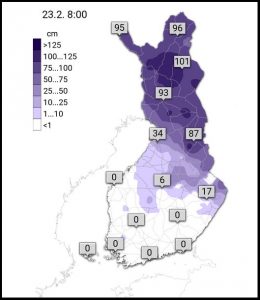 Studded tyres significantly contribute to springtime dust problems. The flexibility new law brings will make many drivers think when to change tyres. The changing climate will also raise questions whether studded tyres should be forbidden in cities or city centers. I am sure many researchers in Finland will follow what happens with winter tyres usage and crash statistics.

This brings me to a methodological issue I raised following the famous Elvik et al. (2013) paper “Effects on accidents of changes in the use of studded tyres in major cities in Norway: a long-term investigation.” The main issue relates to the fact that many Finns, as well as Norwegians, drive their vehicles in all kind of winter conditions and that any cost-benefit analysis has no sense from the overall traffic safety perspective if it is restricted only to within the cities’ boundaries. 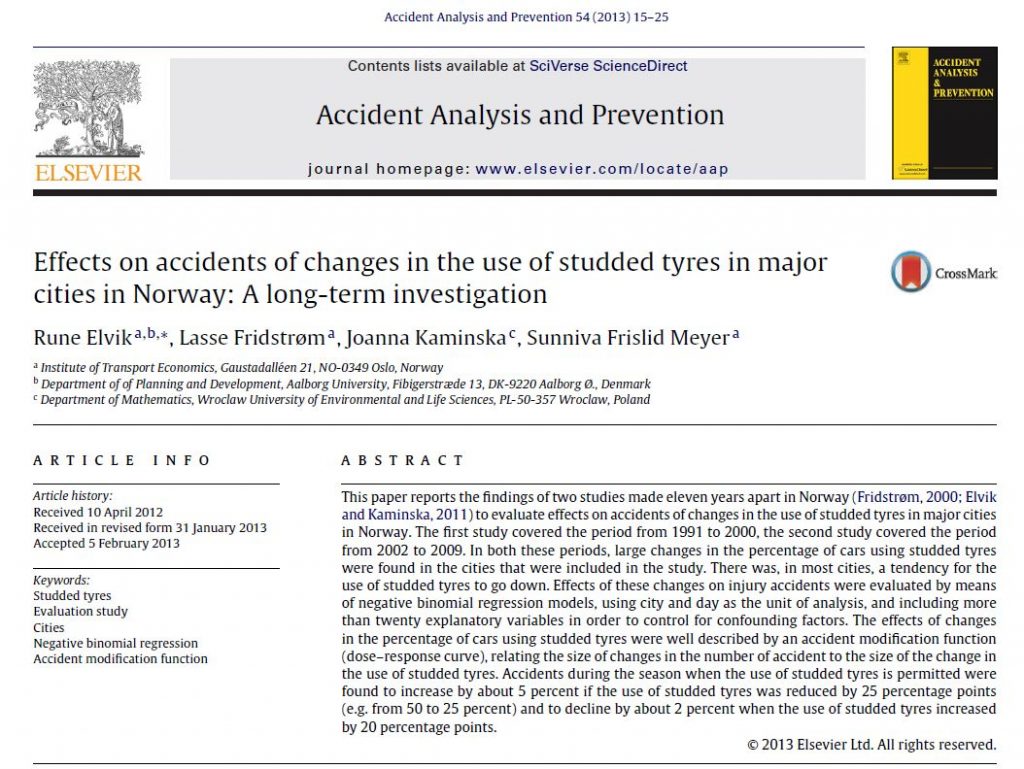 My unpublished letter to the editor.

I read with great interest and admiration the recent article by Elvik et al. (2013). The article summarizes the results of two reports (one in Norwegian and one in English) dealing with the effects on accidents of changes in the use of studded tires in major cities in Norway. As studded tires are responsible for a significant proportion of micro-particles torn off of road surfaces, which can cause health problems in humans, including premature death, some cities and municipalities in Nordic countries discourage the usage of such tires. Elvik et al. (2013), consistently with previous studies, reported a negative relationship between the prevalence of studded tires and the number of accidents in several Norwegian cities.

As an addition to this well-done study, I would like to point out the following issue. In the article it is not completely clear why the authors focused on the relationship between the number of accidents and the usage of studded tires only within the cities’ boundaries. Restricting the analysis only to the city area might be understandable from the point of data collection costs, the reliability of the data, and the particular interest of city governments in the health of their fellow citizens; however, from the overall traffic safety perspective, such a decision does not provide a complete enough picture for future cost-benefit analyses regarding decisions on whether to restrict or completely forbid the usage of studded tires. I am not aware what proportions of drivers driving to work in these Norwegian cities come from outside of the cities’ boundaries, and how many of them drive on secondary and even lower classes of roads which are less maintained during the winter time. However, I assume that the number of these drivers is not insignificant and probably has changed over the long period (1991-2009) covered in the study. Therefore, we lack information about how many of such drivers had an accident outside the city borders with non-studded tires, as recommended by the cities. Furthermore, how many of the cities’ inhabitants in vehicles with no studded tires had an accident while driving, for example, to ski resorts outside the cities’ boundaries on weekends and holidays?

An attenuation circumstance for Elvik et al. (2013) is that the effects they found in their study would probably have been even larger had they considered the number of accidents occurring outside the cities’ borders as a result of the decision discouraging the usage of studded tires within the cities. I hope that policy-makers, such as the Swedish Transport Administration, which commissioned one of the reports summarized in Elvik et al. (2013), will consider (or already has considered) the broader implications of the decision whether to allow or forbid the usage of studied tires in Swedish cities.