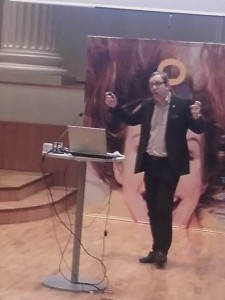 I realize again that updating this is a challenging task. I was from January to early June in Heidelberg (with a March-April break in Helsinki), completing a number of tasks I hope I can soon inform of at this site.
The picture above is from Anne Birgitta Pessi’s CoPassion conference in January. Other highlights include an Areiopagi conference with Alister McGrath in Helsinki in January, Renaissance Society in America conference in Boston with Andrea Robiglio, Lautenschläger Awards Conference and Gift conference with many Heidelberg colleagues, and teaching theology of recognition seminar in Heidelberg with Friederike Nüssel.
In late May-early June we had a big Reflections on Recognition conference in Helsinki, and then I took doctoral students to Oxford to meet Werner Jeanrond and others.