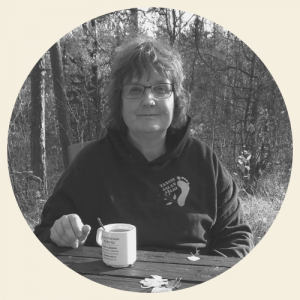 Kirsti Salmi-Niklander (Senior Lecturer in Folklore Studies, University of Helsinki) has done long-term research on oral-literary traditions, working-class culture, and on handwritten newspapers as an alternative medium, both in Finland and in Finnish immigrant communities in North America. Her recent publications include Handwritten Newspapers. An Alternative Medium during the Early Modern and Modern Periods, co-edited with Heiko Droste (Studia Fennica Historica 26, Finnish Literature Society 2019) and Reading Home Cultures Through Books, co-edited with Marija Dalbello (Routledge 2022).

In this project Salmi-Niklander’s own research will focus on T-Bone slim in the context of oral-literary traditions and vernacular literacies in Finnish immigrant communities. Together with a research assistant, she will moderate the creation of T-Bone Slim database and the research network. 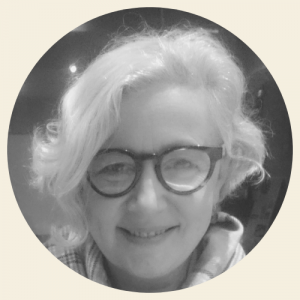 Marija Dalbello (Professor of Information, School of Communication and Information, Rutgers University, NJ, USA). She studies the history of knowledge, history of the book, text/image relations, phenomena of liminality, and the experience of migration—to which she applies a comparative and transnational perspective, historical ethnography, and sensorial analyses. Her recent publications have been focused on immigrant literacy, the reading of immigrants by the state, and Ellis Island as a post-memory site. She co-edited Reading Home Cultures Through Books (2022) with Kirsti Salmi-Niklander, A History of Modern Librarianship (2015) with Wayne Wiegand and Pamela Spence Richards, and Visible Writings (2011) with Mary Shaw.

Marija Dalbello will study T-Bone Slim in the wider framework of  migrant culture and media tactics, identifying sites and events in which transnational people’s networks and the rebel immigrant press of the first quarter of the 20th century become visible, bringing her comparative and transnational perspectives to this project. She will contribute to project events and publications. 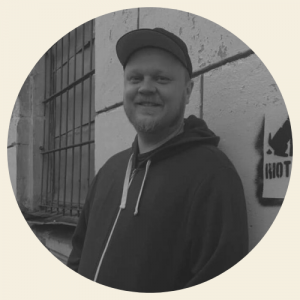 Dr. Saku Pinta (instructor in the Labour Studies Program at the University of Manitoba) has concentrated on two overlapping areas in his academic research. The politics and history of labor radicalisms, concentrating on the intersections and ideological morphologies of transatlantic anarchisms and Marxisms in the late nineteenth and early twentieth centuries.

In this project Pinta will apply a transnational perspective to an examination of the IWW union and its various institutions as self-organized networks central to T-Bone Slim’s life as a writer and itinerant worker in the agricultural, logging, and shipping industries. 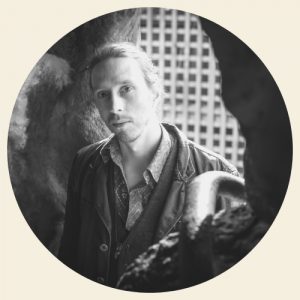 John Westmoreland is an American songwriter and musician who has performed across the US and internationally. His debut album of original songs, Cast Fire, was released in 2019. Since 2017 he has also been an independent researcher working on projects centered around the life, music, and poetry of his forgotten Finnish-American great granduncle — Matti V. Huhta — who was better known as the mysterious hobo songwriter, poet, and IWW columnist, T-Bone Slim.

In this project John Westmoreland will document the archival data in the U.S: family archives, oral histories and collections in libraries and archives. Additionally, John Westmoreland will continue his artistic work on new arrangements of T-Bone Slim’s songs, in collaboration with other musicians.
www.johnwestmorelandmusic.com 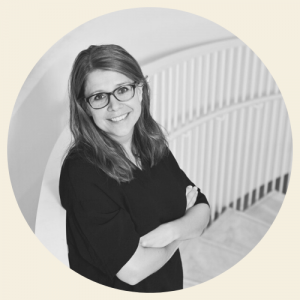 Dr. Saijaleena Rantanen (university lecturer at the Arts University – Sibelius Academy) is a music historian who has concentrated on the social, political and cultural history of music. Lately she has focused on the “forgotten” (music) history of the activist “Red” Finns in North America and is now widening her perspective to Soviet Karelia where more than 6,500 Finnish Americans and Finnish Canadians went to look for a better life. Many of the artists who left their homes first in Finland and then again in North America to build a workers’ utopia in Soviet Karelia, were also active in IWW.

Saijaleena Rantanen has studied the IWW Finnish songbooks, and started an artistic project in collaboration with the band “Laulava Unioni” (Karri Miettinen/Paleface, Tipi Tuovinen, Ossi Peura) to create new adaptations of the Finnish IWW songs. Saijaleena Rantanen will contribute to project events and publications, focusing on T-Bone Slim’s networks in the music life of IWW. 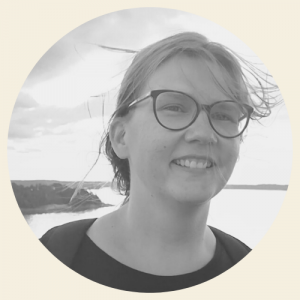 Dr. Samira Saramo is a Senior Researcher at the Migration Institute of Finland and Docent of Cultural History at the University of Turku. Saramo is a transdisciplinary historian researching the places, feelings, narrations, and everyday experiences of Finns in North America. In her current Kone Foundation funded project, “Deep Mapping the ‘Uncharted Territories’ of Finnish Immigrant History,” Saramo is situating Finnish migrant histories within the context of settler colonialism in the Canadian province of Ontario. Her recent publications include “Capitalism as Death: Loss of Life and the Finnish Migrant Left in the Early Twentieth Century” (Journal of Social History 2021), “Archives of place, feeling, and time: Immersive historical field research in the (Finnish) U.S. Midwest” (Qualitative Research 2021), and the forthcoming monograph Building That Bright Future: Soviet Karelia in the Life Writing of Finnish North Americans (University of Toronto Press 2022).

Samira Saramo brings to the project extensive background in the histories of the Finnish North American Left and will contribute to the project’s mapping and analyses of T-Bone Slim’s family and political networks.
www.samirasaramo.com 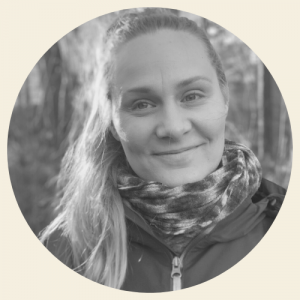 Research assistant Lotta Leiwo is Master’s student at the University of Helsinki majoring in folkloristics and minoring in religious and North American studies. In her studies, Leiwo has focused on handwritten newspapers, working class leisure time and cultural relationship with nature. Additionally, she is interested in folk tales and healing practices.

In this project Leiwo is compiling and managing research data providing summaries and translations of Finnish data. She is also working closely with PI Kirsti Salmi-Niklander to create the T-Bone Slim database and the research network. During the project, Leiwo will also work on her Master’s Thesis about Finnish immigrants’ leisure time in North America.

The project collaborates with Dr Owen Clayton (University of Lincoln, UK) and Dr Iain McIntyre (Australia), who are working on the publication of T-Bone Slim’s selected works. 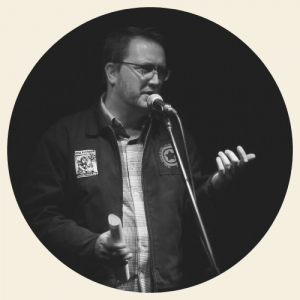 Dr Iain McIntyre is a Melbourne based historian and radio broadcaster who has authored, edited and co-edited ten books including On The Fly: Hobo Literature and Songs, 1879-1941 (PM Press, 2018). His most recent publications are Dangerous Visions and New Worlds: Radical Science Fiction, 1950 to 1985 (PM Press, 2021) and Environmental Blockades: Obstructive Direct Action and the History of the Environmental Movement (Routledge, 2021). He is a co-librarian at the online activist resource repository commonslibrary.org for which he writes regularly about labour and social movement history. 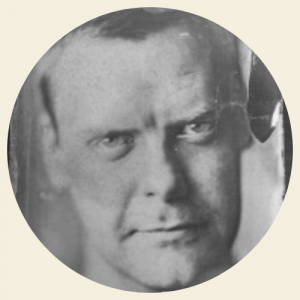 Owen Clayton is a Senior Lecturer in English Literature at the University of Lincoln (UK). His specialism is late nineteenth and early-twentieth century transatlantic literature, and his research interests are the representation of vagrancy and homelessness, and the relationship between literature and photography. Clayton is currently finishing his second monograph, provisionally entitled Vagabonds, Tramps, and Hobos: the Literature and Culture of American Transiency. Clayton’s first monograph, Literature and Photography in Transition, 1850-1915, came out with Palgrave MacMillan in 2015. Owen Clayton is also the editor of Representing Homelessness, a multidisciplinary volume was published as part of the Proceedings of the British Academy series (Oxford University Press) in 2021, and of a book of letters entitled Roving Bill Aspinwall: Dispatches from a Hobo in Post-Civil War America (Feral House books, 2022).