New paper by Palviainen et al. 2017 is dealing with nitrogen balance along the boreal forest fire chronosequence. The aim of this study was to examine changes in the pools, fluxes and balance of N along a 155-year fire chronosequence in sub-arctic Scots pine (Pinus sylvestris L.) stands, and to investigate how the number of microbial genes associated with N cycling are linked to N dynamics.

The results suggest that non-stand-replacing fires in sub-arctic pine forests decrease considerably the N pools in living vegetation and increase the N pools stored in dead biomass. However, it seems that changes in total ecosystem N pool are minor, because large N pool in the soil does not noticeably change. N-fixation depends on the successional stage after a forest fire. Based on the number and intensity of genes related to N-fixation as well as the measurements of N-fixation, it seems that N-fixation rates can be substantial on the surface of the humus layer after the fire. However, because most of the N fixation takes place in mosses, and moss biomass increases with post-fire succession, total ecosystem N fixation rates increase with time since fire. N-fixation is five times higher in mature forests than in recently burned areas. 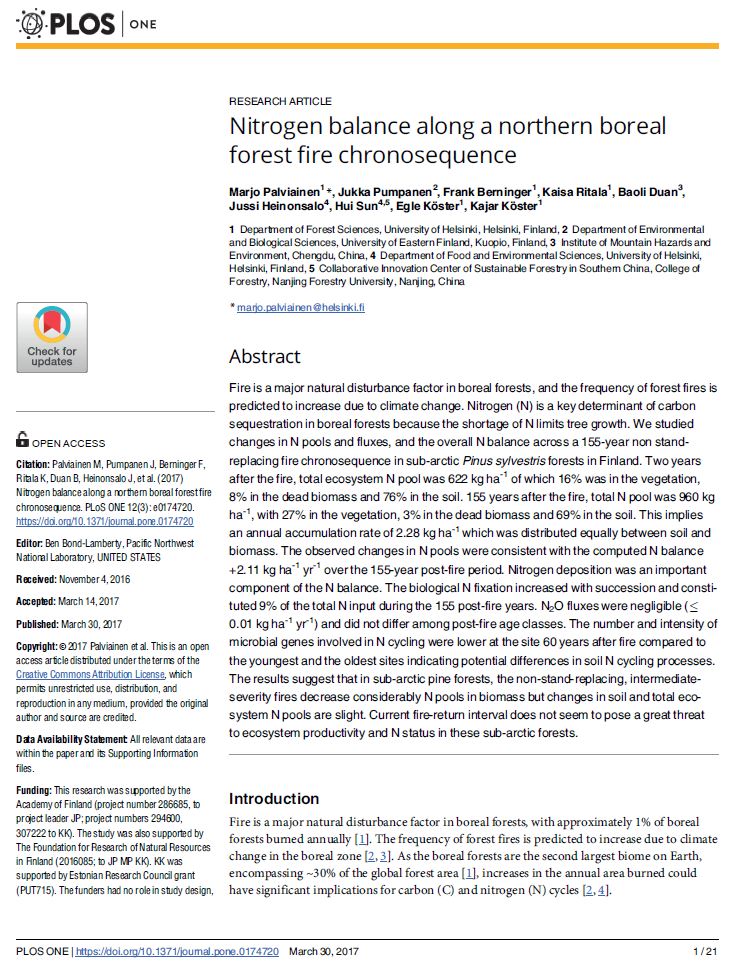