New paper by Köster et al., 2018 is dealing with the long-term effects of fires on the fluxes of two main C-based GHGs (CO2 and CH4) in boreal coniferous forest areas in central Siberia with underlying permafrost.

The results of the study indicate that fire significantly affected the fluxes of CO2, and the impact of fire lasted much longer than expected based on previous studies. There was a significant decrease in soil CO2 efflux shortly after the fire, but over time the emissions started to increase and this increase continued for more than 50 years after the fire. The effect of fire on the CH4 flux was not significant in Siberian boreal forest with a permafrost base, but all the studied areas acted as a CH4 sink. There was a clear negative correlation between CO2 emissions and depth of the active layer, while CH4 fluxes were not influenced by it. The results also confirmed that the role of recovering vegetation in CO2 emissions is significant as the main factors driving the CO2 flux were the biomass of birch and alder trees, and the biomass of the vascular plants in the ground vegetation. 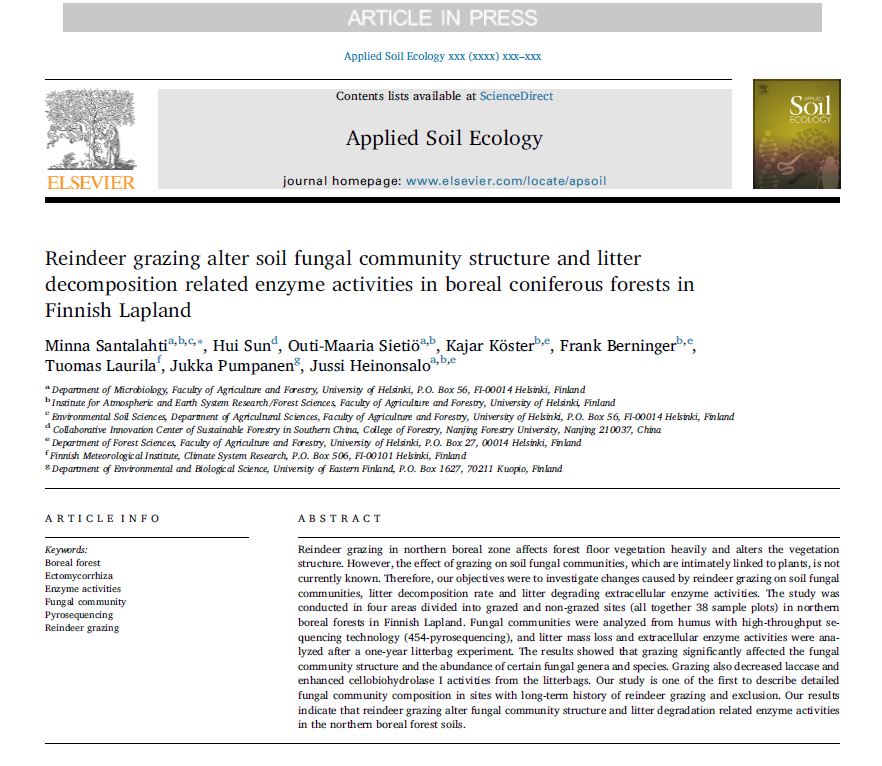