Imagine, that you have been single-handedly ruling a country for more than 20 years and now you feel tired and want to leave. What is the best way to do it? Should you find a successor or maybe better to adopt a new constitution? Or come up with a new advisory body and head it after you stop being a president?

ElMaRB project leader Margarita Zavadskaya knows how to do it best. Read her scientific instruction for authoritarian leaders on Meduza.

University of Helsinki published a small interview with the project leader, Margarita Zavadskaya, at the University Intranet Flamma. In the interview, that was given right after the grant results were announced, Doctor Zavadskaya describes the project’s aims and expectations. 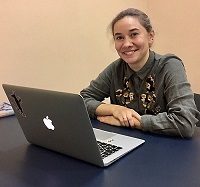 Margarita Zavadskaya, PhD, investigates in her project entitled ‘Electoral Malpractice, Cyber-security, and Political Consequences in Russia and Beyond’ (ElMaRB) how public perceptions of elections and their quality affect citizens’ political behaviour. In the era of fake news, can the media undermine people’s trust in electoral institutions?

“I think that if people consider elections to be poor quality, it can affect their participation and also their trust in democratic institutions. In certain circumstances, such as under regimes that put restrictions on their citizens, mass media can be used to disseminate messages that influence people’s views. In my research, I explore Russia as a central operator of electoral malpractice, comparing it with other post-communist countries,” Zavadskaya says.

Zavadskaya says she has always wondered why dictators organise elections. After all, there is always a risk of losing, while elections take a lot of resources to organise.

“I began my doctoral studies at the European University Institute in Florence in the autumn of 2011 immediately after the Arab Spring. I became interested in how elections and mass protests affect the democratisation of authoritarian states. In my home country, widespread protests erupted after the elections held in December 2011, giving me another reason to study post-electoral contention in authoritarian states and their consequences for political regimes. Since then, I have worked for the Electoral Integrity Project and contributed to UNDP projects devoted to promoting electoral integrity,” she states.

Zavadskaya and her team are interested in whether expectations of poor-quality elections have an effect on voter turnout and trust, regardless of the actual quality of the elections.

“We posit that spreading fake information harms trust and participation in democratic systems.”