On the 10th-11th of December, Sakharov’s Centre, Levada, and Memorial organised the 4th conference “Russian realities: state, socium, civil society”. Margarita Zavadskaya gave a talk “Political support during the pandemic: the success of the communists and COVID-scepticism”. The main arguments of her presentation were summarised by Boris Grozovsky and published online:

Political support for the regime changed under the influence of both long-term and short-term factors. The political consequences of the pandemic are close to none, but there is a number of nuances. “The success of the communists” in 2021 is “success” only under the conditions of the current regime; if it were softer, no one would be surprised. And this is connected to covid skepticism.
The pandemic as an external shock affects the level of political support. People who have been themselves ill (or their loved ones) do not experience a decline in support of the government and the health care system, of the system of institutions as a whole. That is, the pandemic did not affect the decline in confidence in the enlarged government. The pandemic has left no political traces. However, it interacts with other factors. This is not a shock localized in time, like a natural disaster, it is extended in time and less intense. This reduces the effect of shock and suddenness.
Covid is not visible. We do not always observe the consequences directly, plus there is an effect of fatigue from this agenda. In democracies, political support grows in a situation like this (the “rally around the flag” effect), but this is a short-term effect. The second effect is hyper-responsibility: if there is an increased number of deaths, this affects the decrease in support for the authorities. This phenomenon is less common.
What is happening in Russia? It seems like nothing. In fact, there are some effects:
1) The pandemic affects the economic situation – the damage is quite large. If the economy is declining and government support is low, citizens should, in theory, “punish” the government with a decrease in support. The loss of job or a decrease in income affected the decrease in support, but also very slightly (the effect was weak or insignificant). One of the most pressing issues is inflation. Economic problems came to the fore not in 2020, but in 2021 (the pandemic worries people less now).
2) Feelings of anxiety, anxiousness, expressed through the questions like how well the government is coping with the crisis, whether people fear getting ill, have become a top predictor of support. The more anxious people feel, the higher their support for the government (hopelessness and anxiety induce people to look for an “anchor” in the form of state institutions).
3) But the winner among the factors influencing political support was covid skepticism (the higher it is, the lower the support of the authorities). However, it is not clear what is the cause and what is the effect (were people skeptical of the government even before the pandemic or did the pandemic cause a decrease in support). The share of covid skeptics was about 38% in 2020, now – about 30% (these people think covid is fiction). Here Russia, along with Chile, is the leader. Did we dream of such opposition?
Support for the communists increased despite the clear-up of the political field. Does this mean that the communists have returned from political oblivion? In the week before the elections, the share of negative references to the Communist Party of the Russian Federation on TV channels increased sharply. The Kremlin was very much afraid of the Communist Party of the Russian Federation as a political force capable of uniting the electorate against the ruling party. This is an amazing result of both this party and the entire civil society. The communists became the beneficiaries of Navalny’s removal from the political field, the growing popularity of Smart Voting, and the growing distrust of the state presented also in the form of covid skepticism. The Communist Party turned out to be a “dust collector” of the protest vote.
The state is mistrusted so much that people do not trust all its institutions and its vaccine. This continues to strengthen the communists. Do these processes have the potential for increasing politicization? It is unlikely: the groups are scattered, they have little in common, they have poor communication channels.

The full version of Margarita Zavadskaya’s talk in Russian can be watched here: 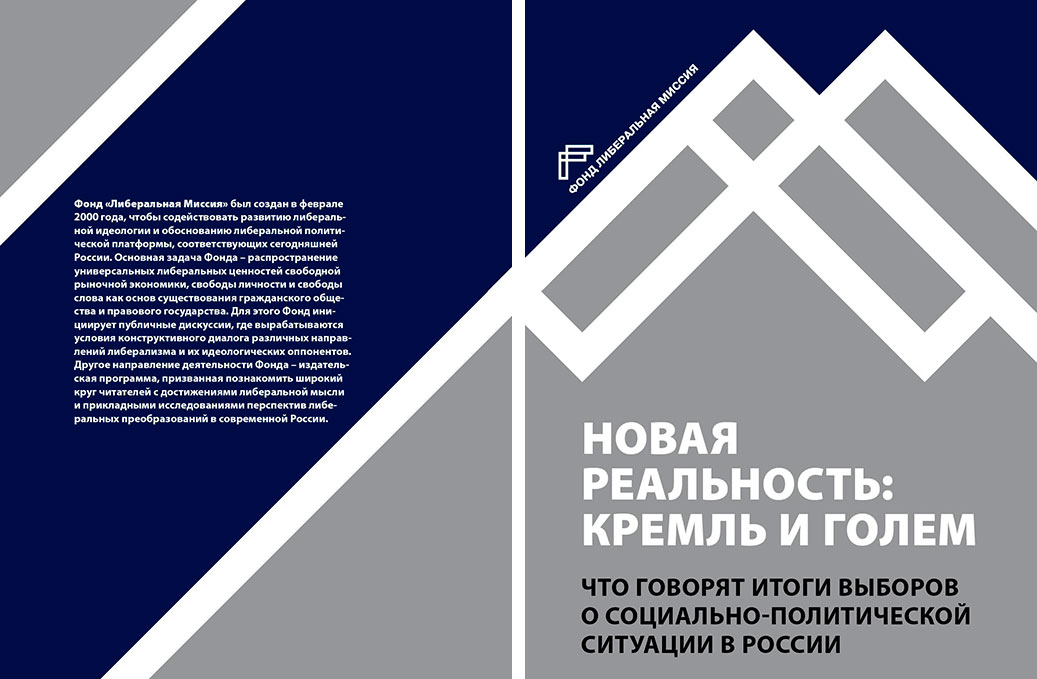 Margarita Zavadskaya was one of the authors of the report and wrote the part titled “The Party of People’s Mistrust: Components of the CPRF Success”. The text is based on the media monitoring we have conducted during summer 2021.

Under the conditions of complete “clean-up” of the political sphere, CPRF became the main beneficiary of the Smart Voting. Threat from the Communists, supported by the Smart Voting, affected the media campaign strategy of the federal tv-channels: if the start of it was quite peaceful, the last week before the elections the political coverage was mostly concentrated on discrediting the CPRF, 70% of whose mentions were negative. The Communists success hardly speaks of the “leftening” of the electorate, more likely the CPRF became a “focal point” for the protest regardless of the ideological positions of the protesters or even the Smart Voting recommendations. Consolidation of the “electorate of mistrust” atound the CPRF was promoted by both the weakening of LDPR’s oppositional rhetorics and the Communists’ position regarding the mandatory vaccination. All in all, the current social situation and Kremlin’s harsh strategies deprive the elections from their standard functioning – they are not a mechanism of cooptation of the moderate opposition. The cleavage between the political composition of State Duma and reality will be maintaining the tension and irritation. Scared of repressions and annoyed citizens will enter political nibernation until the new window of political opportunities emerges.

Her text can be read online in Russian.