In two weeks, on the 15th of June, our project trainee Amelie Tolvin will present her MA thesis at the New perspectives on Russia and Eurasia seminar. The title of her talk is “Use your weapons:” Protest Repression in Lukashenka’s Belarus, and you can watch it online in Zoom or come to Aleksanteri Institute meeting room (Metsätalo, wing C, 2nd floor) at 14:00 and watch it live. Vladimir Gel’man, Professor of Russian Politics at Aleksanteri Institute, University of Helsinki, will act as a discussant. 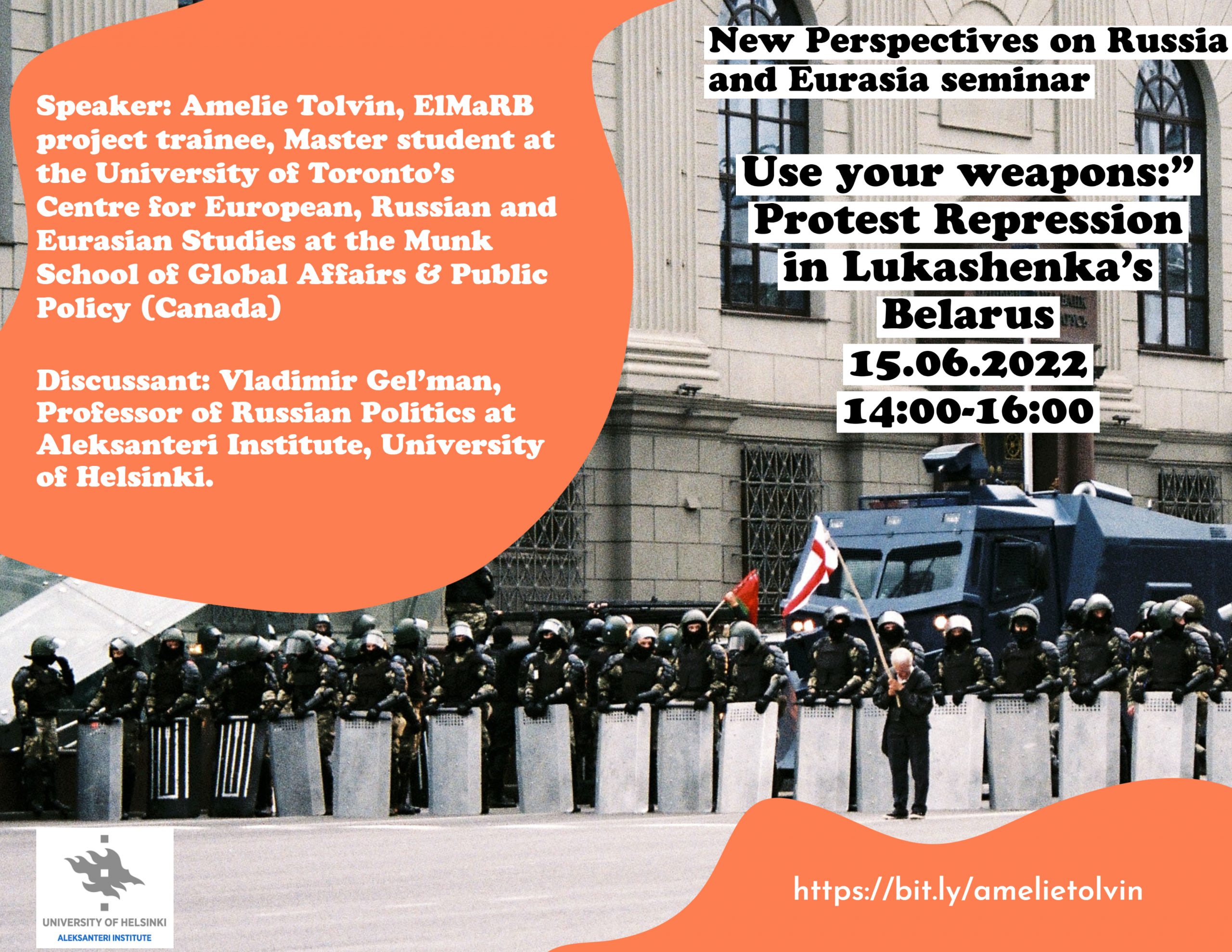 Here is the abstract of Amelie’s talk:
Belarusians took to the streets following the August 2020 Presidential election in their country, decrying falsified results that gave Alyaksandr Lukashenka his sixth term in power – the authoritarian leader had been ruling Belarus, known as ‘Europe’s last dictatorship,’ for 26 years. The protest movement, arguably the largest and most persistent of its kind in the history of the country, was met with disproportionate levels of coercion and repression at the hands of the regime. Within the first few days of the movement, over thirty thousand were detained.

The objective of this paper is to examine the varying security service responses to the protest movement in Belarus in an effort to ascertain common patterns and developments in the Belarusian protest-repression dynamic. While utilizing theories of threat perception, repression, and contentious politics, this paper attempts to ascertain the security service decision-making processes that have ultimately led to varying levels of repression throughout the country.