Alexey Navalny has been more than two months behind the bars already, after his return from post-poisoning rehabilitation in Germany. His supporters back in February promised to resume the protests in spring, and now they plan to organise new and unprecedented street protests.

Margarita Zavadskaya was one of the experts whom openDemocracy interviewed about the forthcoming protests – how efficient the new campaign could be? According to Zavadskaya, Navalny’s team strategy is well-justified: such visualisation of the opposition supporters will send a signal not only to the authorities, but also other people who maybe are afraid to go to the streets yet – now they will be able to see that they are not alone. And as we know, the more people attend rallies, the more costly it is for the authorities to repress them.

Read the full version of the article in Russian online.

The COVID-19 pandemic reinforces the primary function of any government to produce corresponding policies. Despite managing day-to-day administration, executives now should handle the Corona crisis, lockdowns, border closure, and vaccination campaigns. The pandemic context created a window of opportunity for some national executives to exercise extra power and, in certain cases, violate democratic standards (Lührmann, Edgell, and Maerz 2020). Considering this trend, the question is how citizens hold governments accountable for the economic consequences of the current crisis?  Valeria Caras analyzes the relationships between governmental trust and economic indicators in the pandemic context in the previous post. In this text, a mediator in this causal mechanism is added. As such, the impact of unemployment on trust levels is determined by the clarity of governmental responsibility – an indicator measuring how much control the cabinets exercise. 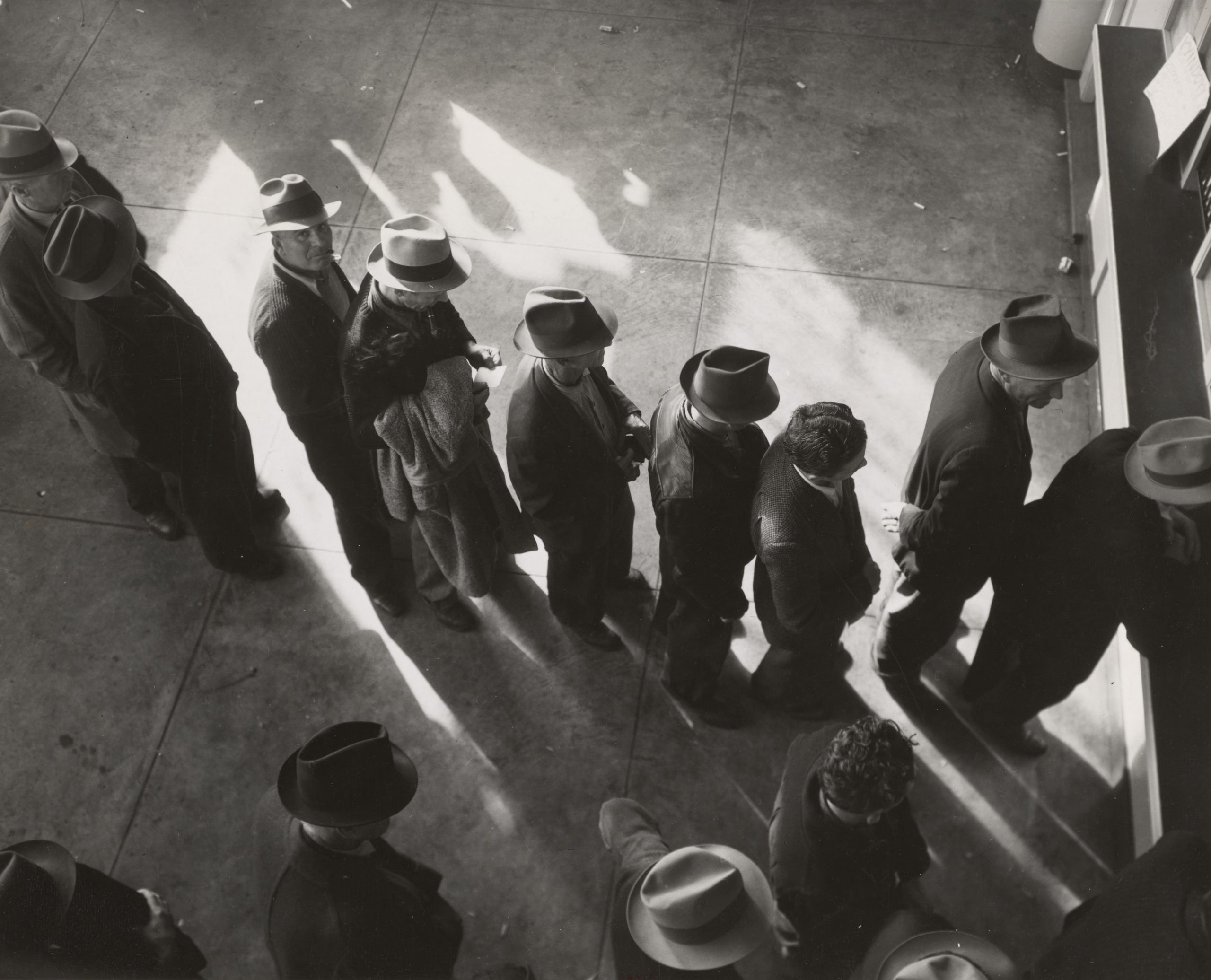 END_OF_DOCUMENT_TOKEN_TO_BE_REPLACED

Margarita Zavadskaya has contributed to the latest episode of “Talk about power” podcast “Russia #FreeNavalny Protests: Toilet Brushes and Akvadiskoteka”.

Walter and Macon talk to Russian opposition figures and organizers affiliated Alexei Navalny’s political network about the recent #FreeNavalny protests. Why are Russians protesting? How does the opposition organize? Why is corruption such a potent issue in Russia? What does this mean for Putin’s hold on power? Walter and Macon conclude with takeaways for U.S. policymakers and others in the West.

You can listen to the episode below:

We continue to present the keynote speakers at our October International workshop “Electoral Integrity and Malpractice in Russia and Beyond: New Challenges and Responses”. Today we want to introduce you to the rest of our brilliant speaker group. If you want to hear their talks and discuss your research with them, make sure to apply for the workshop – the call is open until the 1st of June. 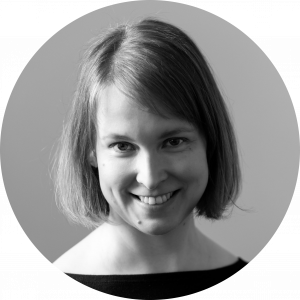 Our third keynote speaker is Åbo Akademi University Research Fellow Inga Saikkonen. Dr. Saikkonen specialises in electoral authoritarianism, electoral manipulation, and democratic developments.  Her latest publications are dedicated to how the COVID-19 affects democracy; authoritarian capacity, and electoral manipulation.  At the workshop, Inga Saikkonen will give a talk “Asymmetrical Effects: The Subnational Electoral Geography of Authoritarian Regime Stability”, which is based on the paper she is co-authoring with Assistant Professor Allison White from Colorado State University:

How do changes in subnational politics impact the stability of authoritarian regimes? Previous research has examined the spatial heterogeneity of support for authoritarian regimes and has argued that regime stability depends, at least in part, on the mobilization of support in key subnational strongholds. However, existing scholarship has not examined the electoral ramifications of changes in the relationship between the center and those important subnational constituencies. When the relationship between the center and key subnational actors changes significantly, how are the regime’s electoral fortunes affected? Why do authoritarian regimes pursue strategies with respect to key domestic allies that may jeopardize their electoral support? We examine these questions with fine-grained electoral and census data from one of the world’s most prominent authoritarian regimes–the Russian Federation–to evaluate the potentially far-reaching consequences of the Putin regime’s recent political campaign against its former domestic allies. In this paper, we compare the patterns of electoral support in four most recent national legislative and presidential elections to uncover implications for Russian electoral politics and the durability of the Putin regime. Our results highlight the importance of subnational political structures in securing electoral support for the current regime. Our paper also contributes to the broader literature on electoral politics in authoritarian regimes. 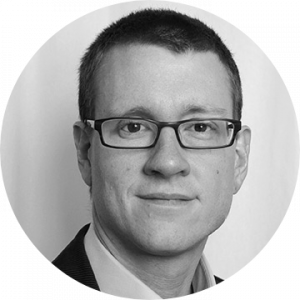 Our next keynote speaker is Associate Professor at the Department of Political Science at the University of Wisconsin–Milwaukee Ora John Reuter. His research interests include comparative political institutions, authoritarianism, elections, democratisation, comparative political economy, and Russian politics. Professor Reuter is the author of the book the Origins of Dominant Parties: Building Authoritarian Institutions in Post-Soviet Russia and the recent papers on Clientelist Appeals and Voter Turnout in Russia and Venezuela; Protest Coordination in Authoritarian Regimes. At the workshop, Ora John Reuter will give a presentation “The Demand for Democracy: How Voters React to the Cancellation of Local Elections in Russia”: 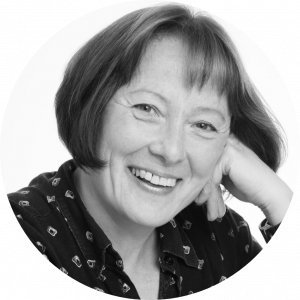 And our last but absolutely not least keynote speaker is Katalin Miklóssy, a Senior Researcher at the Aleksanteri Institute and Lecturer at the University of Helsinki. Katalin specialises in political history, nationalism and identity building, strategic culture, and the Central and Eastern European region. Dr. Miklóssy works as an expert evaluating research projects for the EURIAS, the Austrian Science Fund, and Baltic Sea Fund. Her recent publications are dedicated to Subregional Integration in East-Central Europe and Strategic Culture in Russia’s Neighborhood.  At the workshop, you can listen to her talk “Electoral adaptability in the Eastern EU”:

The current European concern about how to tackle the apparent erosion of the rule of law in the Eastern members of the EU has calibrated the focus on elections as the main democratic instrument of changing power-holders. Much less attention has been directed to ways in which contemporary illiberal leaderships apply to maximize their chances for staying in power. It can be argued that preparation for and proceedings of elections display a remarkable flexibility, designed to adapt to fast changing pressures coming from below or from the international arena. The administrations’ ability to react to upcoming challenges are partly due to their openness to networking with each other and resembling regimes. In addition, the Pandemic gave an extra opportunity to boost authoritarian tendencies especially because Western democracies applied also shortcuts in parliamentary decision-making, limited civic freedoms and rescheduled elections as crisis management. This provided an unexpected point of reference to apply new argumentative means, which became suddenly available for illiberal elites.

We are very proud to have such distinguished experts as our keynote speakers and we cannot wait to see them all at our October International workshop!

Our ElMaRB team is preparing the International workshop “Electoral Integrity and Malpractice in Russia and Beyond: New Challenges and Responses”, which is going to take part in October 2021. We would like to remind you that the call for papers is open until the 1st of June, and we are waiting for your submissions through e-lomake.

At the workshop, we will have an excellent panel of Keynote speakers, and today we would like to present you the first two – Professor Norbert Kersting and Professor Vladimir Gel’man. 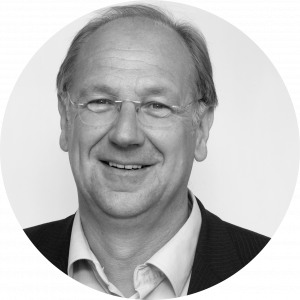 During the workshop, Professor Kersting will give a talk “Direct Democracy and Integrity. Russia and beyond”. Here is the abstract of his presentation:

Referendums at used in modern authoritarian systems as well as in democracies. The new Direct Democracy Integrity Index is a newly developed empirical instrument to evaluate the variety and integrity of referendums. Based on the electoral cycle a referendum cycle was defined in order to evaluate the implementation and the integrity of referendums. It covers electoral laws and electoral procedures as well as thematic limitations of referendums in different political systems. It highlights voter registration and the initiation of referendums. It focuses on campaign and media coverage as well as on campaign financing. Furthermore, the voting process itself, the post referendums vote count, and the role of the electoral authorities are important areas for evaluation. The new instrument was used to analyse constitutional referendum as in the Turkish, Russia, etc. What is the level of integrity in Russia and elsewhere? Where is integrity and what kind of malpractices exist? 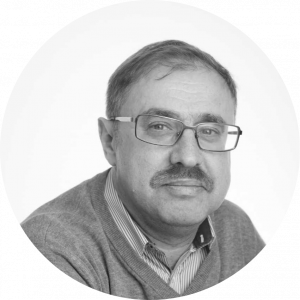 Our next Keynote speaker, Vladimir Gel’man, is a Professor of Russian Politics at Aleksanteri Institute and a Professor at the European University at St.Petersburg, focusing on political regime dynamics, political institutions, governance and policy-making, elections, governance, and policy conduct in Russia and post-Soviet Eurasia, political parties, and political protests, and sub-national politics in Russia. Vladimir holds the Russian Political Science Association Award and is the author of various articles and books on post-Soviet politics. His latest research is dedicated to Authoritarian Modernization in Post-Soviet Russia, bad governance during the COVID-19 pandemic in Russia.

The participants of the workshop will get a chance to hear Professor Gel’man’s presentation “Governing Authoritarian Elections: The Case of Russia”:

The mechanisms of electoral governance under authoritarianism aimed at preservation of political monopoly under the guise of multi-party and multi-candidate contest. However, the very framework of legal regulations and their implementation relied upon numerous political and institutional devices, carefully chosen and arranged on the basis of “menu of manipulations”, typical for some electoral authoritarian regimes. Under such conditions, regimes employs the combination of high barriers, vague norms, biased enforcement of rules, and top-down mechanisms of control. Russia demonstrated the evolution of mechanisms of electoral governance towards near-elimination of very possibilities for unwanted electoral results. Still, these mechanisms are imperfect, as they perform at the expense of legitimacy of elections and not always prevents undesired outcomes. This is why authoritarian elections is a risky game, vulnerable to disequilibrium, observed in the wake of post-election protests in 2011-2012. Based on this perspective, I will discuss the experience of elections in Russia since the Soviet collapse until the State Duma elections of 2021.

Follow our blog and ElMaRB’s LinkedIn to get all the updates on the workshop.