Europe-Asia Studies published a new article of the upcoming special issue Good and Bad Governance in Russia: Actors and Institutions (2021, vol.73, N6), edited by Margarita Zavadskaya and Vladimir Gel’man. The article published on the 21st of June is titled “Providing Goods and Votes? Federal Elections and the Quality of Local Governance in Russia” and is written by Margarita Zavadskaya and Lev Shilov (Director,  Urbanism & Participation Research Centre, European University at St Petersburg).

The article can be accessed on the publisher’s website.

On the 13th of June Finland held municipal elections that were moved from April due to a worsening pandemic situation. This decision at the time caused criticism from some of the opposition parties, who claimed that Finnish democracy was threatened. In Russia, in turn, the next municipal elections will be held in a number of regions on the all-Russia voting day on the 19th of September amidst worsening repressions against the opposition. We decided to invite four experts from Finland and Russia to discuss these elections and what can be learned from both countries – Finland, an established democracy that enjoys one of the best in the world media freedom, and Russia, a peculiar authoritarian state where some local elections sometimes are pretty competitive.

Josefina Sipinen, who has just defended her doctoral dissertation about the recruitment of immigrant origin candidates in Finnish local elections at the University of Tampere, in her opening word talked about the harassment that municipal candidates face. especially women and representatives of ethnic minorities. Jesse Jääskeläinen, who ran as an SDP candidate at the Helsinki municipal election 2021 and served as a municipal councilor in Muurame (Central Finland) in 2017-2020, agreed with Sipinen. Jääskeläinen wondered whether there is an objective increase in hate speech or do the candidates just speak more openly about it. This issue maybe became more prominent this year also because the campaign was essentially moved online due to the pandemic.

Speaking about local elections in Russia, Vsevolod Bederson, coordinator of “+1” electoral coalition at the Perm City Duma election 2021 and a PhD in Political Science, pointed out that running an opposition’s campaign in modern Russia is challenging, which is further exacerbated by the recent court decision that classified Navalny’s structures and their supporters as extremists and forbade them to take part in the elections. Anton Shirikov, who is a PhD Candidate at the University of Wisconsin-Madison, studying propaganda, misinformation, and perceptions of media in post-Soviet states, spoke about the foreign interference and the use of misinformation in elections. Based on the collected by the EU data he showed, that the foreign interference in local elections is low, especially in Finland, and stressed that the danger of misinformation is not in the thing itself, but rather how local politicians decide to use it in their advantage.

A low turnout at municipal elections is a problem that is witnessed in both countries. In Finland, there is lower voting among young people, who might prefer others forms of political participation.  Jesse Jääskeläinen noted that it is crucial for a young person to vote in their first-time elections in order to continue voting at the upcoming elections. This might be an issue for many children of Russian migrants in Finland. For Russian voters the role of the institutional heritage should also be taken into account: people are not used to political participation.

Low turnout in Finnish municipal elections among Russian speakers might be explained by the high heterogeneity of Russian speakers who live all over the country and are hardly reachable due to the geographical aspect. Moreover, it is challenging to run in the elections with a Russian background because of the language barrier and the need for an established network: in order to run from the party, a candidate should already have connections within parties and support within. Methods of the selection of candidates vary among parties and cities, bigger cities – tougher competition.

Talking about the important topics of this year, surprisingly the pandemic is not a central issue. However, in Finland, the blame attribution is visible among entrepreneurs and workers of the cultural sphere which is hit hard by the restrictions.  While in Finland climate change is the most polarising topic at the local elections, in Russia the main rivalry happens between regime supporters and opposition, especially after the Anti-Corruption Foundation of Alexei Navalny was claimed as an extremist organization.

At the end of the discussion, the speakers talked about Voting advice applications or VAAs (vaalikone in Finnish). in Finland, older people and residents of the smaller towns rarely use Vaalikone since they often already know whom to support or are not familiar with new technologies. Candidates note that such instruments do not always focus on the local level issues, which is challenging for elections of municipal level. VAAs are mostly beneficial for the media which creates news from it. In Russia, VAAs are not in use, and if they were, it would harm the ‘Smart Voting’ strategy and split the opposition votes.

The full recording of the discussion is available below. It was a great exchange of experiences and ideas between the Russian and Finnish sides and we hope that it can inspire researchers and practitioners to look at the municipal elections from a new angle.

On Thursday 17th of June Margarita Zavadskaya was one of the invited speakers at the Russian Law Talk seminar ‘All Doom and Gloom Before the Duma Vote?’. The other speakers included Dmitry Kurnosov, Carlsberg Fellow at the University of Helsinki, and Vitaly Averin, Member of the Federal Council of the Golos Movement.

On 19 September 2021 Russians will go to polls to elect 450 members of State Duma, the lower house of parliament. Although it wields little real political power, elections to the Duma always had outsize importance. They test the ability of local authorities to ‘deliver’ results for the federal center and also gauge public opinion without resulting in real change. The period before elections tends to bring both heightened repression and increased welfare spending to scare and bribe the electorate. This year is no exception. A slate of new repressive laws has been adopted in the past month to specifically target the supporters of imprisoned regime critic Alexey Navalny, who encourages tactical voting. Several opposition figures have already been arrested or forced out of the country. The upcoming election also seems to discourage any pressure on citizens to improve the currently lagging Covid-19 vaccination rate. A technical innovation is the rollout of electronic voting in several regions, despite remaining concerns over its security from fraud. The experts will discuss these and other themes related to the upcoming election.

In her speech, Margarita Zavadskaya covered three questions: 1) What are expectations for political participation in the State Duma elections 2021? 2) How Russian voters see electoral malpractice? What are misperceptions of electoral integrity in general and in Russia specifically?

This year the integrity of elections does not seem to be too different from the previous ones, with the exception of recent laws and decrees that pronounced FBK and other Navalny’s political structures as extremist organisations and prohibited anyone connected to them from running in the elections. But it not the quality of the elections that is important, but how the citizens perceive it. In 2019, for example, when several major oppositional figures were not registered as candidates in Moscow legislative elections, the Muscovites organised a series of rather massive protests.

This year we will still get to see how the citizens will perceive the quality of the elections, but at least three things should affect it: Covid pandemic, aggravated economic recession and inflation, and growing repression. Based in that, Margarita Zavadskaya expects low or mobilised turnout rates and decrease in genuine political support. Although she believes that there is low likelihood of large-scale post-election protests, mainly due to the increased cost of protesting in the more and more repressive regime.

The discussion was recorded and will be available in the future in the Development of Russian Law blog. 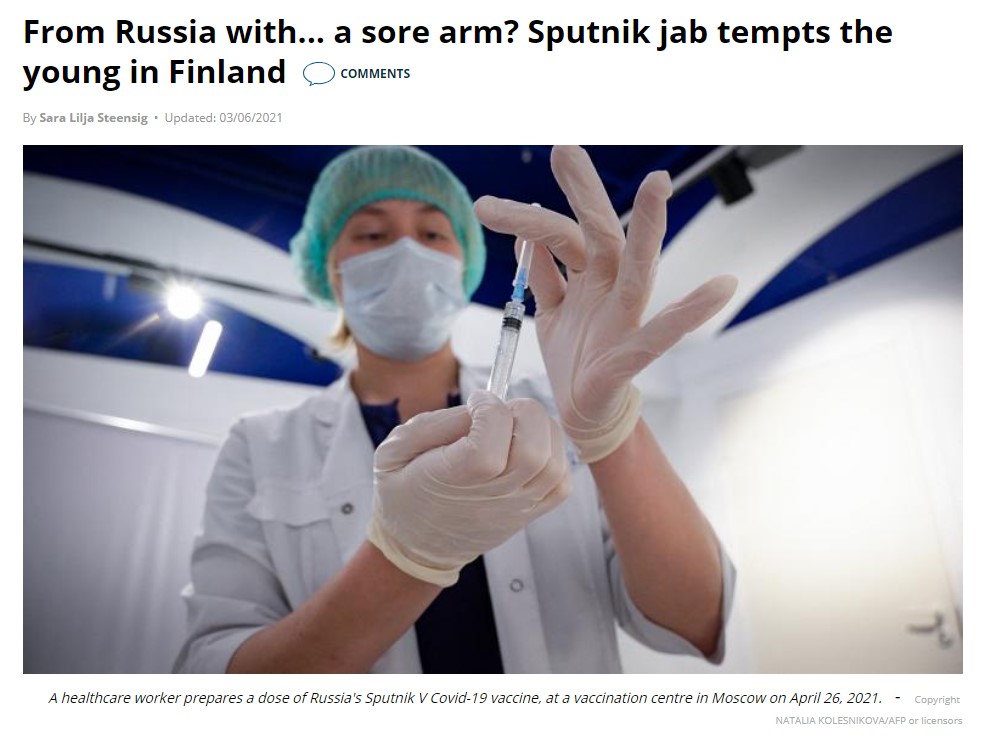 Yesterday Sakharov Center organised a Zoom discussion with Graeme Robertson, Sam Greene,  Ilya Yablokov, Boris Grozovsky, and Margarita Zavadskaya, where Russian version Greene’s and Robertson’s book ‘Putin vs. People‘ was presented. The speakers discussed some of the main arguments of the book and why they recommend everyone reading this work. 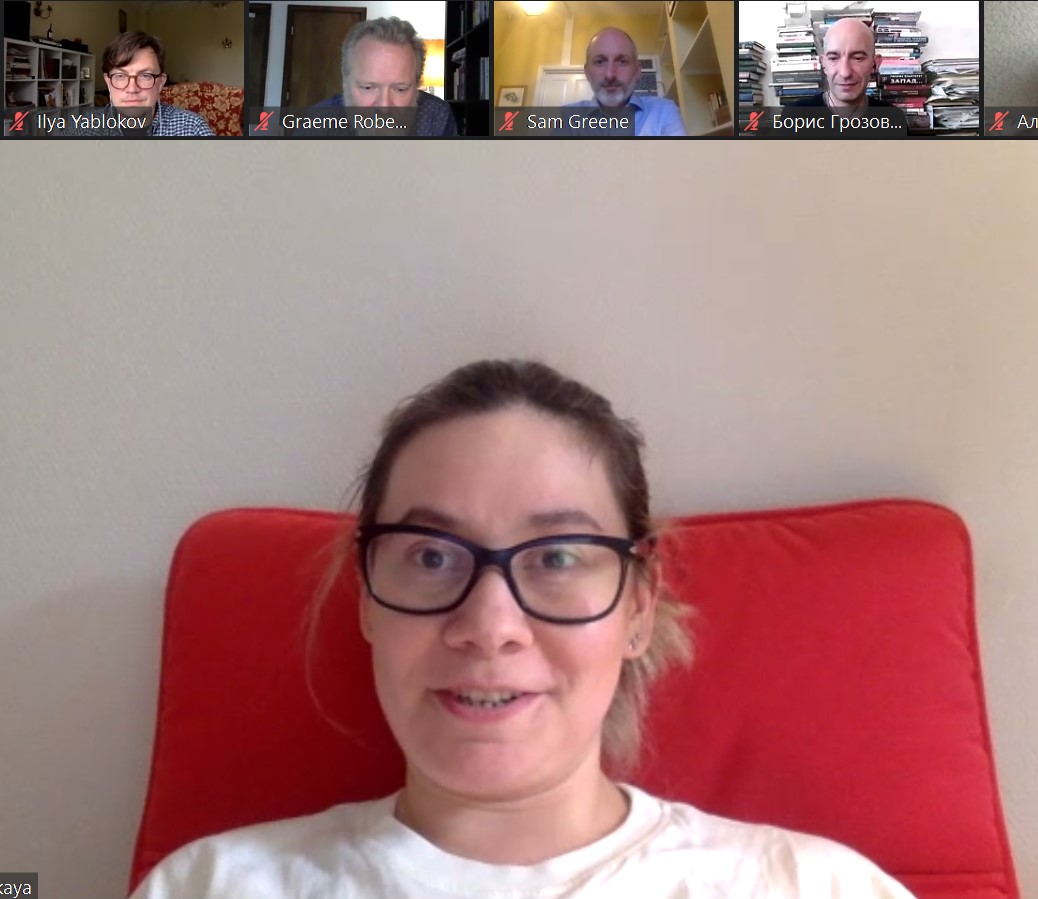 According to Margarita Zavadskaya, this book is a great example of how to really understand the mechanisms of popular support without resolving to the overused stories like historical path-dependency. She praises the book for its emancipation of Russian citizens – the authors suggest that instead of Putin’s Russia there really is Russia’s Putin’. Zavadskaya pointed out how elegantly “Putin vs. People” and its Russian version avoid following the popular concepts of preference falsification, the power of state propaganda, “homo soveticus” or claiming that Russian people really enjoy the regime and therefore deserve it. This book instead offers a very honest look into the nature of political support in Russia.