As part of the 11th Scientific and Practical Conference “Cultural Heritage: Integration of Resources in the Digital Environment” the Presidential Library in cooperation with the Federal Archival Agency, the Union of Russian Museums and the Russian Library Association held the round table discussion “Russia-Finland: pages of our shared history”. The round table discussion spotlighted the issues of history of relations between the Russian Empire and the Grand Duchy of Finland. Dr Larisa Kangaspuro gave the presentation “The Grand Duchy of Finland and “other” prison in the Russian Empire”.
The paper discusses how penal reforms conducted in the Grand Duchy of Finland were perceived from an imperial point of view in the transnational context. Comparison of socio-cultural differences in the perception of the law and the imprisonment of the empire and the autonomy will create new perspectives of understanding the contemporary context of the problem.

On 20 October 2020, the GULAGECHOES team hosted a seminar with Ksenia Runova and Leonid Zhizhin of the Institute for the Rule of Law (Saint Petersburg). They presented their recent work on prison geography and social contacts between prisoners and their families. Read more about their findings here (in Russian).

In a new article in Riddle, an online journal on Russian affairs, project PI Judith Pallot compares how the current pandemic is unfolding in Russian prisons to past epidemics in recent Russian history. The publication is available in Russian and in English. It is also partly reproduced on the project blog.

END_OF_DOCUMENT_TOKEN_TO_BE_REPLACED

The purpose of the Away Day was for the team to share the results of the fieldwork that they had undertaken during the summer and to discuss the pre-circulated draft articles under preparation for publication.

The reports by the team took place against the backdrop of the corona virus pandemic which has wreaked havoc with the project’s field work schedule.  Access to Russia to continue archival work on the gulag and for interviews in Russia and Georgia which had been planned had had to be cancelled because of travel restrictions and alternatives found.   It was what had been achieved by the alternatives pursued that was the focus of the first session. It was kicked off by a report by the PI on some interviews that had been conducted by a sub-contracted researcher in September in rural Leningrad oblast. The interviews had been taken with people who had served sentences in the late Soviet era and promise to provide intriguing insights into the experiences and treatment of members of a small rural community of hunters and foresters.

The temporary lifting of travel restrictions between Finland and Estonia provided the team with the opportunity of developing research in Estonia: Dr Mikhail Nakonechnyi was able to spend a few weeks in the Estonian State archive in Tartu where he found some rich materials about the establishment of the gulag after WWII right up to the end of the Soviet period.  He gave an outline of his main findings which provoked much questioning and discussion. Then Dr Olga Zeveleva gave a very full account of the interviews she and the PI had conducted with Russian speaking Estonians who had  recently been released from the Viru-Vanga prison in NE Estonia.  Both the archival materials and interviews in Estonia prove to be very important in filling in the gap in our knowledge of the Soviet prison in the last two decades of Soviet rule.

The first session which continued on after a lunch break that gave the team the opportunity  to have a look round Turku, was rounded off by Dr Costanza Curro who remains unable to get into the field on Georgia but has taken responsibility for supervising the field work of an on-shore researcher contracted to do the interviews for the project. She reported on these and was also able to report on work that she has initiated on the Roma as a group of transnational prisoners, outlining her ideas of how this can be taken forward once the travel restrictions are lifted. The second session was kicked off by Dr Larisa Kangaspuro who presented the draft of her article/book chapter of the ethnic dimension of Imperial Russia’s use of exile and katorga.  This took us to the end of the day, and the decision was made to continue the discussion of the draft articles at the following Tuesday  team meeting in the Aleksanteri, when we would also have a zoom discussion with Dr Rustam Urinboyev about his recent field trip to interview former Uzbek national incarcerated who had served sentences in Russian colonies. These duly took place bringing the Away Day and its extension to a successful conclusion. 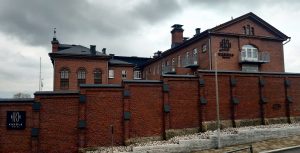 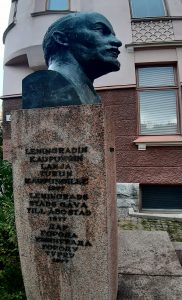