Dr. Costanza Curro, a Postdoctoral research fellow on the Gulag Echoes project, has been analysing criminal subcultures in Georgia’s penal system. In this blog post, Costanza reports on an online workshop she organised on 30 March 2022 as part of the GULAGECHOES project.

END_OF_DOCUMENT_TOKEN_TO_BE_REPLACED

In this new post for the project’s research blog, Dr Mikhail Nakonechnyi reflects on regional archives and mortality statistics.

END_OF_DOCUMENT_TOKEN_TO_BE_REPLACED

Two articles have been published in the media by project PI Judith Pallot and Dr Brendan Humphreys predicting the role the Russian prison system in controlling dissent against the War in Ukraine:

“Marina Ovsyannikova risked jail by opposing Putin on TV. Here’s why we fear for her” The Guardian Newspaper 15th March 2022

In this new blog post we discuss what the future might hold for captured combatants in Ukraine and protesters against the War in Russia.

Shorter versions of this post are published in Riddle and The Guardian newspaper.

END_OF_DOCUMENT_TOKEN_TO_BE_REPLACED

The Gulagechoes team is joined by Dr Elena Katz who is helping with the coding of the interviews taken with prisoners and former prisoners over the past two years in Russia, Estonia, and Georgia.  Elena is a visiting scholar of the Aleksanteri Institute for the rest of 2022. Her profile is at https://researchportal.helsinki.fi/en/persons/elena-katz 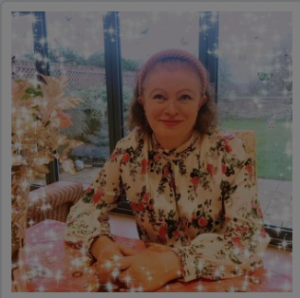 On March 7-8, Dr Costanza Curro and Dr Vakhtang Kekoshvili attended a two-day meeting in Paris concerning the war in Ukraine, which had started just a couple of weeks before. The meeting took place instead of the international conference ‘The Making of the 1990s: The genesis of post-Soviet society through its material culture’, organized by Center for Russian, Caucasian and Eastern European Studies (CERCEC / EHESS – CNRS).
The originally planned event was supposed to host a number of scholars to discuss social and cultural dynamics of the Soviet 1990s through the prism of material culture. Dr Curro and Dr Kekoshvili had prepared a paper for presentation titled ‘People, time and tea: The end of the Soviet Union in the labour colony of Khoni, Georgia’. The paper explored life in the town of Khoni (Western Georgia) and the big correctional colony that it hosted in the late 1980s, through residents’ and former employees’ narratives related to the tea plantation where prisoners worked. Other topics covered by the papers to be presented included value, barter, the materiality of space, art, culture and music.
The beginning of the war in Ukraine urged organizers and participants to consider the appropriateness of holding the conference amidst such events. After a discussion on participants’ opinions and feelings – among whom there were scholars from both Ukraine and Russia – the organizers decided to cancel the conference. Instead, participants who were still able and willing to travel to Paris were invited at a meeting to discuss potential ways to deal with the conflict as academics and experts on the region. The main points of the discussion focused on ways to deal with Russian academic institutions and Russian scholars in connection with the opposition against the war (or the lack thereof), as well as on the future of research in Russia and the former Soviet region.