Below Wesa Perttola from the University of Helsinki’s archaeology department explains what equipment he has been using during the project for video, audio and pictures. In the end there is a full list of the equipment.

The story begins in Autumn of 2015 when we were wondering how to spruce up the corridor of the University of Helsinki’s archaeology department a bit and came up with the idea of a video display. There are always extra monitors floating about so I configured a Raspberry Pie 2 mini computer to repeat video files and a programmable socket timer to automatically turn them both on and off. Now if we only had some videos to display… The problem was that I had never used video editing software before. So last spring I started from scratch and learned the basics of Adobe Premiere Pro (and a little bit of After Effects) by practicing with the help of instructional videos on Youtube. You can see the slow progress on some of the videos on our Instagram here.

The next step was to figure out how to get decent footage. Photography is an integral part of archaeological documentation, so I already had some gear laying around suitable of shooting video as well: Canon EOS 60D digital SLR, GoPro 3 Black action camera and DJI Phantom 4 drone. Also got a Samsung Gear 360 camera a bit before the trip to Inari. Its resolution is not good enough for serious documentation (see examples from Dropbox here and here, you can use a Chrome add-on called Pano View to view it as a sphere), but you can capture fun moments with it like train timelapses or group photos.  Well, what can I say: I like my gadgets. 🙂 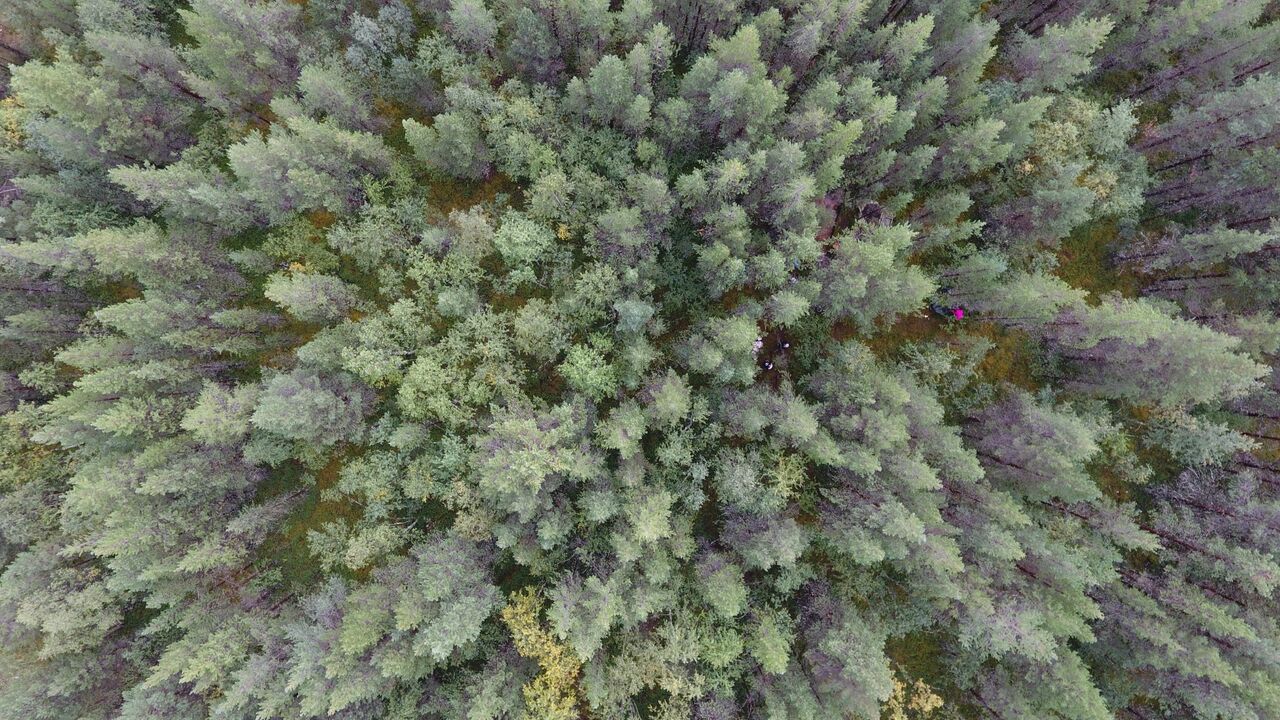 Can you spot the excavation area?

#Inaridig was a challenging place to film. First three days were so rainy that on site we could only use the GoPro with a waterproof case. Sadly, it also means that there is no proper audio for that footage and that there were some minor problems with the lens fogging up. The site is in a quite dense forest and that has its own complications: you can’t do much with a drone and when it’s sunny the shadows of the trees ruin the images. 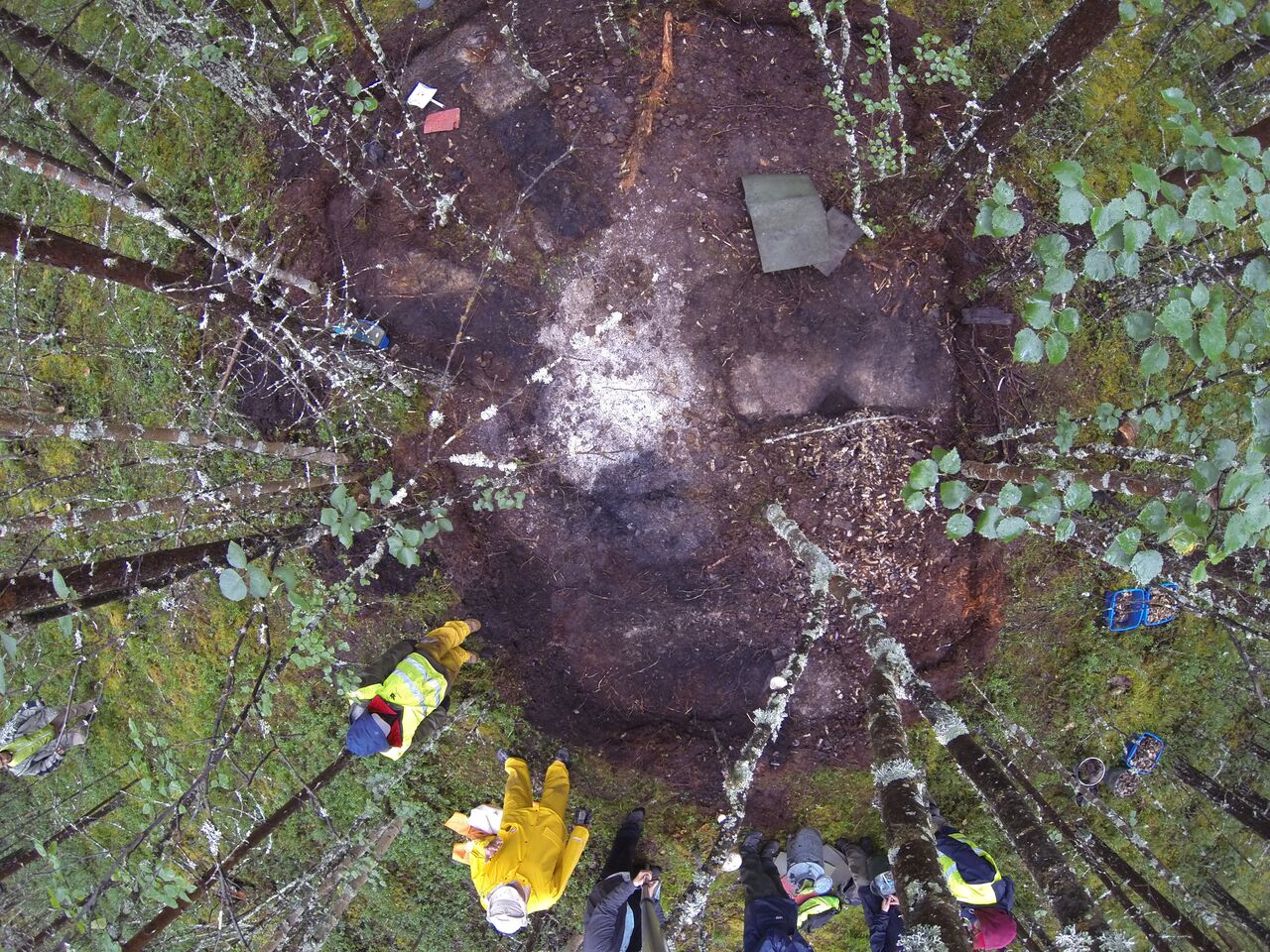 On a rainy day. 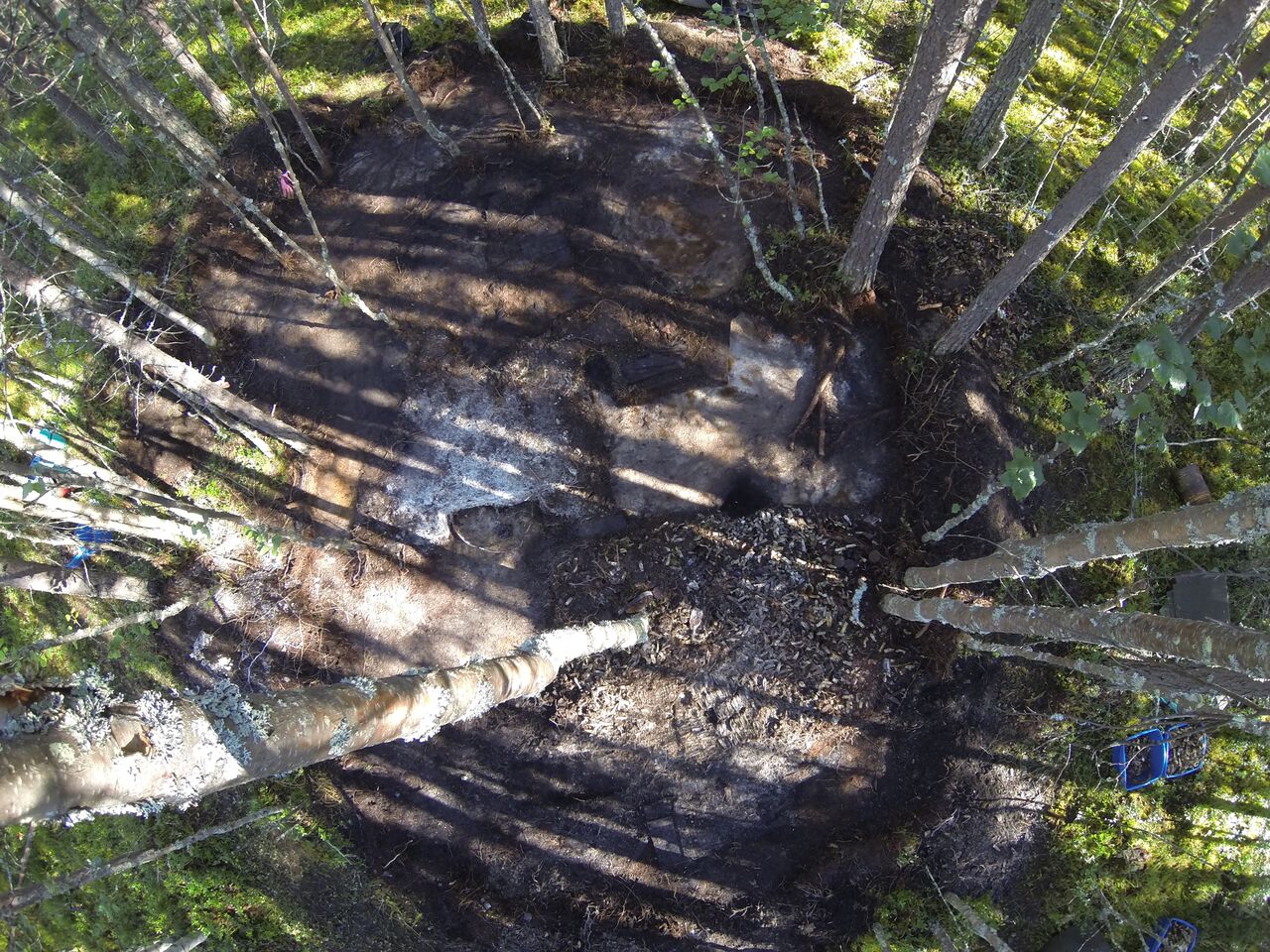 On a sunny day.

The aerial looking images were captured with the GoPro dangling on the top of a 7-meter telescopic pole with a handle bar mount. The camera is controlled on a phone through Wi-Fi and the phone attached to the pole with Quad Lock Bike Mount so I can keep my both hands on the pole. You can see the pole and my feet in some of the shots where I had tilted the camera a bit too much. I came up with the setup while looking for a cheap and light method to take top down images of excavation areas. It not perfect though: the wide lens of the GoPro causes lots of barrel distortion and it is hard to say when the camera is level. If someone has a good idea how to implement a wireless tilt sensor to the back of the GoPro, please contact me!

The previous Lapland’s Dark Heritage Youtube video with Dr Iain Banks was shot with the Canon 60D. I used a tripod with a Manfrotto 502AH fluid video head for that smooth motion and a RØDE VideoMic Pro on top of the camera for the sound. At one point of the video you can hear the audio quality drop: I got a bit too eager and turned the camera (and the mic) a bit too far. Maybe a lavalier mic or the shotgun mic on a boom would have been a better choice. The edit was easy because Iain did a brilliant job off the cuff on the first go: there are no edits on the soundtrack and I just spliced the images in. You can see he has been on a TV show. All the music I use is from Free Music Archive. Searching for music fitting the scene is actually one of my favorite parts of making a video: it can take ages to find the perfect song, but there are real gems hidden there.

I have still lot to learn about filming and editing: if you look closely you might see that basic stuff like focus, exposure and white balance could use some tweaking. I also need to look into color grading. Next gadgets are already on their way: a DJI Osmo Mobile for smooth shots and a Samsung Galaxy Note 7 for 4k video. So be ready for some burning hot (sic!) videos in the future! Also would not mind having a proper 4k video camera at some point…