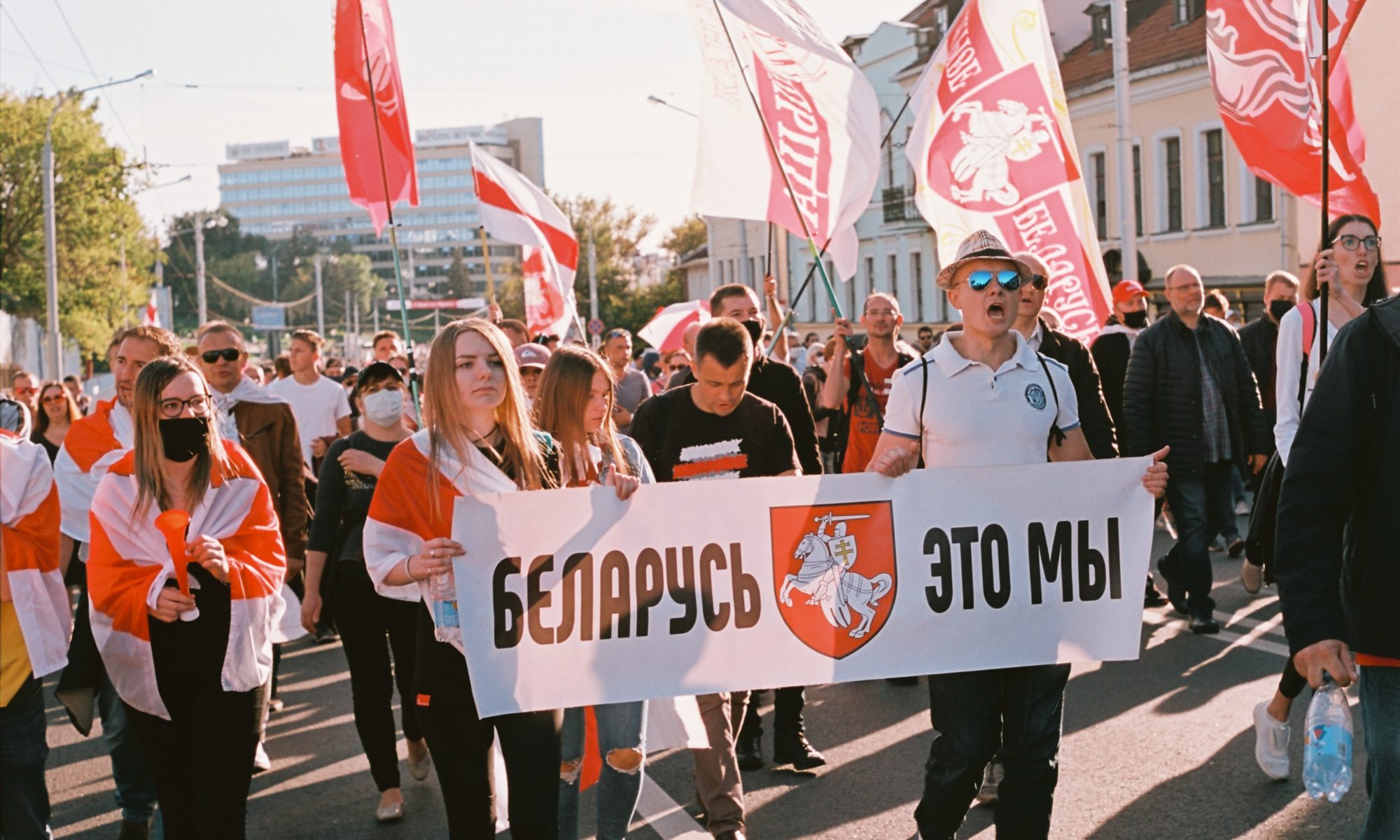 Against the backdrop of the Russian invasion of Ukraine and following a large-scale protest movement following falsified elections in August 2020, Belarusian Dictator Alyaksandr Lukashenka pushed through the country’s fourth constitutional referendum, consolidating his power and extending his rule. This may sound familiar — Russia pushed through its own constitutional referendum in 2020, while, more recently, Kazakhstan’s Toqaev has suggested changing a third of the Kazakh constitution. This post will explore the Belarusian referendum and its implications, and was written by Amelie Tolvin, a research trainee at the ElMaRB project.

Belarusian opposition groups, unable to campaign against the referendum, declared the election campaign as neither free nor fair and called for a protest vote (marking both ‘yes’ and ‘no’ on the ballot). However, due to a complete lack of privacy when voting (polling booths were left without curtains), these attempts were cracked down on by the police, who were stationed at every polling station, arresting some who chose this form of protest.

Lukashenka, who has ruled over Belarus since 1994, has previously amended the Belarusian constitution three times – in 1995, 1996 and 2004. According to the authorities, this referendum vote succeeded with 65% of the vote (and a turnout of 79%) – a modest result considering the results of previous falsified elections in the country.

Amidst claims that the results were falsified, a result of 65.16% in favour of the constitutional amendments is of particular interest. Previous results, particularly concerning Presidential powers, have historically hovered safely around the 75% mark. Perhaps, in light of the popular movement following the 2020 elections (many protesters carried signs with the slogan “Sasha – 3%,” a reference to Lukashenka’s alleged real support numbers), the regime finally understood that they could no longer pretend that it enjoys widespread, popular support. The alternative, then, is to falsify results in a more or less “believable” way.

These recent amendments reintroduce term limits for the Presidency moving forward – effectively allowing Lukashenka to stay in power until 2035, ten years after the expiration of his current term. It’s worth remembering that following the protests in 2020, Lukashenka stated that he would leave his post after the adoption of a new constitution – as unlikely a scenario now as it was then. Other changes were more low-key, but no less insidious. Article 5, which previously declared that political parties would participate in elections, was amended to remove this mention. Article 32 was amended to define marriage as a union between a man and a woman – following in the footsteps of the Russian referendum.

The amendments also further sideline the opposition, protecting the Lukashenka regime from further challenges to his rule. In particular, Article 80 has been amended to prohibit anyone who has temporarily left the country in the last 20 years from being eligible for the Presidency – a direct blow to Sviatlana Tsikhanouskaya, the Belarusian opposition leader (and according to independent polling, the winner of the August 2020 election) living in exile, as well as other prominent opposition activists who have also been forced out of the country. Meanwhile, Article 64 takes away the right to vote for those who have previously been arrested. As of May 4, 2022, Belarusian human rights organisations have recognized 1,165 political prisoners in Belarus – a number which is steadily climbing day by day – while the number of those who have been detained for taking part in Anti-Lukashenka protests number in the tens of thousands.

Of course, it is impossible to ignore how the changed constitution will affect neighbouring countries and its foreign relations, particularly in light of the Russian use of Belarusian territory to stage attacks against Ukraine. Article 18 of the constitution states that Belarusian foreign policy follows the principles of equality, the rejection of the threat of force, and peaceful settlement of disputes. It is worth remembering that Minsk was the location of the first international agreements seeking to end the war in the Donbas; however, with Belarusian involvement in Russia’s invasion of Ukraine, its position as a mediator has been unquestionably compromised. The amended Article features one addition: Belarus excludes military aggression from its territory against other states. In light of Belarus’ involvement in Russia’s invasion of Ukraine, this statement is particularly dubious.