This time i decided to ramble something about one of my favorite music albums. What could be better than British band for this situation! This will be also some kind of “review” or something like that.

So, the album i’m going to review today is called “Harmony No Harmony” by band called Million Dead.

Background information about the band:

Million Dead was founded in mid-2001 in London by guitarist Cameron Dean and  bassist Julia Ruzicka. Soon they were joined by drummer Ben Dawson and singer Frank Turner (who has awesome solo career nowadays!). With this line-up band recorded their first album called “A Song to Ruin” in 2003. Soon after the album release guitarist Cameron Dean quit the band and was replaced by guitarist Tom Fowler. This line-up recorded and released bands second and last album “Harmony No Harmony”. After  the summer of 2005 band broke up due personal reasons and played their last gig 23.9.2005.

Bands musical genre is described in Wikipedia as post-hardcore, hardcore punk and alternative rock. I would say that’s pretty close if you want label it someway.

Album contains 14 songs and all of them are someway unique. Some songs, for example opening song “Bread and Circuses” , are more aggressive and more hardcore style punk and some of the songs are slow or mid-tempo alternative rock. Most songs consist of cleaner parts which evolve later to more hardcore style playing but still keeping it slower and more emotional. Frank Turners vocal are very versatile as they vary from soft and clean singing to hardcore style screaming.

Overall sound of the album is surprisingly big, not very polished and sometimes almost lo-fi. Production quality brings songs to life in different way than really clean production. Album title song “Harmony No Harmony” is most diverse song on the album since it’s acoustic song with very lo-fi production (sounds like it’s recorded in someones home with bad equipment).

Vocalist Frank Turner stated in documentary “The Way I Tend To Be” that “lyrically Million Dead was very over the top”. He explained that it was basically him trying to prove how clever he was and how he reads more books than you. This can be seen clearly as track list of this album bustles with references to popular culture and culture. For example:

“Bread and Circuses” is derived from ancient Rome where bread and circuses was said to be needed to keep people satisfied.

Some persons that are referenced or mentioned in lyrics are: Klemens Wenzel von Metternich, British philosopher Jeremy Bentham’s idea of a panopticon, Italian politician Giuseppe Mazzini and the Jimmy Webb song Wichita Lineman, roman senator Cato (his phrase “Carthago est Delenda”), Margot Kidder and T.S Eliot. That wasn’t even all and i would say that for a music album that’s quite good reference list. Maybe this is some kind of academic music!

Song I pick above the others: After the Rush Hour 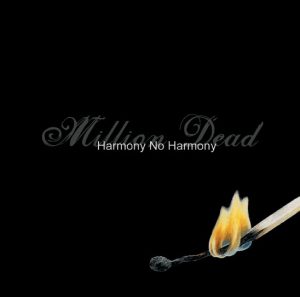