Last Friday (22.2.2018) we finally decided to do something together with my friend Saku. I’ve been drowning into school work but now we finally had time to do something because we spontaneously bought tickets to DJ Kridlokk’s album release gig. So decided to enjoy few beers before the gig and use that time to speak English! I went to Saku’s place few hours before gig and we talked same things as usual: music, school, friends etc. but this time in English. Conversation went on nicely (Maybe two beers made the trick? Who knows) and we spent about two hours speaking in English before we left to Korjaamo in Töölö where the gig was held. We also decided with Saku that we’ll do something more together as this period ends and school work reduces drastically.

We both were quite excited about the gig since we both liked the album. SITOI and Tuuttimörkö were warming up the audience before DJ Kridlokk. We missed SITOI but Tuuttimörkö’s set was awesome because he’s one my favorite Finnish rappers. I didn’t even remember how fast and accurate his flow is!

DJ Kridlokk started his set about in time and his set consisted of the new album and one older song. Album was perfect and so was the gig! No featuring artists, just DJ Kridlokk rapping and Tuuttimörkö behind decks doing DJ stuff and taking care of the beats (although Paperi T made short appearance on stage after song “Oon Paperi T”).

DJ Kridlokk is one of the most appreciated rappers and producers in Finnish “underground” rap scene and I would say DJ Kridlokk’s album Silius is going to be one of the best releases this year! Maybe i’ll write one post later about all the good albums released this year.

Info about the album:

Song I pick above the others: Mönjä 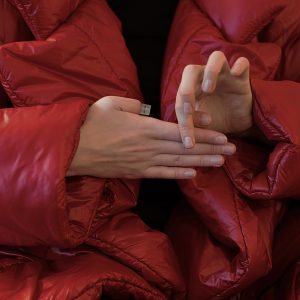