Few days ago (19.2) I was surprised to see familiar band name in several news medias. Finnish guitarist and primary songwriter of band called Sentenced passed away 10 years ago. Tenkula was main force behind successful Finnish metal band Sentenced in 90’s and early 00’s. Sentenced was one of the most successful Finnish metal acts in early 00’s and enjoyed popularity abroad and in Finland. I personally thought that nobody in big medias wouldn’t even remember that Sentenced existed but i was excited to notice that it wasn’t forgotten. That gave me inspiration to listen through one of my all time favorite albums by Sentenced: The Cold White Light.

I hadn’t listened it for a while but it sounded just like i remembered. Some things luckily never change.

I would describe Sentenced as HIM which is bastardized into something more heavy and less emotional. The Cold White Light was released in 2002 and was second last album before band broke up in 2005. Album is heavy, but not too heavy. Songs are melodic, energetic and lyrically dark accompanied with Ville Laihiala’s low vocals. Sentenced used in their lyrics lots of dark humor and themes were often death, love, depression and suicide. Sounds dark and evil, huh? If one thinks that early 00’s Sentenced was dark and evil, I recommend to go and listen their first and second album as they are really heavy in unique Finnish old school death metal style!

I really don’t know what to say about this album… difficult to describe album that I have already listened so many times. It’s definitely one of my favorite albums!

(this is difficult task so i pick two!)

Songs I pick above the others: The Luxury of A Grave / Blood & Tears 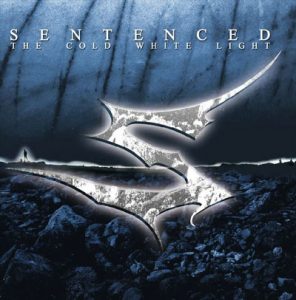