Let me introduce you to my new favorite entertainment: Kenny vs. Spenny. I realized that I’ve been binge watching this series lately so much that i could spend this one post for it. 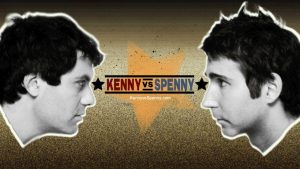 Kenny vs. Spenny is a Canadian TV show where two friends Kenny Hotz and Spencer Rice compete each other in different competitions. Show primarily concentrates more on how competitors are trying to win than who actually wins. Every competition lasts for three days and winner gets glory and losers faces humiliation.

Spenny usually follows the rules very strictly while Kenny often cheats or bends the rules as he wants. Kenny often insults Spenny and his family and uses reverse psychology to cause Spenny to sabotage his own game as he gets too paranoid. Insults and Kenny’s working around the rules often causes clashes between the two and Spenny’s behavior often becomes violent. In addition to working around rules and insults, Kenny often pranks Spenny in various ways, for example giving him LSD secretly or sending him a forged letter from Ministry of health which informs him having HIV. In one episode Kenny just urinated on Spenny suddenly just to intimidate him. Kenny usually seeks help from herbalist Dr. Goldfield or his family and friends and often threatens production team to help him and conspire against Spenny. Winner gets to assign humiliation for the losers which is usually embarrassing task that losers must perform.

Examples about the competitions:

Series consist of six seasons and 85 episodes (one episode about 22 min) and were aired on TV 2003-2010. Every episode can also be found in YouTube. (I realised that I’ve watched about 50 episodes which makes total watching time 18 hours :D) 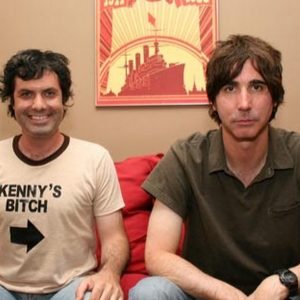