By Ann Phoenix and Marja Peltola

One of the dreams of a stay at the Collegium is of time to focus intensively on one’s own work, bringing long-dormant writing to publication and having space to do exciting new research and think fresh, fruitful thoughts fueled by discussions with outstanding fellows and other university colleagues. This is certainly to be prized but, for us, our sojourn also enabled a different version of collective working that would not have been possible without the Collegium investment of space, money and time that has been enormously productive and hugely enjoyable. Our experience underlines the point that collaboration is an important method that, in itself, informs the methods of fieldwork and analysis. We tell the story of those methods below.

In many continents, the media, politicians and organisations periodically raise moral panics about boys and masculinities. In particular, concern focuses on boys’ poor educational attainment in relation to girls, their disengagement from schoolwork and their propensity for violence.  While many researchers have explained that the picture is more complex than a ‘poor boys’ discourse would warrant, there remains relatively little research on boys and masculinities in Finland. We brought together histories of doing youth research and of studying masculinities in 11-14-year-old boys. 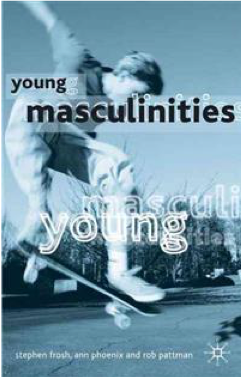 We focused on masculinities and ethnicities in three Helsinki schools; this intersection was especially interesting since the ‘migrant crisis’ of 2015 had accelerated a shift in Finnish national identity so that multiculturalism, at least in Helsinki, became more prominent than previously. The three schools we selected differed, amongst other things, with regard to the pupils’ ethnic and class backgrounds.

We first asked boys and girls who brought back signed consent forms to take part in group interviews and then invited them to be interviewed individually. The group interviews allowed us to learn about the breadth of issues and opinions on masculinities that were important for boys, girls and particular schools before we explored these issues in depth with individual boys and girls. We asked about the meanings of gender, (masculinity and femininity), about life in school and at home, and general everyday practices for young people. 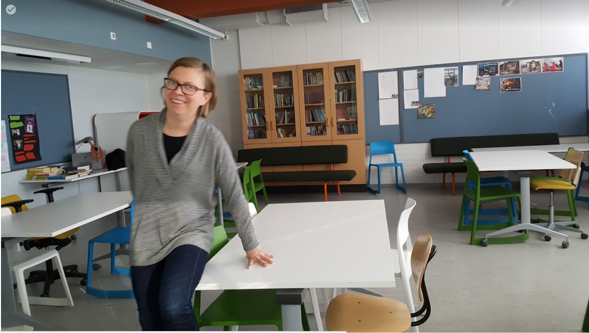 Collaboration was crucial throughout this process. Working as a British-Finnish team enabled us to take a more “international” perspective on the Finnish context while also benefitting from “insider” linguistic skills and knowledge of the Finnish schooling system and society. Since Ann does not speak Finnish, it was Marja, for whom Finnish is her first language, who communicated with the schools and conducted the interviews. Marja wrote fieldnotes of each school visit and each interview and we began a practice of discussing the minutiae of school visits and any issues or interesting points that had arisen as soon as possible afterwards.

The Collegium enabled both fairly fast transcriptions of interviews and translations into English, done by the Collegium paid interns Linda Sivander, Anna Koivukoski and Olli Heiniö.

The interviews were very different in nature. In a group interview with four boys, for example, jokes were a key way to cope with the potential risks of losing face and place in the hierarchy of popularity; whereas in a mixed-gender interview of two girls and two boys, everybody took care to avoid absolute categorizations and to present uncontroversial views. Gender organized physical positioning and interactions in both groups, but in different ways. In the former group, the boys used joking to signal their distance from girls in general and the woman interviewer in particular, and to try to establish power relations over her. In the latter group, the boys and the girls sat separately and indicated difference from each other by organizing the interaction in “the girls’ turns” and “the boys’ turns”.

Another group interview with five boys illuminates well how narratives on gender difference were created collectively. There was a lot of echoing and in the fast-paced discussion, the boys often finished, or tried to finish, each other’s sentences, when creating the story that was presumed to be shared by all the boys present. This meant that they often cut each other off. At the same time, there was (some) room for negotiating acceptable, but exceptional, differences.

Luka: Boys do not use any–

Luka: Do not use any, face lotion things.

Mikael: I do sometimes apply some lotion [laughs] if it is dry but otherwise I do not.

Luka: No but the kinda masks you know–

Marja: You said about the makeup that sometimes boys do makeup-

Marja: Is it well is it then girly anyway, or?

Mikael: Well depends on how you do it, slightly.

Bikram: Yea they do use makeup.

Mikael: They do put it on so that they are more visible [laughs] in the photos and so on.

Marja: So nobody here in the school?

Bikram: I do not know anyone.

We conducted joint narrative analysis of the English translations of the focus groups with Marja checking translations against the Finnish transcriptions, sometimes against the audio recording and with her memory of the interaction. We began the analysis of the first focus group interview by reading the whole interview together out loud and so staging it.  We first did the reading line by line, covering up the lines below so that we could not see them and read on. We spent a great deal of time analysing the meaning of each line and using the analysis of one line to anticipate what we expected to happen next in the transcript.

This method was developed from Marine Burgos’s notion, drawing on Paul Ricoeur’s narratology, that narrators have the difficult task of bringing together disparate events into an ordered and relatively coherent narrative so that there is always a struggle when people have to start telling stories. Even if they are not aware of it, Burgos argues that conflicts are often evident at the start of stories, as are the key issues that animate people’s narratives and the subjective positions that narrators take up in relation to their subject matter.  While line-by-line reading was too time-consuming a method to apply to the whole corpus of data, we continued reading the interviews out loud, staging them and discussing our interpretations to ensure that we shared understandings. We analysed both the researcher’s questions and the participants’ responses and comments in this way, on the basis that social interactions are co-constructions where comments and questions produce particular possibilities for response and new narratives.

All this sounds rather dry and earnest, but we were often to be found in the Collegium Common Room laughing and drinking tea/coffee around the sun lamp in the winter as we puzzled out what something meant and considered the dynamics of interviews. Having established the habit of Common Room convivial working, we frequently also worked there in the summer when the sun lamp had long been put away. 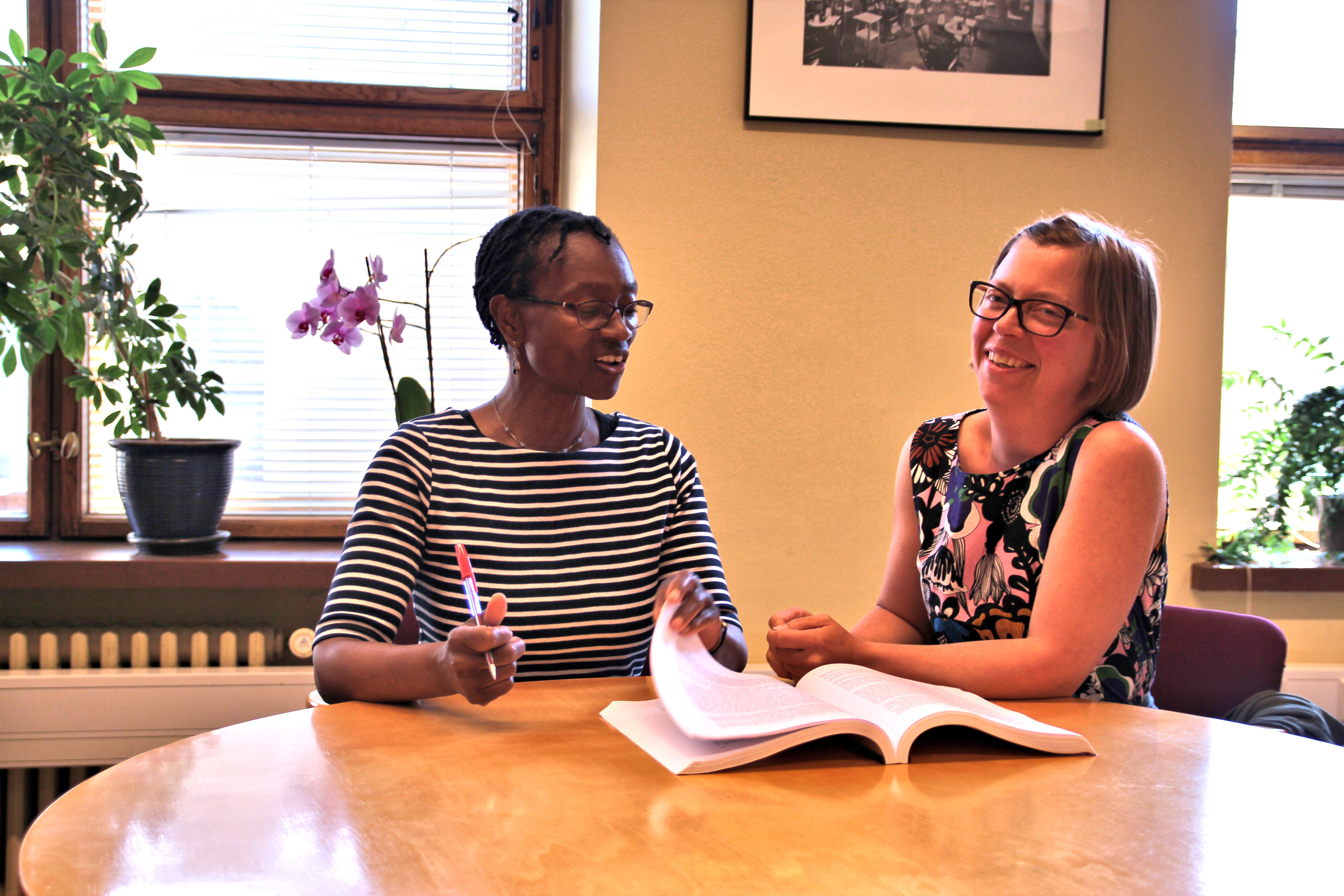 Our point in combining focus groups and individual interviews lies not in comparing the “authenticity” of the different types of data but in increasing understanding of how social context and ways of asking influence narratives of masculinity. Collaboration throughout the process has provided us with a more nuanced understanding and interpretations that each of us might have missed alone. It ensured that our stay at the Collegium was maximally productive.

Ann Phoenix held the Jane and Aatos Erkko Professorship at HCAS in 2016-2018. During the 2017-2018 academic year, she collaborated with postdoctoral researcher Marja Peltola on the research project “Masculinities in New Times: 11-14-year-olds in Helsinki schools”.