“The collegium has a great reputation and a great location. One of the attractive aspects of the Helsinki Collegium for Advanced Studies is that it has a broad spectrum of scholars in various states of their careers. I like that, I like to have that breadth.” Professor Peter Holquist reflects on the last six months he has spent at the Helsinki Collegium for Advanced Studies (HCAS). 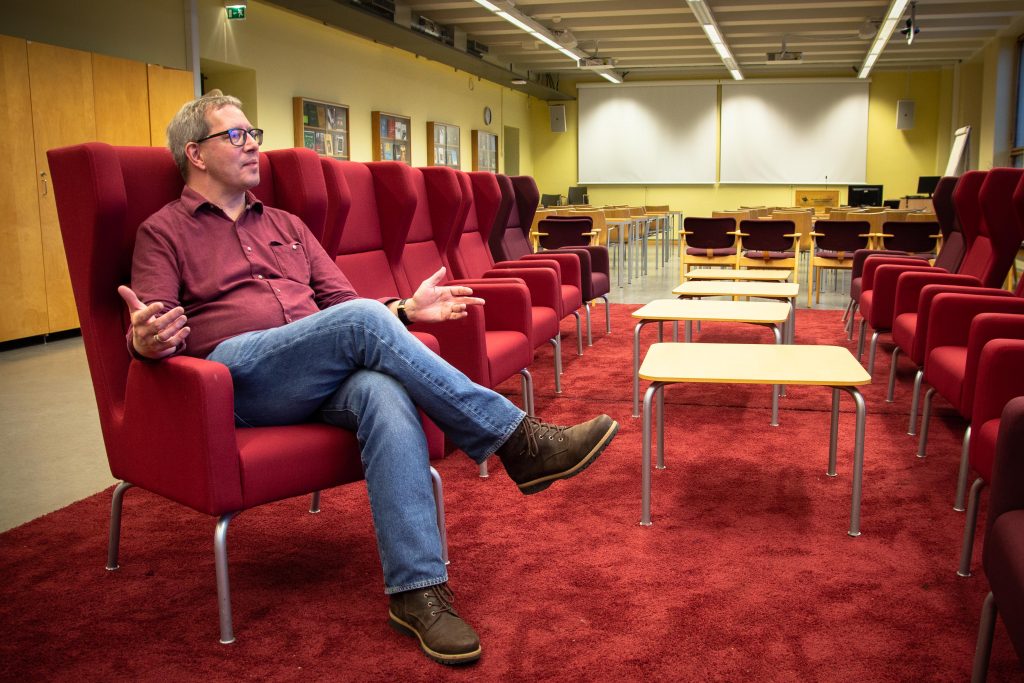 HCAS has had the privilege of hosting Holquist from the University of Pennsylvania as a Core Fellow since last fall. In Helsinki he has been able to focus on his research concerning the role of Imperial Russia in the codification and practice of international law of war. His time in Helsinki has now come to an end and his next stop is the American Academy in Berlin.

Helsinki – a rich site for research on Russia and law

Holquist decided to come to Helsinki and the HCAS for many reasons. First of all, he had already visited the city several times, the first time already in 1983 for orientation prior to study in the Soviet Union. Secondly, the University of Helsinki has several research areas of his interest, where especially Russian studies and law are well represented by two of the university institutes: the Aleksanteri Institute is an important center concentrating on Russian, Eastern European, and Eurasian studies, whereas law is well represented by the Erik Castrén Institute for International Law and Human Rights.

The Slavonic library of the Finnish National Library (formerly the University library), located right next to HCAS, was also important for Holquist’s decision to come to HCAS. Why Helsinki currently has a world-famous Slavonic library can be traced back to the period of Russian rule in Finland. When the University library was first moved to Helsinki in the 19th century, the Russian government designated the library to be a deposit library to store everything that was published in the empire. This is why the Finnish National Library now has such a stupendously rich collection of published materials, especially of the period that is the key point of interest for Holquist, the last third of the 19th century and the early decades of the 20th century. The Slavonic Library has been very convenient to access and use, and the staff has been remarkably helpful in looking for material also from other Finnish institutions.

“The library has wonderful working conditions and an amazingly rich archive. I was able to order several different editions of the international law text books of the scholars that I’m studying. It’s wonderful having the entire run of the shelfs on many of the key Russian journals,” as Holquist describes his experience, when working at the Finnish National Library.

For Holquist, one of the great aspects about staying in Helsinki has been the chance to get to know a different cultural environment better. He has greatly enjoyed the openness of Finnish society, for instance the great availability of free public spaces, such as libraries. He has, for example, been able to use the resources of the Finnish National Library, the Library of Parliament and The National Defence University library. Also, Holquist’s wife was able to join him for his stay in Helsinki and, as an independent writer, she has greatly enjoyed the entirely open access to the libraries of Helsinki.

“There was a certain book I couldn’t find that wasn’t part of any of the Finnish university systems, but it was available in one place in Finland, the Library of Parliament, and that library is a public space as so many things in Finland are. They had no trouble giving me, a foreign researcher, a reading card.  And to my great surprise, I learned that it’s also a lending library! Most parliamentary libraries that I know of are on site libraries. So, I was able to work on this very fundamental book in my office alongside all of my other materials,” describes Holquist.

Wonderful Time at HCAS and Tips for Future Fellows

For Holquist, a collegial working environment and the freedom to focus on one’s research is valuable. What makes HCAS special from many other institutions of a similar nature is the fact that HCAS entails the entire career spectrum of scholars: early career and senior researchers work side by side. Time at the collegium has allowed him to concentrate on conducting research without having to spend time on administrative or teaching duties. The fact that HCAS is located at the very center of Helsinki, right next to the other essential institutions, has made it a very convenient place for him to work and do research. The possibility to present his own research, to interact with other scholars at the formal Tuesday seminars—as well as gathering at the informal get-togethers on Tuesday evenings—and the winter weather have been a few of the highlights of his stay at HCAS. During his stay, he also serendipitously discovered other scholars working on topics closely linked to his own study, both at HCAS and also at such unexpected places as the sauna in Töölö Towers. 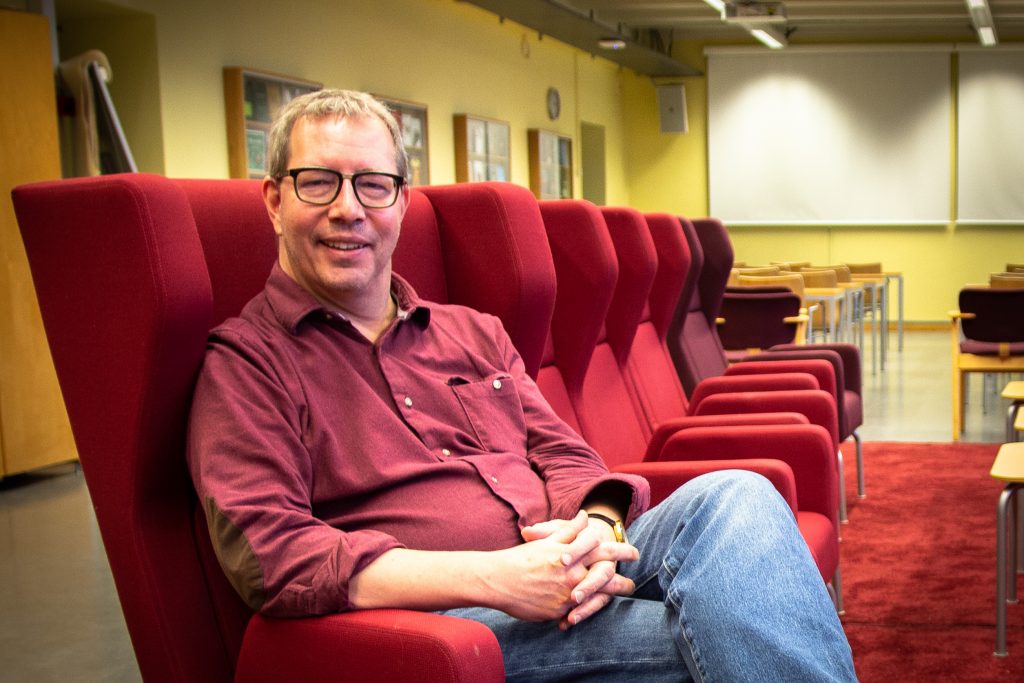 Holquist is now looking forward to incorporating into his academic writings the material that he collected during his time in Helsinki. He is also preparing his new book under the name ‘By Right of War’: The Discipline and Practice of International Law in Imperial Russia, 1868–1917.

As a tip for future fellows of the collegium Holquist states: “Reach out to people! For instance, in terms of research, I didn’t simply rely on what was available in the online catalogue, I went and asked for help from the researchers. The collegium is a wonderful place, but you also need to think whether there are communities outside of the collegium that you can benefit from.”