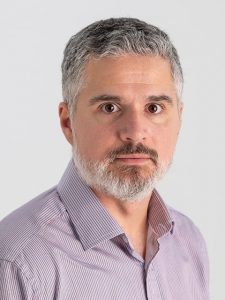 Cristian Tileagă is Reader in Social Psychology in the School of Social Sciences and Humanities at Loughborough University. He is a leading critical psychologist in the fields of social and political psychology. He is the author of an extensive number of publications and books on discursive psychology, prejudice & discrimination, and interdisciplinarity, including Psychology & History: Interdisciplinary Explorations (2014, Cambridge University Press, with Jovan Byford), Discursive Psychology: Classic and Contemporary Issues (2015, Routledge, with Elizabeth Stokoe), and The Nature of Prejudice: Society, Discrimination and Moral Exclusion (2016, Routledge). His work on critical psychological perspectives in political psychology has appeared in Political Psychology: Critical Perspectives (2013, Cambridge University Press) whereas his work on collective memory and transitional justice has been expounded in Representing Communism after the Fall: Discourse, Memory and Historical Redress (2018, Palgrave Macmillan). He is also lead editor of the Routledge Handbook of Prejudice, Stereotyping, and Discrimination (in press, Routledge, with Martha Augoustinos and Kevin Durrheim), and co-author of The Discursive Psychology of Political Communication (2020, Palgrave Macmillan, with Mirko Demasi and Shani Burke).

Dr Tileagă will also give a PhD seminar the day before the conference.