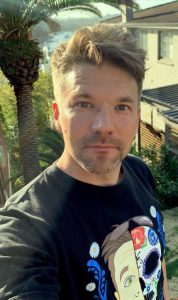 Eero Heinonen has a long career in music industry as bass player of The Rasmus. The Rasmus is one of Finland’s most known music acts globally. The music career has been awarded with MTV Europe Music award, multiple Emma-awards and German Echo-award.

Since 2010 Eero has been working in film industry with specialisation in documentary, and Sydney Film Festival 2020 “Best Australian Documentary” was awarded for Descent, which Heinonen co-produced. Eero is based in Newcastle, NSW – Finn living in Australia.