In their latest report, the IPCC acknowledges the importance of local governments in conducting climate change (CC) adaptation measures. However, the role of local governments has not been widely discussed in the CC policy literature. In this paper, we attempt to bridge this gap by utilizing the unique interview data from 14 Russian localities, the results of which revealed three key findings. First, the federal government of Russia recognizes the problem of CC, but due to budget constraints local authorities cannot implement adaptation actions in their regional planning. Second, only 2 of the 14 surveyed regions have a CC adaptation plan, while a few others incorporate some adaptation measures in their socio-economic development plans. Third, regions with notable agricultural, forestry and fishing sectors have experienced a more significant impact from CC on their economies, and most of the interviewed regional authorities perceived these effects as negative. 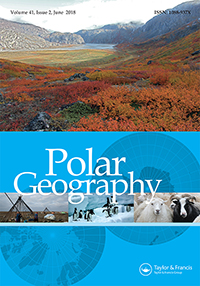