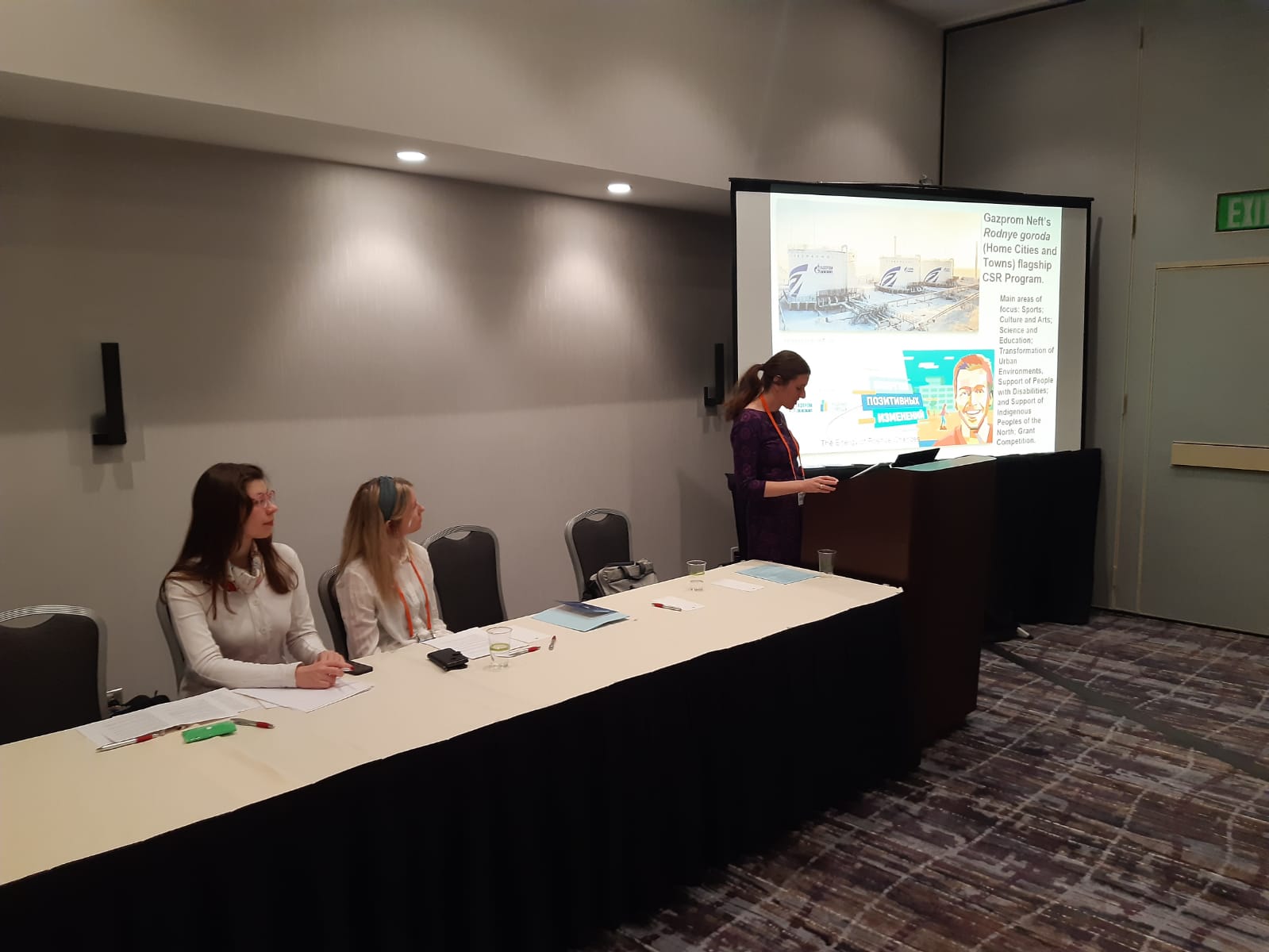 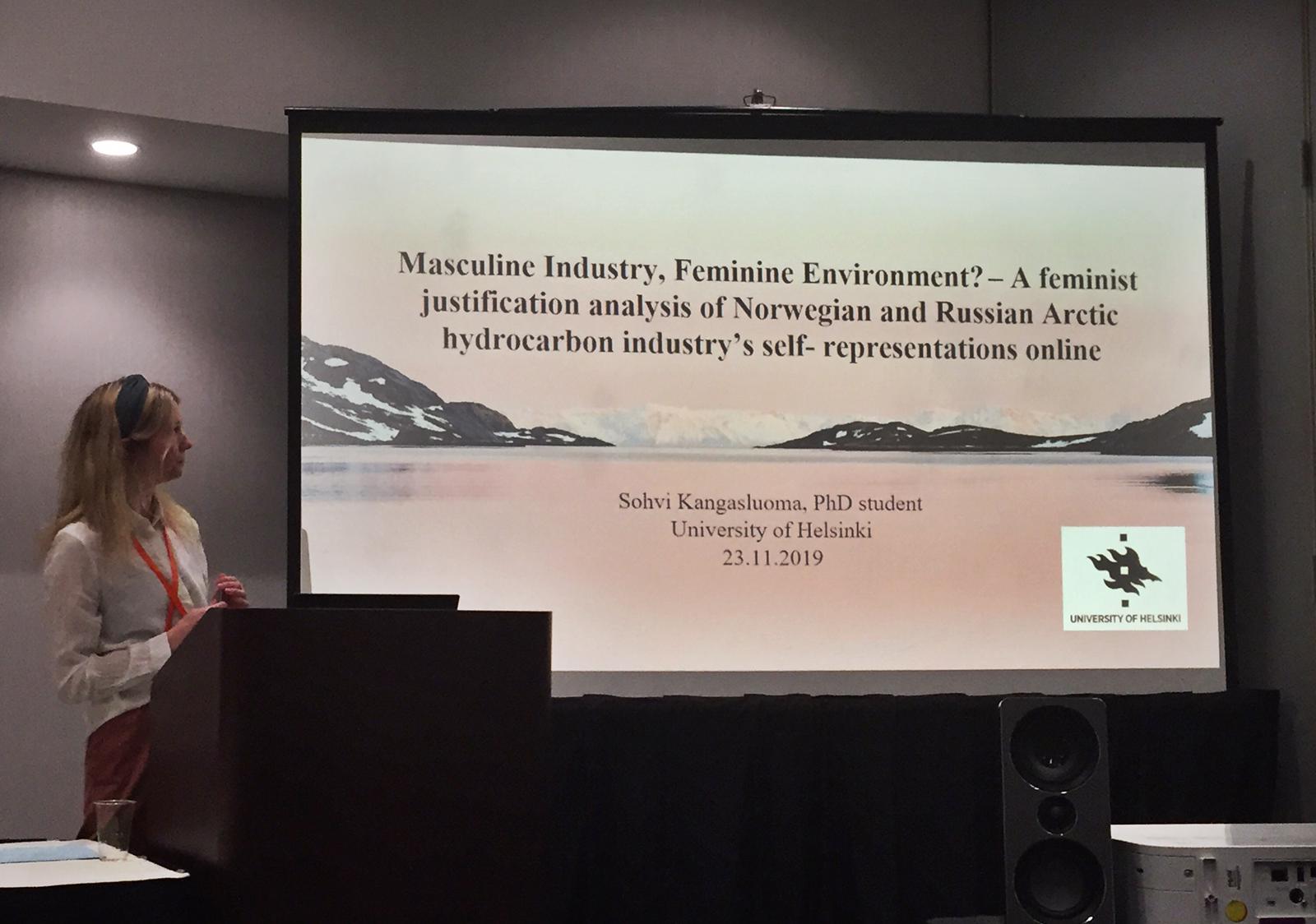 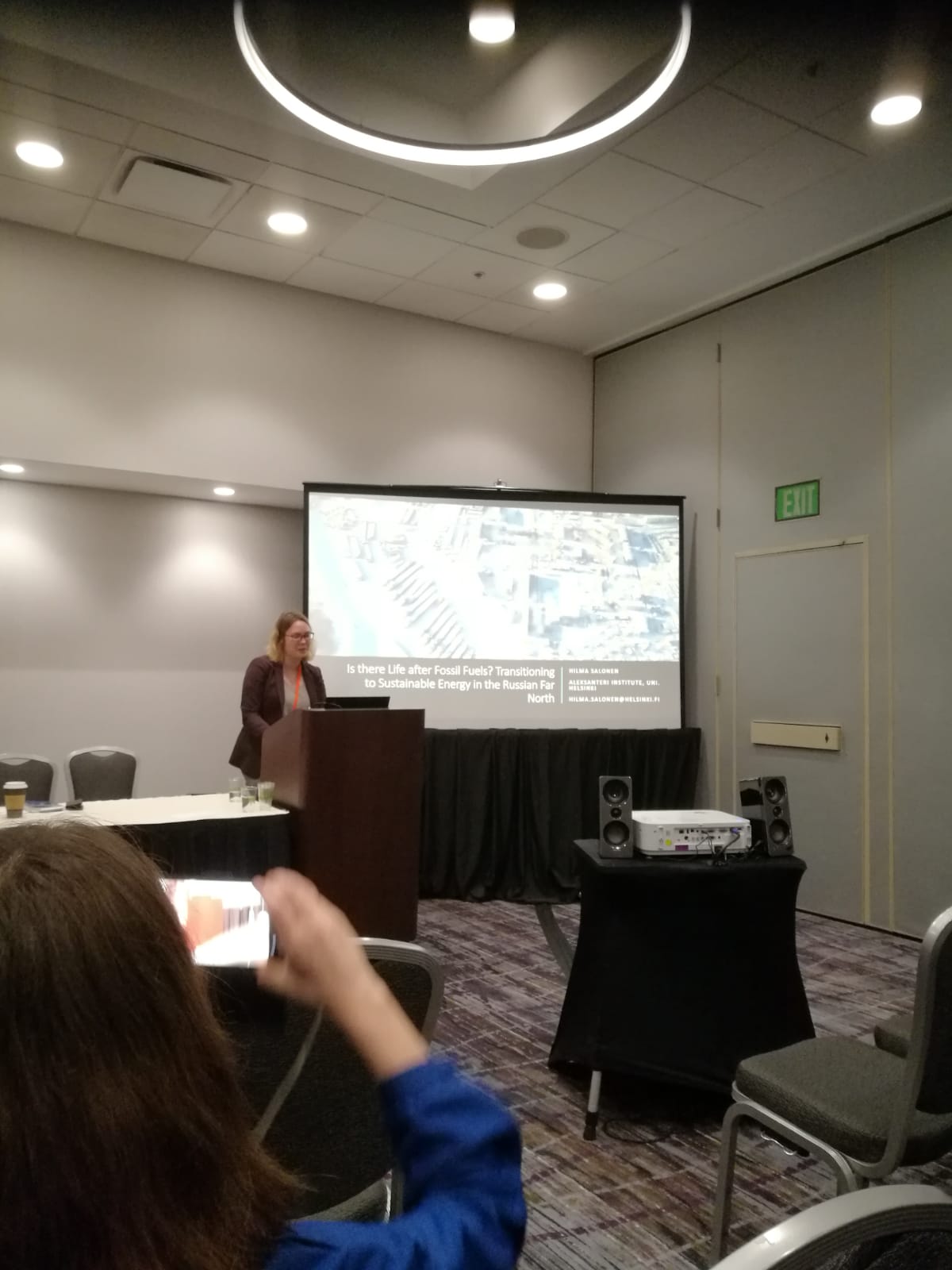 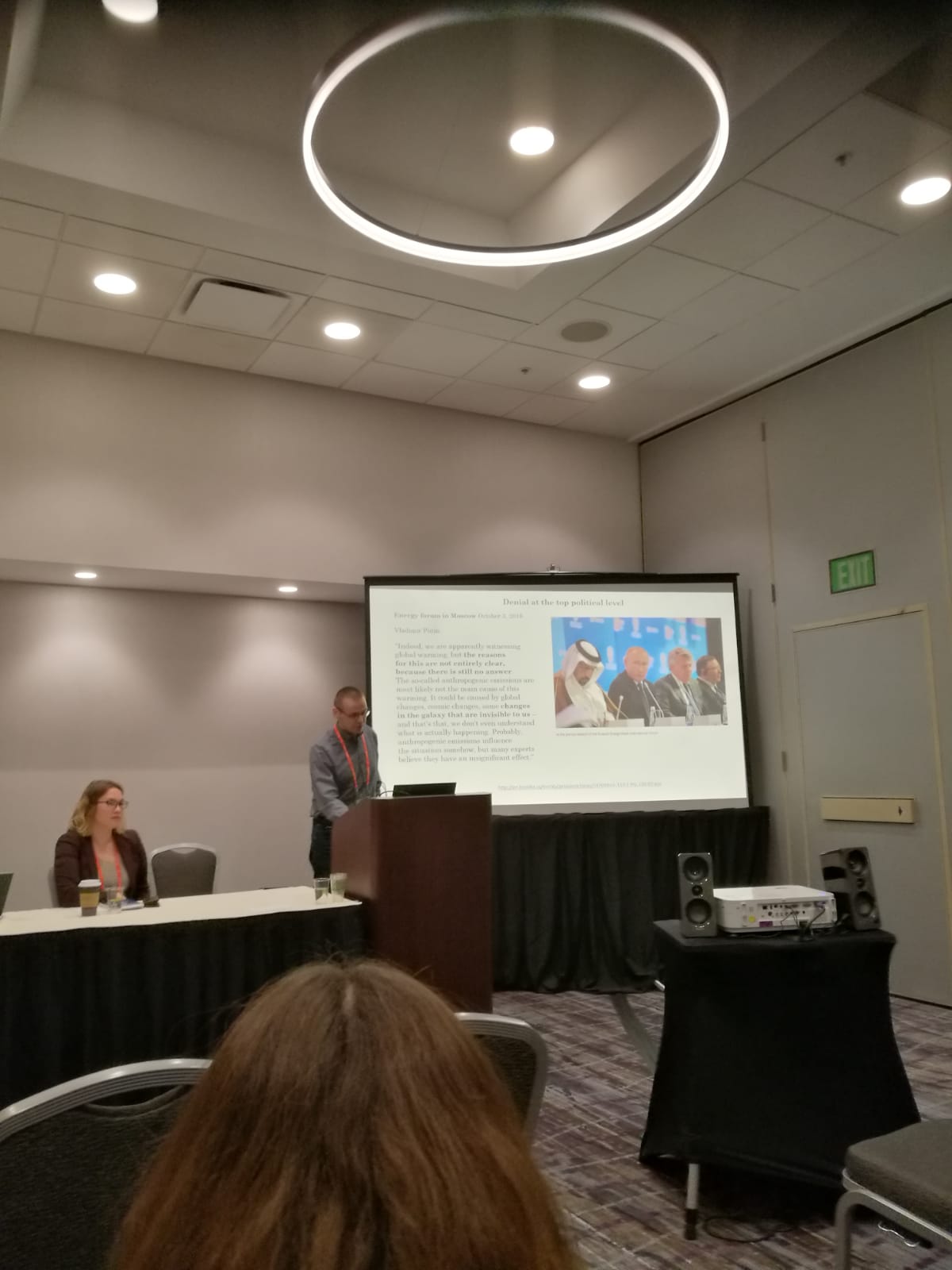 On 6th-9th of December ASEEES 50th Annual Convention is taking place in Boston, United States.
From our team, Stephanie Hitztaler is taking part in the conference. She is a participant at the roundtable “Doing Research in Post-Soviet Spaces: Reports on Recent Fieldwork” today, on Friday, 7th of December.

Coming up with research questions is only one part of our work as academics; the ways in which we answer them is another major aspect. This roundtable panel will discuss strategies for adapting to the varied landscapes—political, social, and cultural—of doing research in the former Soviet Union, touching on working with local academic communities, technological limits and capabilities, and specific challenges at research sites. Panelists from history, sociology, geography, anthropology, and interdisciplinary fields will discuss the ever-evolving constellation of research methods and methodologies, including the value and mechanics of doing mixed-methods approaches, the impact of the rising emphasis on interdisciplinarity, and the role and importance of recognizing researcher subjectivity, in their recent fieldwork in Ukraine, Russia, and Central Asia.

Stephanie will also chair the panel “The Soviet Anthropocene” on Sunday, December 9th. 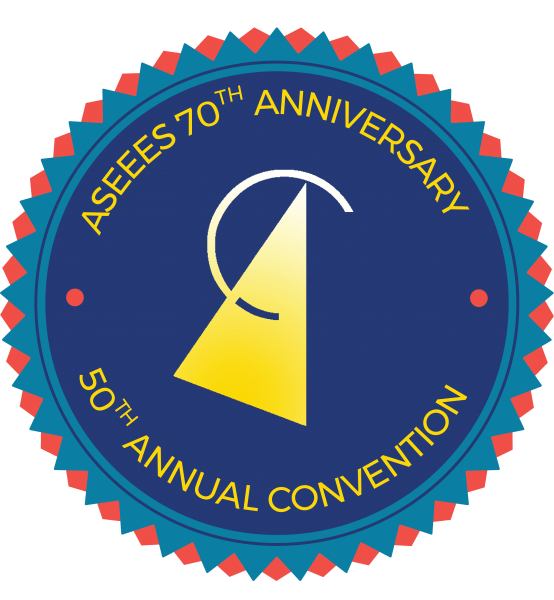 More information can be found on the
conference website. 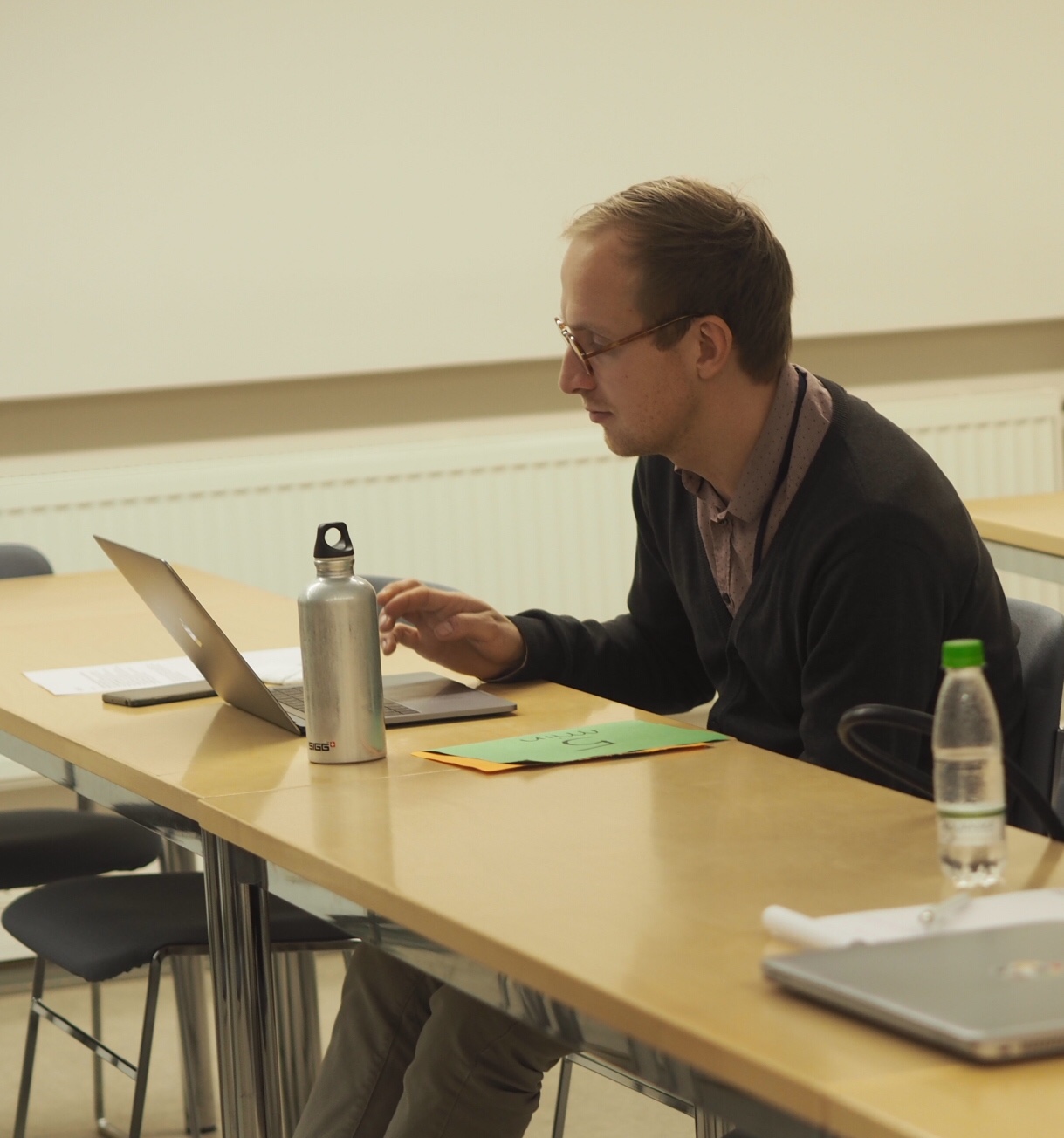 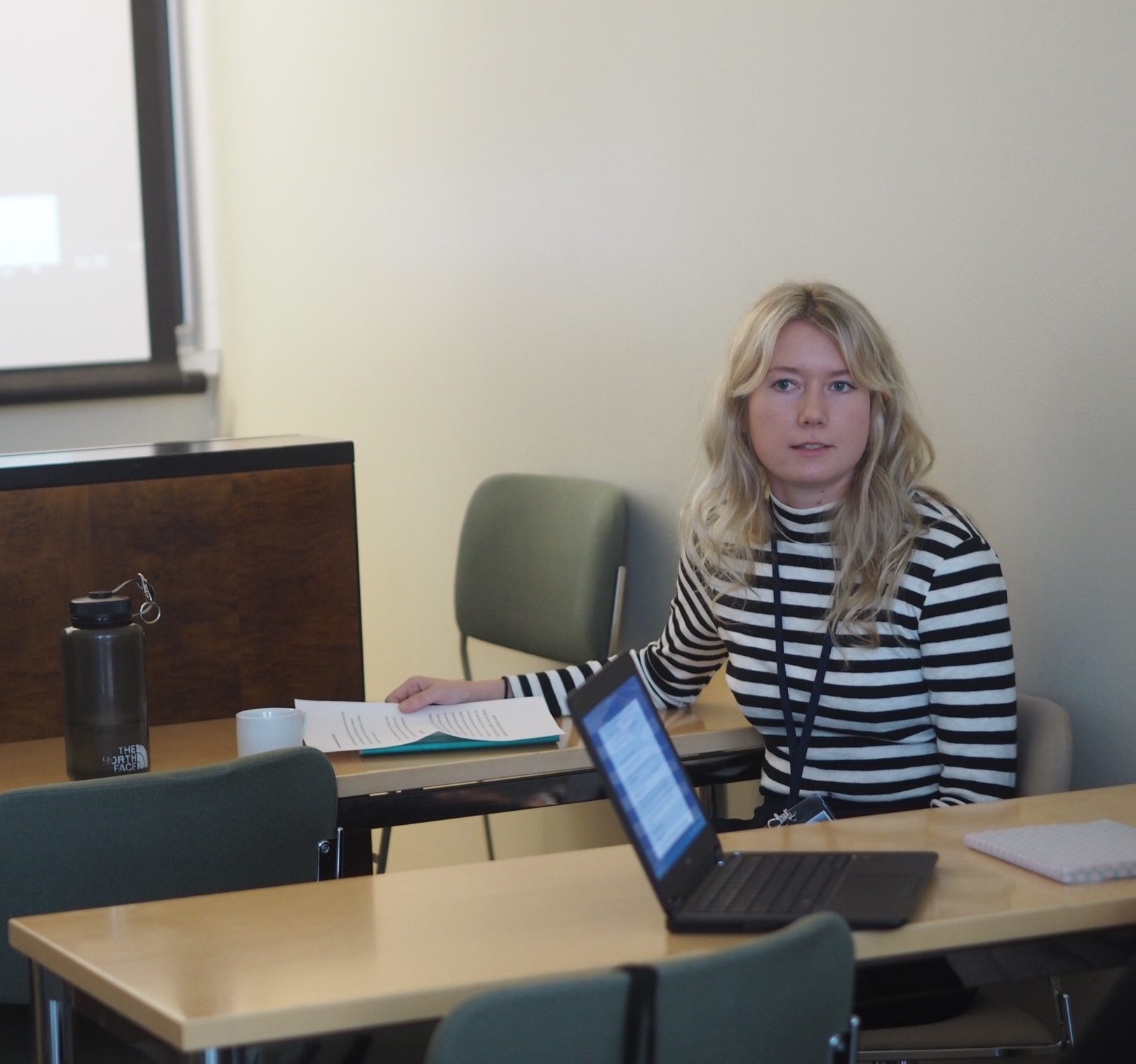 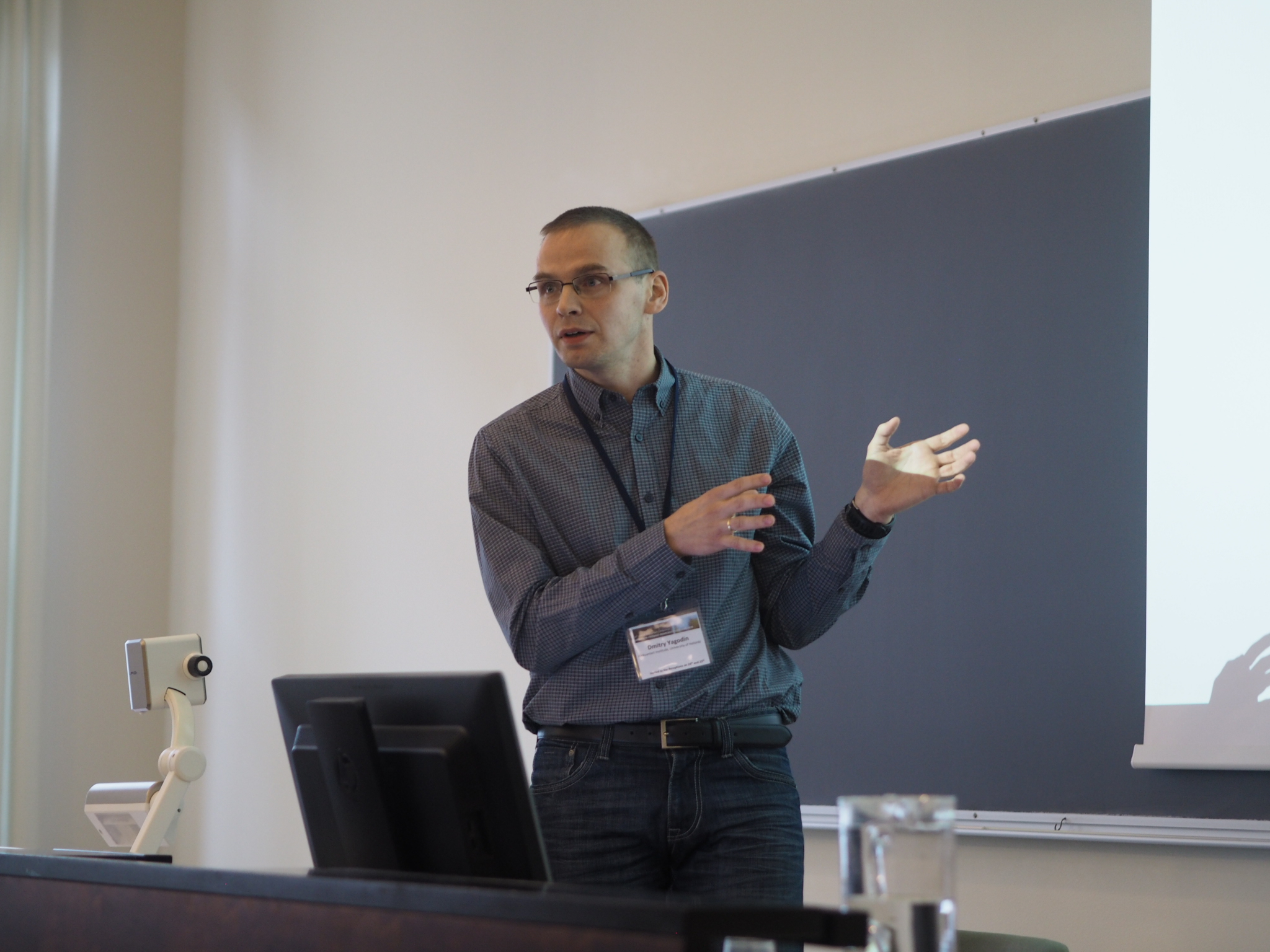 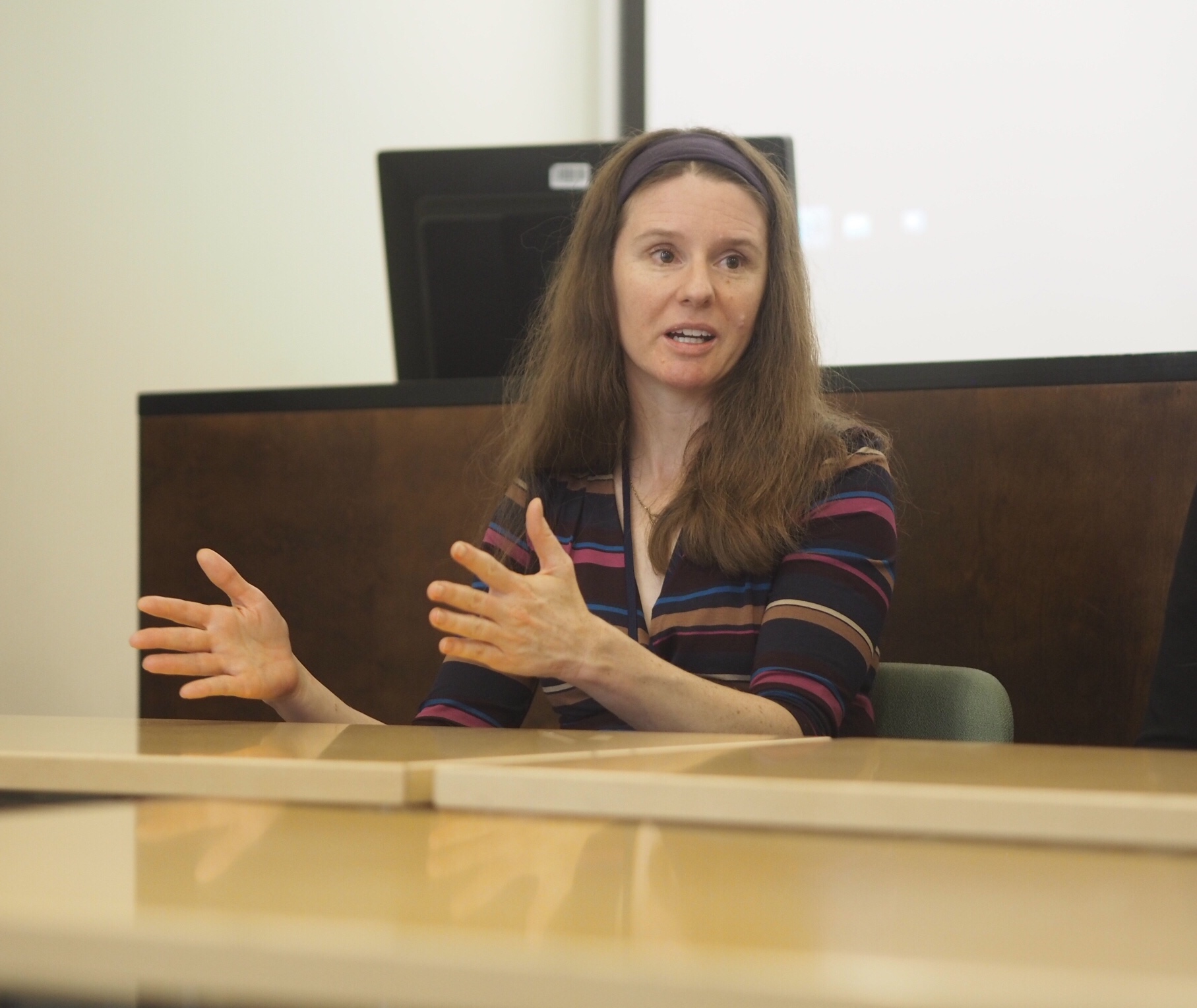 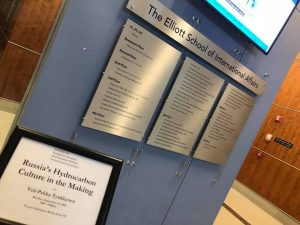 On 24th-25th of May researchers involved in Arctic PIRE project from the USA and Russia came to Helsinki for the networking event. The 2-day Arctic Sustainability conference consisted of a workshop and several external visits.

During the workshop, organised on 24th of May, the researchers presented their ongoing projects. Professor Veli-Pekka Tynkkynen introduced his research group and its activities. Professor Robert Orttung talked about the Arctic Urban Sustainability Index, development of which is the goal of Arctic PIRE project. The Index is based on economic, social, environmental, governance, and planning indicators, which the project members try to evaluate. Graduate Research Assistant Nina Feldman presented her and Professor Nikolay Shiklomanov’s and M.S. Luis Suter’s work on the environmental indicators and showed a video from the summer 2017 field course in Salekhard, Labytnangi, and Vorkuta. Luis Suter spoke about his research on the second day as well. Professor Matthew Berman talked about his research on economic indicators, while Dr. Vera Kuklina and Dr. Marya Rozanova-Smith spoke about the social indicators, the data on which they collected during their field work in Yakutia and Naryan-Mar, Salekhard, Novyi Urengoy, respectively. Marya Rozanova, for example, did over 500 interviews with educational specialists, 14-16 years old school children, and governmental officials, and stressed the need for the regional Arctic University in the area.

On the first day several other research areas of the Arctic PIRE were prsented. Post-doctoral researcher Stephanie Hitztaler from our research team talked about “Родные города” initiative by Gazprom – a new take on corporate responsibility that tries to attach people to the cities they are working in. Arctic PIRE alumni Carly Giddings spoke on SMEs and entrepreneurs in the Arctic region, and Professor Nadezhda Zamyatina touched the issue of place attachment. Dr. Timothy Heleniak, who is currently working at Nordregio, updated the participants on the work of the research centre. Graduate research assistant Beth Short talked about her project #60above60, which aims at enhancing student understanding of sustainability, action and solving problems of global significance. During her stay in Helsinki Beth met with some of school teachers, so hopefully this important social project will have representatives in Helsinki too.

On the second day conference participants first had a meeting at the Ministry of the Environment with Ministerial Adviser Henna Haapala and Arctic Ambassador Aleksi Härkönen. Henna Haapala introduced the work of the Ministry on the sustainable development in Finland, and Aleksi Härkönen spoke about the Arctic Council and its priorities. Their presentations were followed by the question & answer session. Both speakers urged the scholars to send their research results to the governmental stakeholders. They also noted the importance of sharing good practices in the Arctic between the Arctic states.

In the afternoon the participants went to the Finnish Association for Nature Conservation headquarters, where they met with FANC Head of the Environmental Policy Jouni Nissinen and Greenpeace Campaigner Laura Meller.

Jouni Nissinen spoke about the FANC, which focuses on the protection of nature and environment in Finland and the outside world too – according to Nissinen, Finland as a wealthy nation cannot stay aside. Nissinen talked about the organisation’s achievements, challenges it faces, the FANC symbol – Saimaa ringed seal + the only endemic animal of Finland. Laura Meller also talked about what her organisation does in terms of environmental protection, both in Finland and abroad, and Greenpeace perspective on the Arctic region and its projects in the area, for example, “Save the Arctic”, that was launched in 2012.

After the visits, the final meeting of the conference started. Professors Alexander Sergunin and Jim Powell spoke about the planning/implementation indicators, and research assistants Claire Franco and Katherine Weingartner about the governance ones. The meeting was concluded with Bob Orttung’s final remarks and planning for the next steps of the Arctic PIRE project.

The Arctic Sustainability conference was a success, as it brought together scholars from different countries and disciplines, who received two days of fruitful discussion. The conference will serve as a good foundation for future cooperation with the researchers, involved in the Arctic PIRE project. 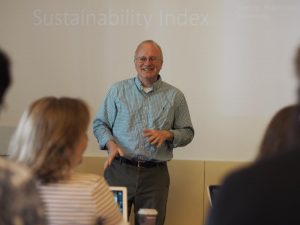 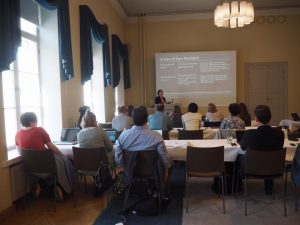 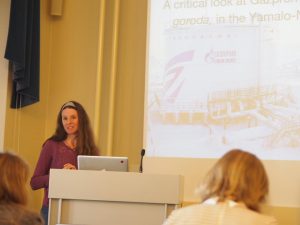 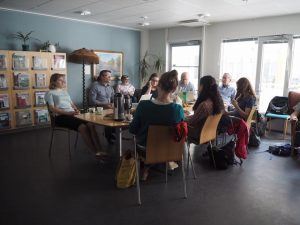 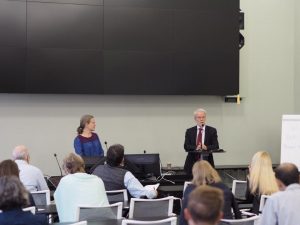 Annual Artic PIRE project meeting was organised on 6-7 of November at the University of Northern Iowa, Cedar Falls, USA.

From our group Stephanie Hitztaler attended and gave a presentation on Fossil Fuels and Sustainability – conceptual framework that she and Veli-Pekka Tynkkynen are working on.

The meeting programme is available here.

A new book “Oppimisen tulevaisuus” (The future of learning) with a chapter “Arktisten kaupunkien kestävyys ja oppimisen haasteet” (Sustainability of Arctic towns and the challenges of learning), co-written by Stephanie Hitztaler and Veli-Pekka Tynkkynen, was published this month by Gaudeamus. 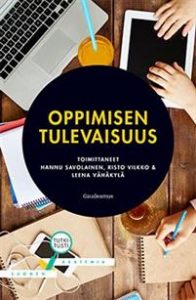