On 21st of January the members of the new Flowision project had the first meeting. The researchers and the journalists discussed the plans for the next 4 years that the project will be running. An ambitious endeavor like this requires a lot of planning and cooperation, but with such an amazing team we feel that everything is possible. Make sure to follow the development of Flowision in this blog and the project’s social media. 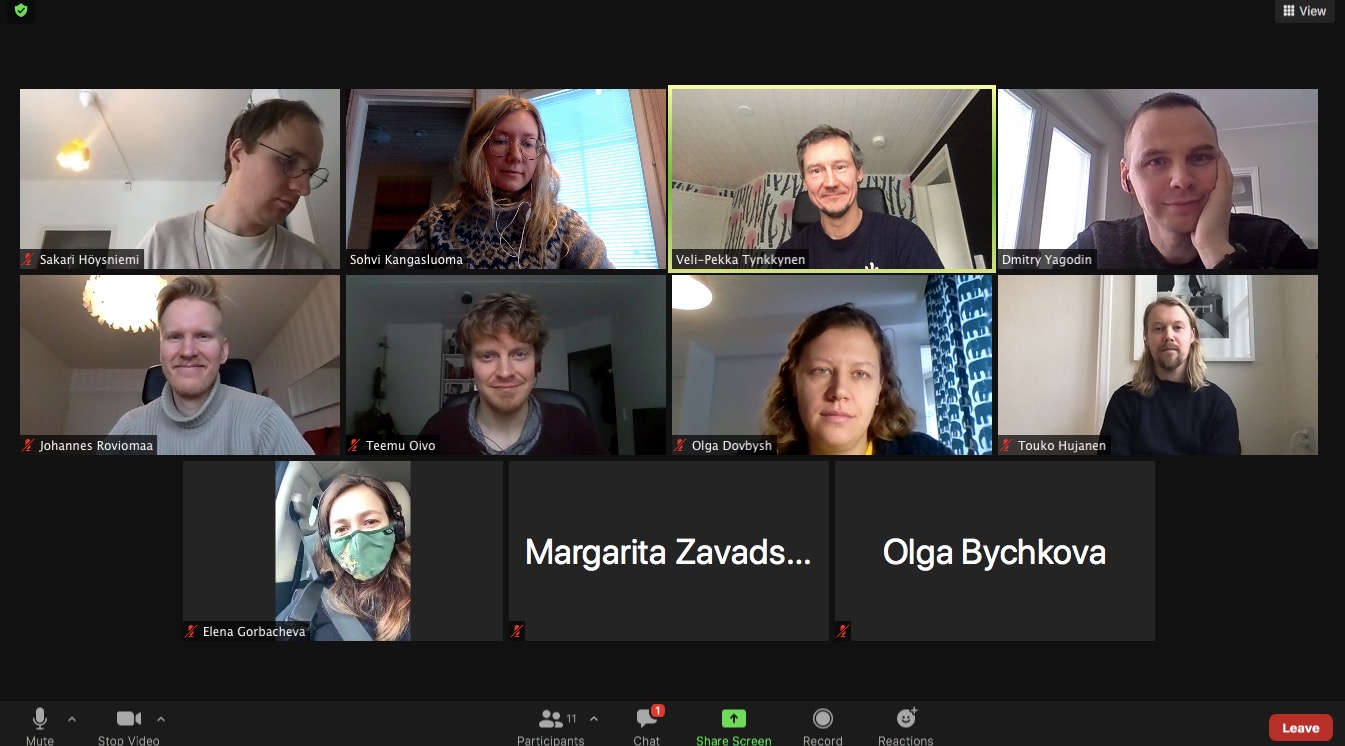 On the 3d of December, Kone Foundation announced the recipients of its 2020 grant call, and our research group received its largest grant for our new project FLOWISION.

“In the Changing “neighbournesses” of Finland funding programme’s now-ending, last thematic grant call, Sustainable Development, Russia, and Finland, the biggest grant went to Associate Professor in Russian Environmental Studies Veli-Pekka Tynkkynen and the FLOWISION consortium’s project. The project’s researchers, journalists, and documentary filmmakers are aiming to make the flows of energy and waste visible. In so doing, they say, it is possible to reveal the political dimension of resource flows and to compare practices in Finland, Russia and elsewhere.

Besides Tynkkynen, also involved in the project are: doctoral researchers Elena Gorbacheva, Sakari Höysniemi, Sohvi Kangasluoma, and Teemu Oivo, along with postdoc researchers Olga Dovbysh, Dmitry Yagodin, and Margarita Zavadskaya. Providing the artistic-journalistic component are photojournalist Touko Hujanen, journalist Johannes Roviomaa and documentary film director Niko Väistö. From the Russian side, the project will be joined by Dr. Olga Bychkova, Head of STS Center at the EU SPb, and a doctoral student.